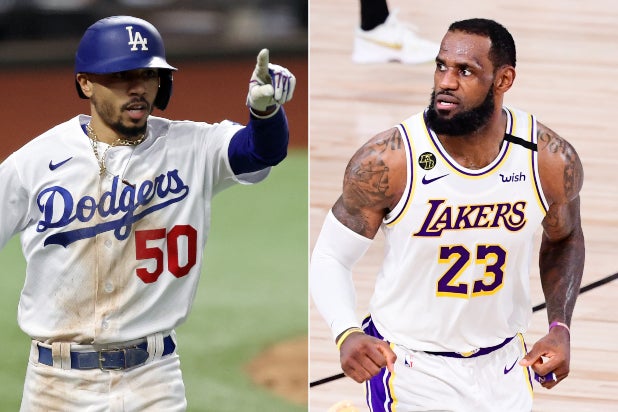 The World Series may have sunk to a record low TV audience, but the 2020 edition of the Fall Classic did accomplish something that hasn’t happened in four years. It drew a larger audience than the NBA Finals.

The Los Angeles Dodgers’ six-game victory over the Tampa Bay Rays to claim the franchise’s first title in 32 years averaged 9.72 million viewers. In comparison, the six-game NBA Finals drew 7.4 million earlier this month, losing nearly half of its audience from last year.

That last time the World Series out-drew the NBA Finals was in 2016 in what was a battle of two all-time classic championship series.

Lebron James and the Cleveland Cavaliers’ shocking comeback victory over the Golden State Warriors (who were coming off a record 73-win season) averaged just shy of 21 million viewers, bolstered by 30 million watching Game 7, the NBA’s most-watched game since the Michael Jordan era. The only problem? The Chicago Cubs won their first title since Teddy Roosevelt was president, needing seven games and an extra-inning finish to do it. More than 40 million people watched that final game, which was enough to push the World Series to average more than 22 million viewers.

This year the circumstances were far different. Despite featuring James and the popular Lakers, the NBA Finals were played four months later than usual in a sterilized, fan-less bubble environment. However, the NBA did manage to finish its season without a single positive COVID-19 test, while the World Series narrowly avoided a catastrophe when Dodgers’ infielder Justin Turner tested positive during Tuesday’s game. Were the Rays to force a deciding Game 7, it almost surely would have been postponed from tonight.

The year overall has seen sports TV ratings crash into virus and election coverage, which have dominated the airwaves all year. The World Series, we’ll remind you, also set a record low this year, falling almost 3 million below the previous record holder (12.64 million who watched the San Francisco Giants sweep the Detroit Tigers in 2012).