4 Anime Series To Watch If You Like ‘Squid Game’

The South Korean survival series Squid Game has become a worldwide phenomenon. After its debut, the series has remained on the Netflix Top 10 List. In addition, it’s on track to become the streaming platform’s biggest series ever. If you’re an anime fan that just finished the survival drama, here’s a list of anime series to watch that are similar to Squid Game.

Based on Spike Chunsoft’s video game, Danganronpa: The Animation is a television adaption that follows 16 high school students trapped inside Hope’s Peak Academy. A robotic bear, known as Monokuma, tells the students they cannot leave until they complete one task: they must kill another student without getting caught by their peers.

In 2013, the animated series aired on MBS’ Animeism programming block. Also, there is an exclusive extended version of the final episode included in the DVD release. The game series spawned an anime-original sequel, titled Danganronpa 3: The End of Hope’s Peak High School. The animated series is available to watch on Hulu and Funimation.

‘Kaiji: Ultimate Survivor’ has a similar storyline to ‘Squid Game’

With a similar premise to Squid Game, Kaiji: Ultimate Survivor follows a young man named Kaiji Itou. Since he has a crippling gambling addiction, Kaiji is offered a deal to participate in an illegal gambling match onboard a cruise ship. But, Kaiji soon finds himself in a terrifying death match filled with deceit, mind games, and manipulation.

Based on the manga series by Nobuyuki Fukumoto, the young man encounters the terrifying aspects of the human survival instinct. The anime series is currently available to stream on Crunchyroll.

‘High-Rise Invasion’ on Netflix brings all the gore and thrills 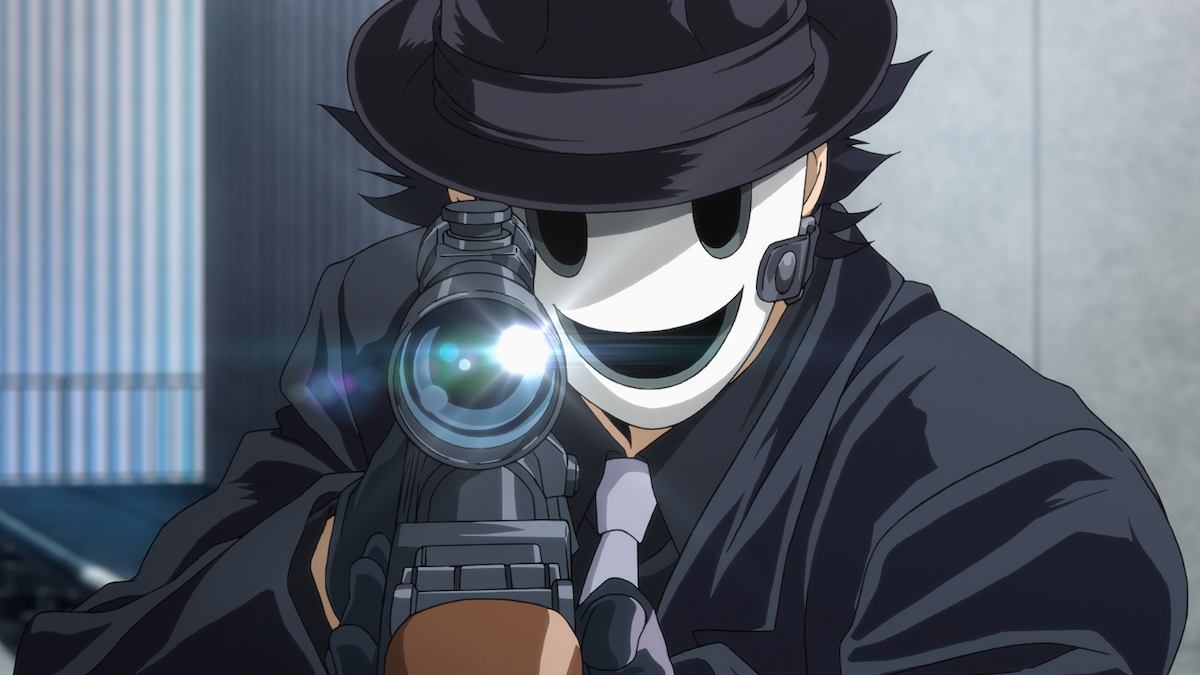 The Netflix animated series High Rise Invasion follows a high school student named Yuri. She finds herself on top of a skyscraper, where people are hunted by masked killers. Yuri bands together with other players to find her brother and escape the deadly game.

Like Squid Game, the people must kill other contestants to survive. Also, there is a game master that is in charge of the entire operation. Although there are no psychological games to play like in Squid Game, the players must fight to survive in the strange world. The first season consists of 12 episodes. As of right now, the series has not been renewed for a second season.

‘Squid Game’ has an undeniable parallel to ‘Mirai Nikki’

In addition, the diary gives each player a special ability. Based on the manga series written and illustrated by Sakae Esuno, the story has undeniable parallels to Squid Game. The narrative centers around normal people fighting to survive in a deadly game, exposing their inner monsters. The first season of the animated series is available to stream on Hulu.