5 Things the Make No Sense About 'Better Call Saul'

Breaking Bad became a cultural phenomenon with a huge, devoted following eager to learn more about Walter White, Jesse Pinkman, and all the rest of their favorite characters. Their wishes were answered in the form of a spinoff prequel called Better Call Saul. The new series explored how the sleazy criminal lawyer Saul Goodman got to be so corrupt.

Better Call Saul has plenty of overlapping characters with Breaking Bad, but ultimately it’s a unique show with its own story to tell. Some episodes are ranked just as high if not higher than the best episodes of Breaking Bad.

However, even though Better Call Saul is a critical success, there are a few details that just don’t add up. 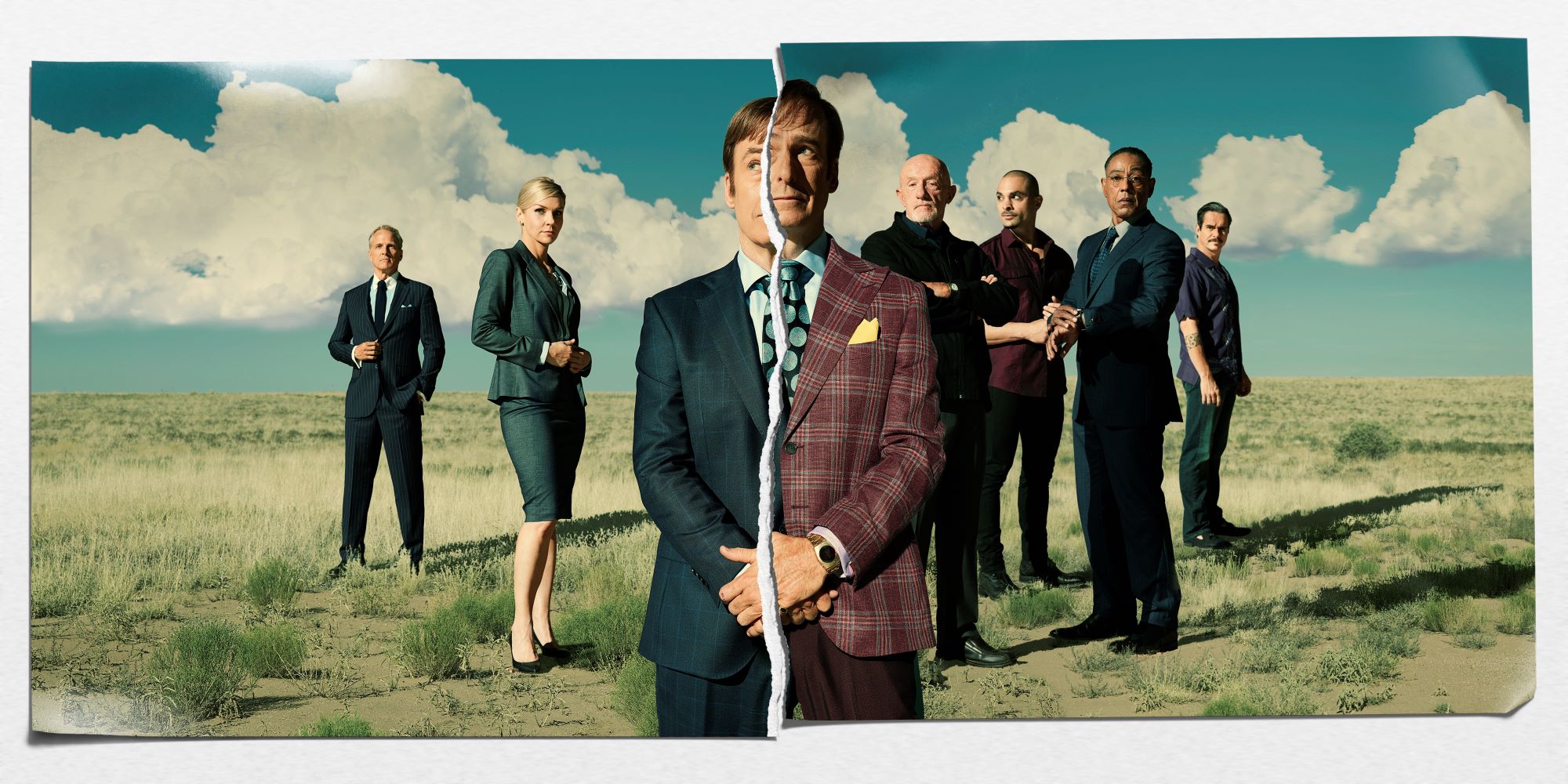 What happens to Kim Wexler?

The sixth season of Better Call Saul is still in the works and showrunner Peter Gould promised it will tie up loose ends in a way that makes sense for the characters. But until then, fans have so much anxiety over the fate of their favorite character, Kim Wexler.

Kim is nowhere to be seen in Breaking Bad. But she’s a central figure in Better Call Saul and even gets married to Jimmy McGill (who later becomes Saul Goodman). We know based on future comments that he never gets divorced for a third time. That means when Breaking Bad begins, Kim is either dead or just gone.

As of this moment, Kim’s fate makes no sense. But hopefully after season 6 the fans will have some answers.

Jimmy McGill is much more decent than Saul Goodman

Breaking Bad showrunner Vince Gilligan didn’t pre-plan the spinoff Better Call Saul and so he didn’t write the character Saul Goodman with any agenda in mind. Because of that, Saul makes plenty of comments that Better Call Saul writers had to contend with, like when he jokes about sexually assaulting his assistant Francesca.

Bob Odenkirk, who plays Saul, even admitted it made no sense when he made a joke about following her home.

“The one thing that doesn’t fit yet,” Bob Odenkirk told Variety, “is when his assistant is walking away in the first scene, and he makes some wisecrack about wanting to grab her ass. Why would he do that? I don’t understand.”

That’s only one of several lines that showrunners had to contend with, but it was one of the hardest to overcome.

What disease did Chuck McGill really have?

One question that never gets answered in Better Call Saul is what, if anything, is really wrong with Jimmy’s brother Chuck. Chuck has a brilliant legal mind but is forced to take a sabbatical from work due to his alleged electromagnetic hypersensitivity (EHS) which makes it impossible for him to be around electricity of any kind.

During the first four seasons, it’s unclear to fans if Chuck really has EHS or if it’s all in his head, which Jimmy famously “proves” while pulling a con with Huell’s help. This prompts an epic tirade from Chuck. In the season 4 finale, Chuck intentionally takes his own life by setting his house on fire.

Besides Kim, Lalo Salamanca is one of the most important characters on the series. But Gilligan admits that he almost skipped adding him to the Better Call Saul roster. Lalo was conceived from a line Saul delivered in Breaking Bad after being kidnapped by Walt and Jesse.

“No, it wasn’t me. It was Ignacio [Nacho]. He’s the one,” Saul says before breaking into Spanish. Jesse tells Saul to speak English and he asks, “Lalo didn’t send you?” He’s relieved when Jesse says no and says, “Oh, thank God.”

But that scene almost never happened. “I’m embarrassed to admit this now, but back in Season One or Two, when I was more active on the show, Peter [Gould] kept saying, ‘We’ve gotta answer who Lalo is,’ and I finally said, ‘I don’t know that we need to answer every single question,” Gilligan recalled, according to NME. “Man, was I wrong.”

Why does Jimmy McGill sabotage himself?

There are so many instances of Jimmy getting the opportunity to turn his life around and then either neglecting or deliberately sabotaging his chances. Better Call Saul is frustrating for fans because of this constant emotional roller coaster. It’s made even more tragic knowing how Jimmy turns out — as Saul, and then later, as Gene Takovic, toiling away at an Omaha Cinnabon while hiding from his past.

But there is room for redemption. The flash-forward scenes of Gene show Saul’s future and prove that there’s hope for Jimmy finally finding happiness in a post-Breaking Bad world. Season 6 will answer those questions and more.

Better Call Saul Season 6 is scheduled to debut in 2021. ‘RHOP’ Star Monique Samuels Went to ‘Many Therapy Sessions’ After Candiace Dillard Fight
We and our partners use cookies on this site to improve our service, perform analytics, personalize advertising, measure advertising performance, and remember website preferences.Ok