7 Classic Movies to Watch on TCM in February

Why Should I Watch? Director Norman Jewison crafts one of the tautest crime dramas of the 1960s that, on top of the suspense, should have nabbed leading man Sidney Poitier an Oscar. The film follows detective Virgil Tibbs (Poitier) as he investigates a murder in a Southern town. The movie was groundbreaking, at the time, for its depiction of Poitier as a Black cop entering the South. One of the film’s most memorable moments sees Poitier slap a white man who hurls a racial slur at him. In 1967, that was the slap heard round the world. Alongside that, you have an Oscar-winning performance by Rod Steiger as Tibbs’ reluctant partner and a searing performance from Lee Grant. “In the Heat of the Night” airs February 4. 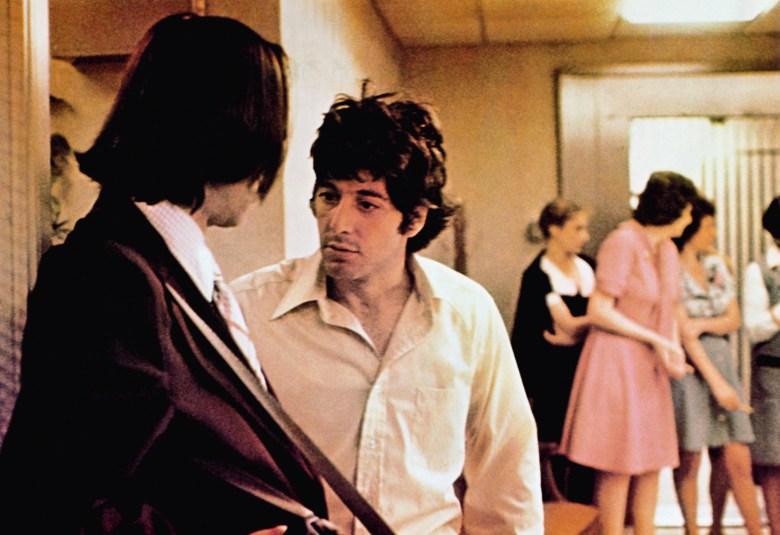 Why Should I Watch? I’m jealous of those experiencing “Dog Day Afternoon” for the first time because it’s such a whirling dervish of emotions and edge-of-year-seat suspense. Then again, even if you’ve seen it for the thousandth time you’ll still find something new to grab onto. Al Pacino, in a role that (I’ll say it again) should have gotten him an Oscar, plays bank robber Sonny, whose attempts to make a clean getaway with some life-changing money goes pear-shaped from the start. For a movie that predominately takes place in one location you’re riveted to the screen the entire runtime. The film’s also an actor’s showcase with the late John Cazale giving one of five career-defining performances in his short life. If you want to see some of the best acting the 1970s had to offer it can be found here. Catch “Dog Day Afternoon” on February 7. 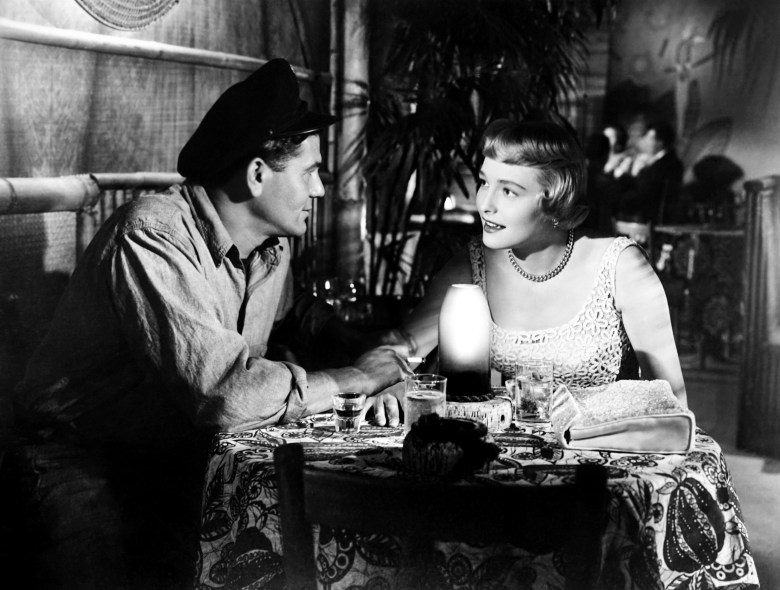 Why Should I Watch? Martin Scorsese has talked before about the influence of actor John Garfield on his features, particularly “Mean Streets” and “Goodfellas.” If that’s not enough reason to devote your Tuesday evenings to watching his Star of the Month block of programming, I don’t know what else to tell you. Actually, I do. I could have picked a lot of great Garfield movies to include here, but 1950’s “The Breaking Point” is a must, not only because Scorsese has talked about his appreciation for it, but because it’s an example of Garfield’s power with great material. A remake of Humphrey Bogart’s “To Have and Have Not,” the story sees Garfield play a fishing boat captain coerced into a series of illegal activities. Not only do you get to see Garfield at his most serious, you also see the power of actress Patricia Neal, what an amazing noir director Michael Curtiz was, and how many movies have been influenced by this feature alone. “The Breaking Point” airs February 10. 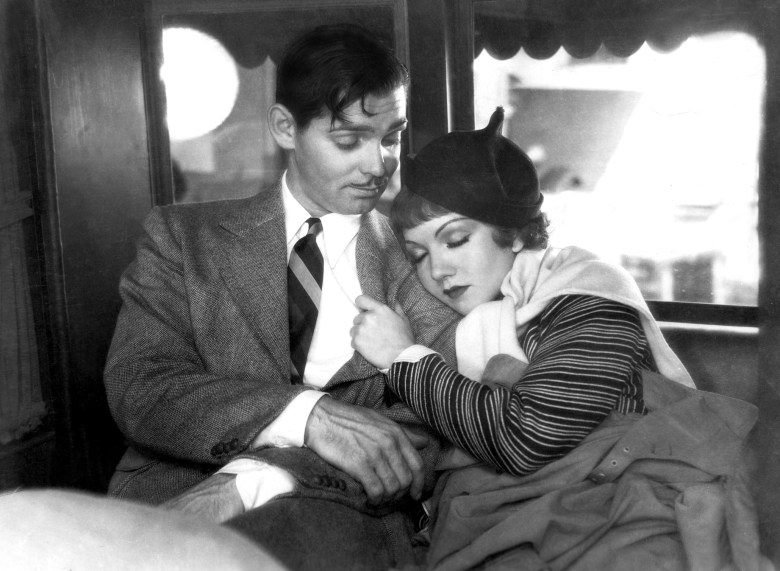 Why Should I Watch? The grandaddy of screwball comedies, it’s impossible not to laugh during this Frank Capra masterpiece. Claudette Colbert plays the daffy heiress trying to run into marriage, and Clark Gable is the newspaper reporter determined on breaking the story on her. Released during the height of the Great Depression, the movie attempted to showcase reality wrapped around Colbert’s world of wealth and privilege. But Capra doesn’t just want to deliver a message, he also wants you to laugh — and laugh you will. The scene wherein Gable and Colbert act like a married couple to fool some cops doesn’t fail to put a smile on my face. Celebrate Valentine’s Day with “It Happened One Night” on February 14. 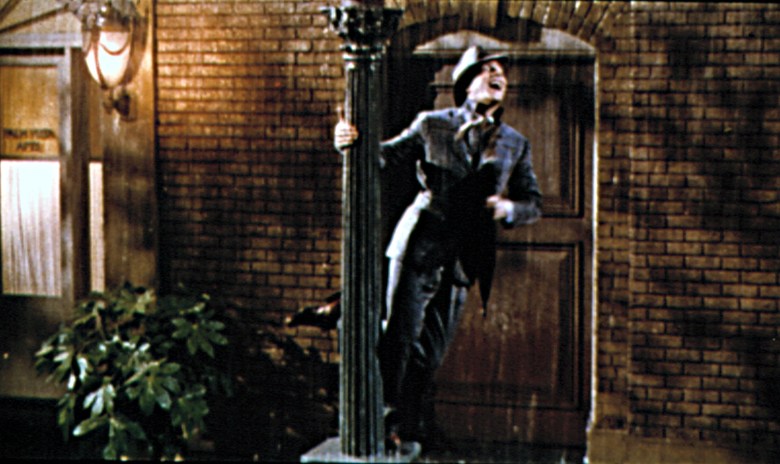 Why Should I Watch? Why shouldn’t you watch one of the best classic films in the world? Okay, that might be too strong but “Singin’ in the Rain” is Classic 101, right next to “Casablanca” from 1942. Gene Kelly stars as silent film actor Don Lockwood who must deal with the transition to talkies with a song and a smile. This movie is pretty much perfect. It’s romantic, funny, has catchy songs, and gives you a brief history lesson. There’s nothing about this movie I dislike, and it’s the perfect starter film if you want to get into Old Hollywood. If anything, you’ll want to imitate Jean Hagen’s memorably squeaky voice. “Singin’ in the Rain” airs February 18. 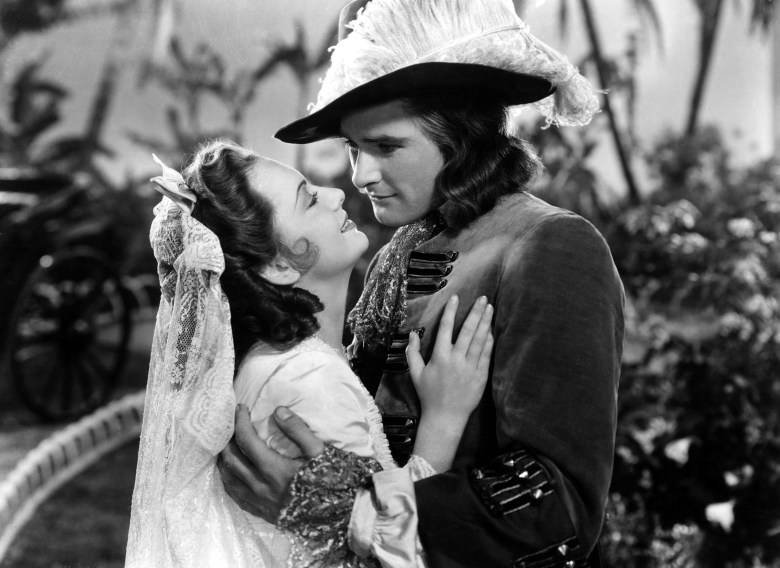 Why Should I Watch? Let’s get the elephant out of the room: Errol Flynn, as a person, is one of many problematic stars of classic Hollywood. That being said, he’s utterly magnetic on-screen and “Captain Blood” is one of the most entertaining films you’ll watch. Flynn plays, appropriately enough, the character of Peter Blood, a doctor forced into piracy. In his quest for justice he falls in love with a beautiful woman, played by the glowing Olivia de Havilland, and travels the high seas with sword in hand. If you’ve always wanted to understand where the “Pirates of the Caribbean” franchise got its excitement, you have to watch “Captain Blood.” It airs on TCM February 22. 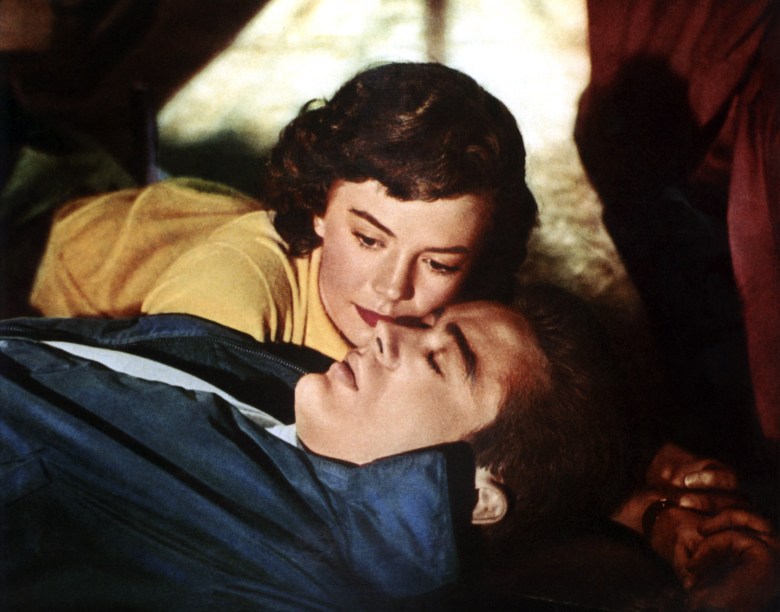 “Rebel Without a Cause,” top to bottom: Natalie Wood, James Dean, 1955

Why Should I Watch? The era of the juvenile delinquent in the 1950s is so fascinating, mostly because these movies feel either very dated or overly prescient. In the grand pantheon of best teen films you get Nicholas Ray’s “Rebel Without a Cause,” the story of three Los Angeles teens trying to find themselves in the world of underprotective parents. The main reason to watch it is for James Dean’s utterly luminous performance; it’s hard to ignore the “curse” element of this movie considering Dean and co-stars Sal Mineo and Natalie Wood would all die young. It captures what teens were perceived to want at that time — stability and connection — in a way that feels fresh. On top of that, the look at 1950s Los Angeles is fascinating to see. “Rebel Without a Cause” airs February 28.