There’s nothing soap fans love more than a good murder – it doesn’t make them sound like the most upstanding of citizens, but it’s true. In fact, the more cold and calculated the better.

But what happens when the character that we thought was dead and buried makes a shocking reappearance? Soap writers just love to keep viewers guessing – and sometimes they have us fooled hook, line and sinker. But there are other times when soap fans have been one step ahead of the game…

Here are nine shocking soap deaths that turned out to be total bluffs – did any of them have you fooled? 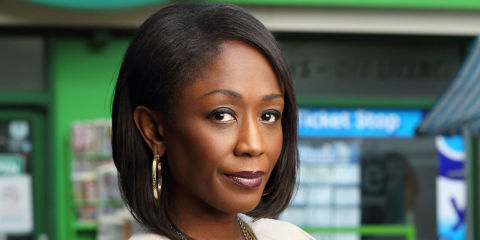 Denise being apparently murdered by deranged vicar husband Lucas in 2010 left EastEnders viewers outraged. First he smothered her in the car, seemingly dumped her body in a canal, and then went out to murder a prostitute so that he could use her body to identify as Denise.

But while Denise’s family thought she had taken her own life, little did they know Lucas was holding her hostage next door – literally. She escaped his clutches a few weeks later and turned up back at home – much to her family’s surprise, and ours! 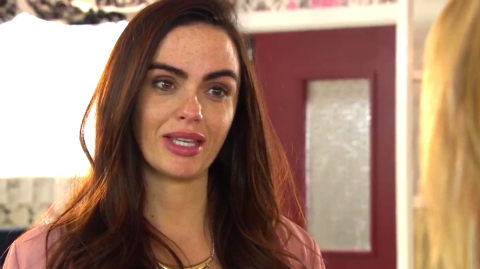 In November 2014, Hollyoaks viewers watched in shock as Mercedes McQueen was brutally stabbed. With her lifeless body then dragged off, viewers then saw someone doing a thorough clean-up of the crime scene.

But it turns out Jennifer Metcalfe’s much-anticipated exit from the show was in fact just a break – but no-one guessed! By February the following year, it soon became apparent that she had actually faked her own death. Instead she was alive and well, living in a huge house in Nice, France. With no press spoiling the surprise, this was one fake soap death that seemed to have viewers totally shocked. 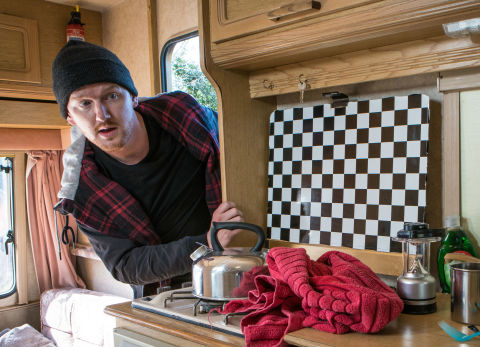 Last year, fans were left stunned when Sarah received a phone call telling her that Gary had been killed in action. She refused to believe it was true, until his St Christopher was found amongst the explosion wreckage, forcing her to accept that her fiancé was gone.

But just a few days later he turned up in the Platts’ living room – leaving Sarah speechless when she returned home to find him making a cup of tea. But, sadly for Corrie, the plan to make fans believe Gary was really dead fell flat because of a press leak. Before the end credits had even rolled, viewers had taken to social media to share their theories on Gary’s fake death… 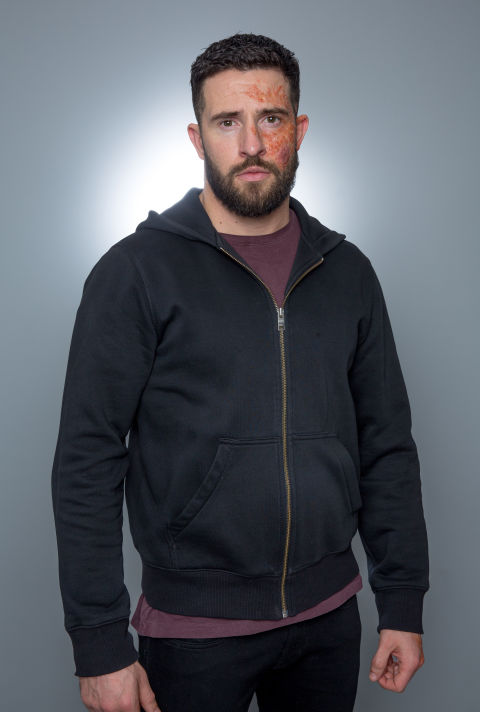 Remember that time everyone thought Pete had killed his own brother – for almost a whole month? After the pair had an almighty punch-up in August 2015, Pete left Ross with a head injury that everyone thought had killed him. He then shoved his lifeless body into the boot of his car, drove him to some woods, and dumped Ross’s body before covering it with leaves.

Actor Michael Parr even took to social media to make the bluff more believable by tweeting about how he’d been to auditions to find more work. In fact, fans were so taken in, they started a petition to bring Ross back – and it got more than 5,000 signatures. But at the end of the month, viewers were stunned when Ross was seen lying in a hospital bed, opening his eyes. There’d been no need for the petition after all.. 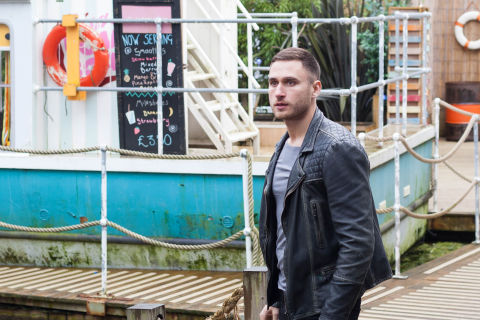 A victim of the notorious Gloved Hand Killer, Freddie Roscoe was presumed dead when mass murderer Lindsey injected him with potassium chloride after finding out he was planning to run away to Valencia with Mercedes McQueen.

Luckily for the viewers, this fake death didn’t string us along for long and in the next episode we saw Freddie’s hand move – revealing he was alive. Although we knew that Freddie was in witness protection to help DS Thorpe uncover who the Gloved Hand Killer was (not realising it was his own wife!), the rest of Hollyoaks was kept in the dark until he made a comeback on New Year’s Eve when he chatted up Ellie Nightingale in a club. 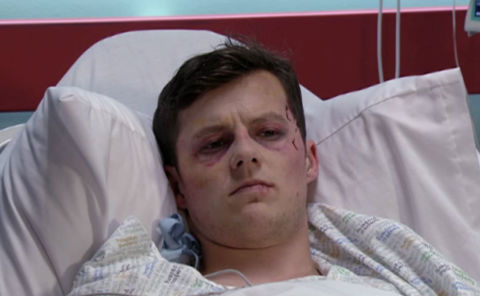 When EastEnders announced that Ben Mitchell would be meeting his maker in an upcoming storyline, everyone saw right through their bluff. With actor Jonny Labey already announcing his departure from the show, it didn’t take a genius to work out it would be Paul who died, not Ben.

But despite the fact the death bluff didn’t really work, it didn’t make Paul’s death any less shocking. The pair had been on a night out when they were attacked, leaving Paul dead and Ben with serious injuries. Kathy and Phil had been told by the police that they’d found a body they believed to be their son, only for a disorientated Ben to wander back into the Square the next morning. 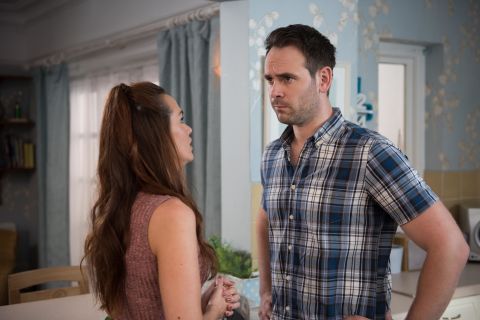 Viewers believed Joe was dead for a whole month after Grace left him tied up in some abandoned council flats on the night they were being demolished. Fraser Black even told Joe’s brother Freddie that he’d found the body and disposed of it – leading everyone to believe he really was a goner.

But the truth was revealed when Joe was seen lying in hospital in a coma. At this point we still didn’t really know what the outcome was going to be for poor Joe, but he definitely wasn’t dead and buried like Fraser claimed. 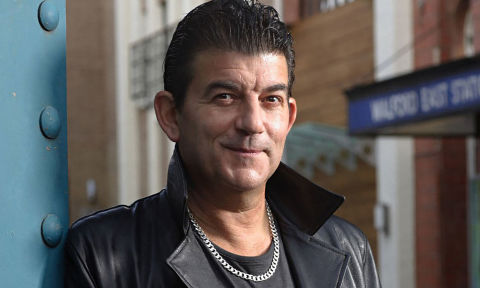 When poor old Dot Cotton got a call to say her son Nick had died in 2014, no-one was that surprised to hear he’d met his maker. After all, Nick wasn’t exactly known for his clean and healthy living, was he?

But it didn’t take viewers long to realise something fishy was going on when Dot’s grandson Charlie started having shifty conversations with undertaker Les Coker. Fans then got really suss when the dodgy pair refused to let Dot see her son’s body. In the end, it was Carol Jackson who discovered Charlie had helped Nick fake his death, and it wasn’t long before John Altman, who played Nick, was back on our screens.

Eventually Nick really did die when he took a fatal drug overdose. This then led to his long-suffering Ma ending up in prison after confessing she didn’t call an ambulance when she discovered him close to death. 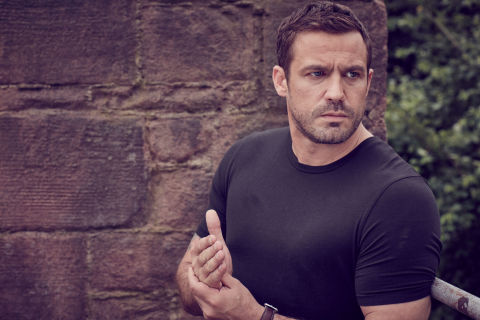 Warren is like a bad penny in Hollyoaks – you get rid of him, but he just keeps on coming back. His most notorious exit came when he was crushed by a huge ceiling mirror in a fire at The Loft… and with over a year between his apparent death and him coming back to the show, viewers definitely thought he’d met an untimely demise. Little did they know the force of the falling mirror actually pushed him through the burning floor of the nightclub and into the building’s cellar.

When Warren finally returned, it’d been so long since anyone saw him that Tom Cunningham thought he’d seen a ghost. Little did Hollyoaks’ residents know, Warren was actually in a relationship with Mandy Richardson and had come back to help her destroy Tony.