'90 Day Fiancé': Kalani Faagata Fights With Asuelu Pulaa's Sister on the New Season of 'Happily Ever After' Asuelu Pulaa and Kalani Faagata of TLC’s 90 Day Fiancé met when 31-year-old Kalani met 25-year-old Asuelu on vacation in his home country of Samoa. Kalani, who hails from Orange County, CA, was raised in the Church of Jesus Christ of Latter-Day Saints and planned to save herself for marriage. But when she fell head over heels for Asuelu, he and Kalani conceived a child.

Now, Asuelu and Kalani are a happily married couple and the proud parents of two young sons, Oliver and Kennedy. TLC recently announced that the couple would be appearing on the fifth season of 90 Day Fiancé: Happily Ever After, which premieres on Jun. 14.

Teaser trailers for the upcoming season reveal that there’s trouble in paradise between Kalani and Asuelu—especially when it comes to the stress of parenting and conflicts between their families. 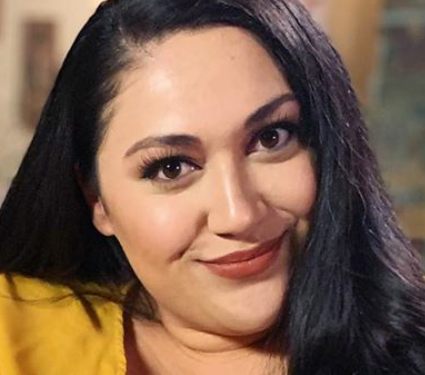 This won’t be the first time that Asuelu and Kalani have faced family conflicts on their journey to wedded bliss. Kalani’s father and several other family members had major doubts about Asuelu’s motives for marrying Kalani on their first season.

In one clip, Kalani andAsuelu’s sister nearly have a physical confrontation after Asuelu’s sister tellsher sister-in-law in no uncertain terms, “I already told Asuelu that I don’tlike you.”

But Asuelu’s sister stirsthe pot, retorting angrily, “No, we’re not.”

“I don’t want to haveanything to do with it!” Kalani yells back, before family members have to holdAsuelu’s sister back from charging her brother’s wife.

Later, a stone-faced, miserable Asuelu watches his wife as she lets him know exactly what she would have done if his sister hadn’t been held back. “If your sister would have touched my f***ing body, I would have dropped her. Period,” Kalani exclaims.

RELATED: ’90 Day Fiancé: Happily Ever After’ Sneak Peek: Larissa Dos Santos Lima Is Reportedly Ready to Share It All on OnlyFans

That’s not the only thing coming between Kalani and Asuelu on the upcoming season of 90 Day Fiancé: Happily Ever After. While Kalani seems to be stressed and struggling with the challenges of parenting two young boys, Asuelu appears to write off her concerns as whining.

“Having two kids has beenthe most difficult thing I have ever done in my life,” an exhausted-lookingKalani admits in one clip. “Nonstop screaming, nonstop, laundry, nonstopfeeding.”

But Asuelu seems nonchalantabout Kalani’s stress levels. “Mother’s job is not really hard,” the 90 DayFiancé star claims as his wife stares daggers at him. “They’re just lookingafter the kids and cleaning the house.”

“I don’t know if I can keep doing this anymore,” Kalani admits—leaving a cliffhanger as to whether she’s at the end of her rope about parenting, marriage, or both.

We're revealing the first returning couple for the new season of #90DayFiance: Happily Ever After…Kalani and Asuelu! With family pressure and two babies to care for, is there trouble in paradise? The new season starts Sunday, June 14 at 8/7c.

Fans had mixed reactions to the trailer

Of course, 90 Day Fiancé fans had plenty to say about how Kalani and Asuelu were doing as a couple.

Viewers have alwayscriticized Kalani’s husband for being immature and overly casual about serious matters,and this was no exception. “He seems mentally young,” one fan argued onInstagram. “Which could be fun at times but when you need a man to be a man, itis going to be a challenge.”

Meanwhile, others were onAsuelu’s side—arguing that Kalani seemed controlling and got her family tooinvolved in her marriage. “I can’t stand Kalani,” one critic wrote. “The wayshe treated him with ‘MY’ baby was rude. She was a first time mom so she didn’tget it right all the time but she had her whole damn family breathing down hisneck calling out everything he did wrong.”

Still, other 90 DayFiancé fans just thought the stress of having two young children so quicklywould wear any couple down, no matter how much they loved each other. “Asueluseems like a very good person,” one viewer commented. “If she loses him, she’llregret it for the rest of her life. This is just a hard time for her havingkids close together. It will pass and get easier. She’s a good mom.”