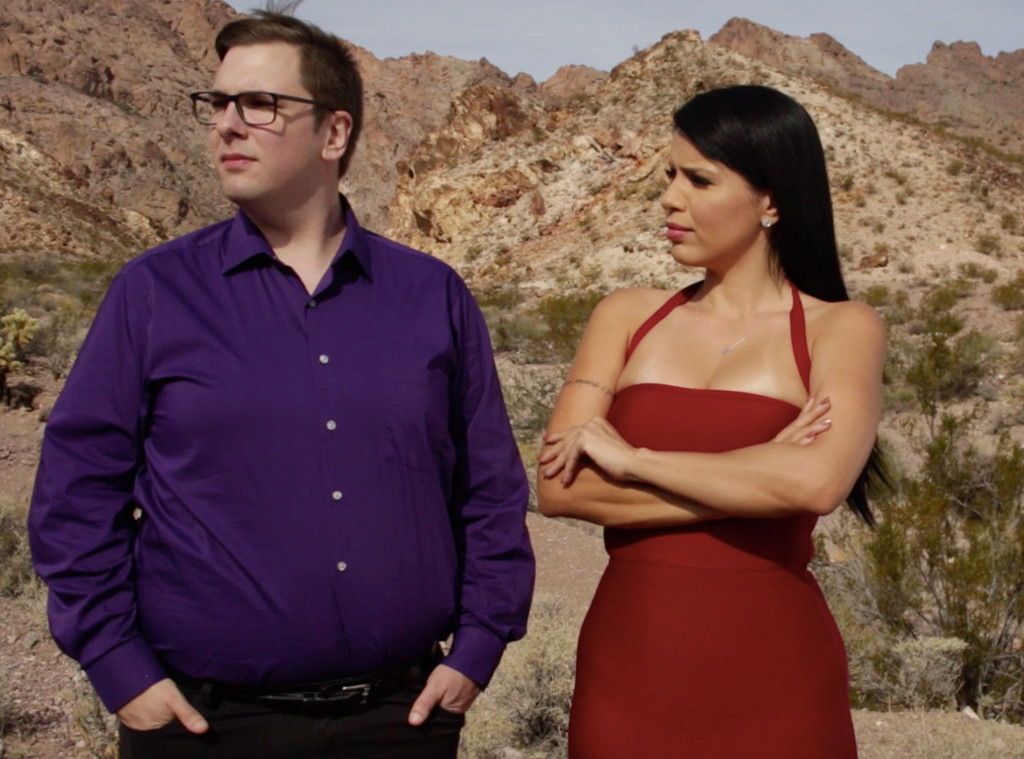 Once upon a time, six couples—that’s 12 star-crossed lovers from foreign lands—met, fell in love and then got married within 90 days. Did they live happily ever after? That’s where 90 Day Fiancé: Happily Ever After? comes in.

In the season four premiere, Ashley and Jay, Chantel and Pedro, Colt and Larissa, Elizabeth and Andrei, Nicole and Azan, and Russ and Paola all welcomed cameras back in their lives to document their happy or unhappiness. What’s going on with them? If you follow news, you know some have split, some have welcomed children and some remain in limbo. This is how they got there.

Ashley and Jay
The 90 Day season six couple were last seen at the reunion debating whether or not they can move on after Ashley caught Jay talking to other women. That’s basically all that happened with them this episode, continued discussion over what he was thinking, where they stand and all that. At one point, Ashley kicked Jay out of her car and made him walk home. 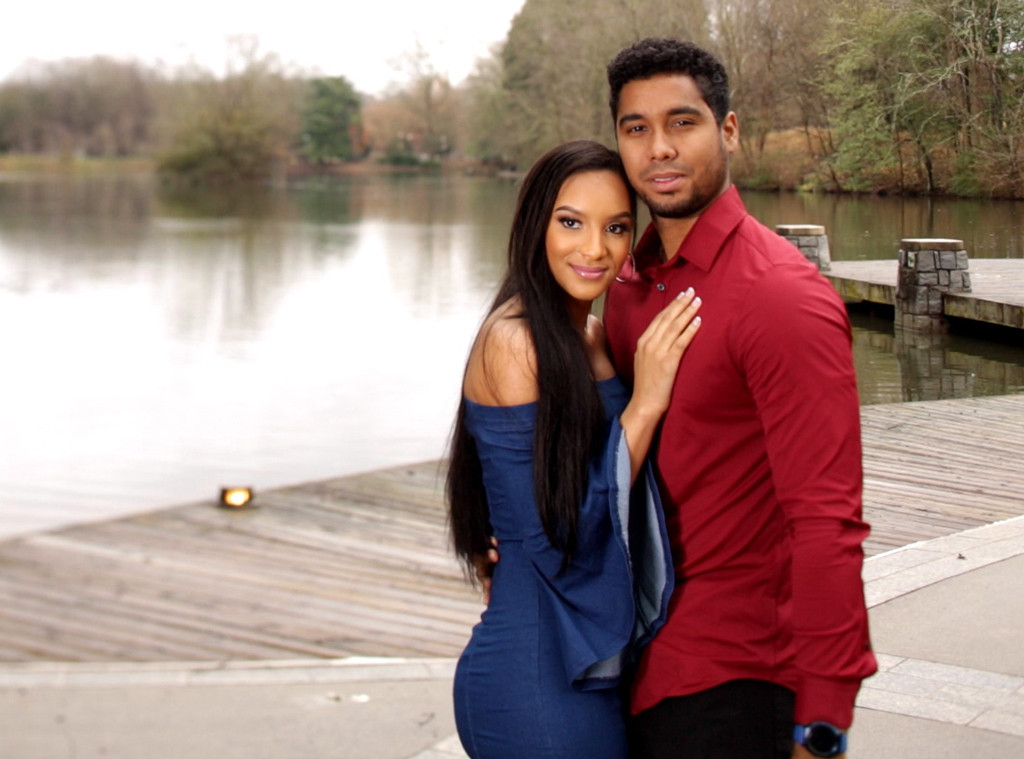 Chantel and Pedro
After the familial fistfight TLC refuses to let you forget, Chantel and Pedro have withdrawn from Chantel’s family. They discussed a move to Savannah to get away from the drama, but Pedro said it will just keep following them as long as Chantel holds onto it. But is she the one holding onto it?

“He showed no respect for my family and he still hasn’t apologized for it at all,” she said about the big family fight.

Nicole and Azan
Nicole is back in the United States, living with her sister and brother after she gave up her apartment to move to Morocco. She told her family she started a beauty shop business in Morocco with Azan…but it was all a lie. There is no shop. 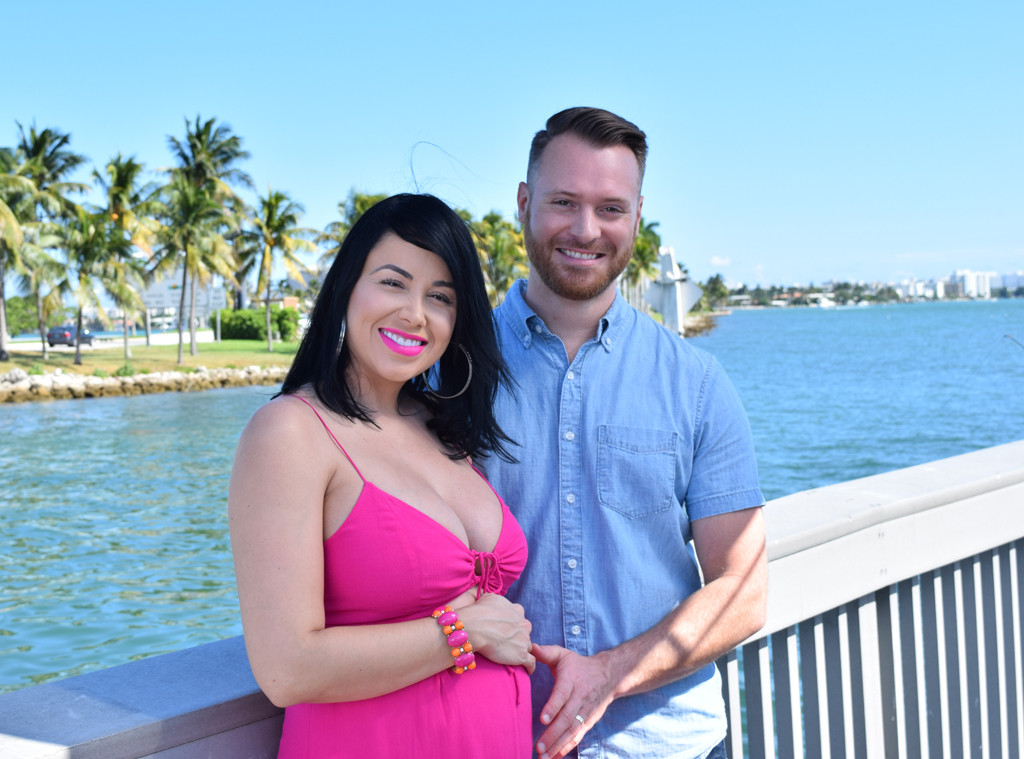 Elizabeth and Andrei
A surprise pregnancy didn’t ease any of the tension between Elizabeth’s family and her husband. They’re living rent free in a home her dad owns and Elizabeth is working for him, and Andrei still wanted stronger boundaries.

Russ and Paola
After a miscarriage, the OG 90 Day couple were expecting a baby boy. Russ wanted to return to Oklahoma to visit his family and prepare for the baby, but Paola was hesitant.

Colt and Larissa
Following a domestic dispute, a jail stay and a wedding, Larissa and Colt weren’t doing well. Larissa adopted a new cat, but that’s the only highlight for her it seems.

“Married life for me is like hell,” she said. “And it’s all Colt’s fault.”

Tensions were never higher for Colt, Larissa and Colt’s mother Debbie than the week leading up to Larissa’s trial.

Debbie seemed sick of Larissa. “She treats him like s—t,” she said. “She’s so bad.” The two got in an argument at dinner after Debbie found out Larissa flushed her wedding ring down the toilet.

Larissa continued to ice Colt out, despite his attempts to communicate. At the end of the episode, Larissa locked herself in the bathroom, then escaped to a production van where she asked to be interviewed by producers, alone. She didn’t want Colt and Debbie to hear what she had to say. Why? “Because I feel deadly afraid. If they hear something that I’ll say, my life will be hell. Something wrong,” she said.

90 Day Fiancé: Happily Ever After? airs Sundays, 8 p.m. on TLC. Get more scoop and commentary from 90 Day couples in a “Pillow Talk” edition airing Mondays at 8 on TLC.