High School Musical inspired a generation of kids and teens to “Get’cha Head in The Game,” “Work It Out,” and admire impromptu dance numbers in a cafeteria. But it also inspired one TikToker to come up with a solid theory that the final movie is actually purgatory for one main character. 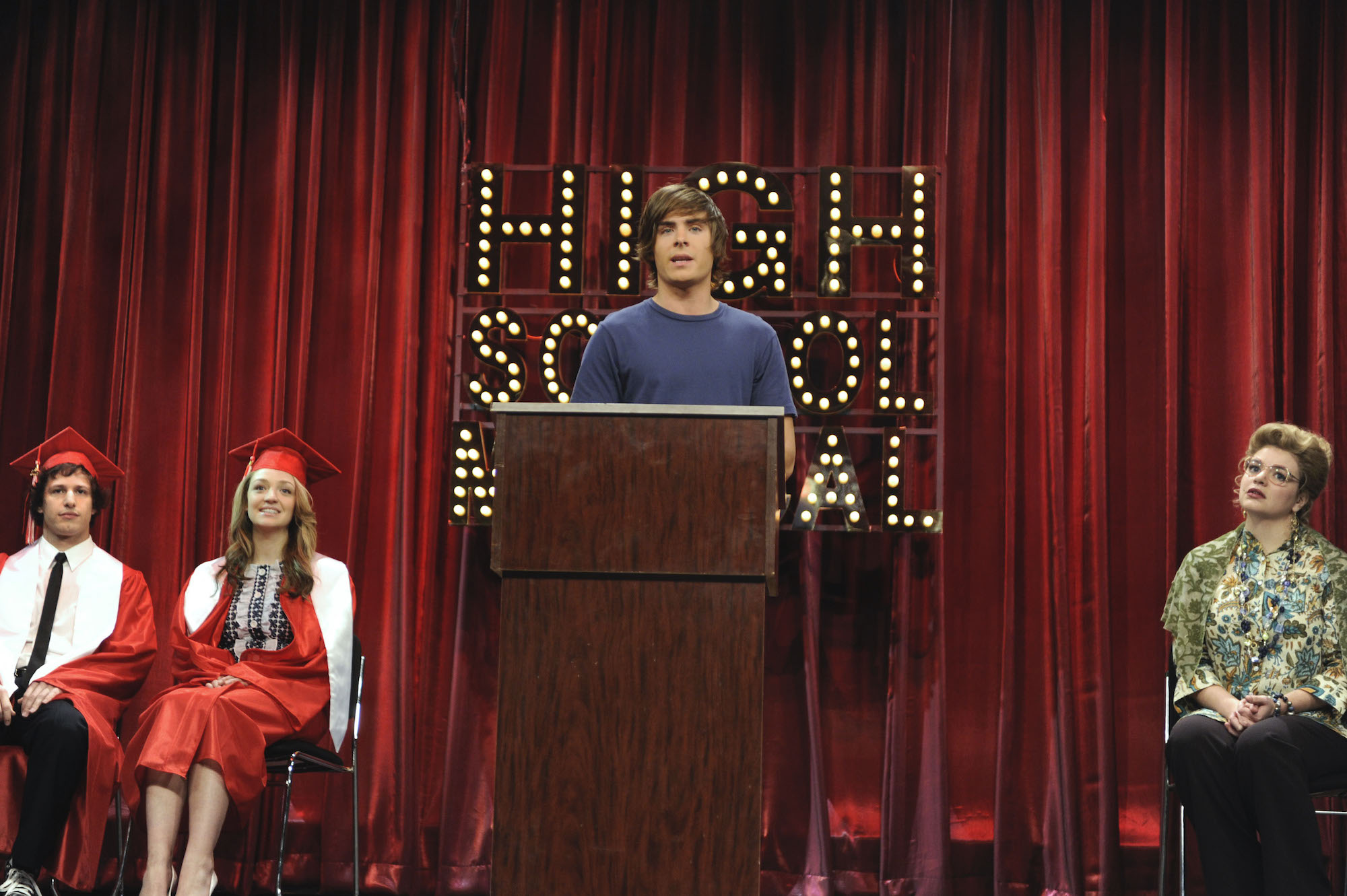 On Oct. 4, TikTok user @babylimeade (aka Helen Chatham Showalter) posted a video that laid out the theory that Troy Bolton died at the beginning of High School Musical 3. You know, the one that premiered in theaters because it was the grand finale, instead of being on Disney Channel. Before you knock it, hear her out.

In the first scene, the East High Wildcats are playing in the championship game again, and Troy takes a big tumble. They’re singing “Now Or Never” and Troy is pushed down during a breakaway. The user suggests that it’s such a bad fall that he dies.

“Like the entire auditorium goes silent, because he died,” they theorize. This is all, of course, a conspiracy theory. He doesn’t hit his head or anything. But if Troy doesn’t know he’s dead, maybe in his mind it’s a bit disorienting, but not fatal. When it real life, it was much worse, and the movie just doesn’t show it.

Anyway, moving on, the user suggests that when Gabriella starts to sing, “Troy” in a dream sequence, it’s now “purgatory baby.”

“He’s creating a musical to deal with all of these feelings about dying before all of his friends,” the user said. They also point out that a lot of the numbers are flashier, and take place in much more conspicuous places. However, that can be chalked up to the fact that this was a movie for cinemas, rather than just a Disney Channel Original Movie. But, for the theory’s sake, let’s move on.

Troy Bolton dying at the beginning of this movie of course puts a major damper on the film. This would mean nothing is real and it’s all just Troy trying to deal with the fact that he’s dead. He needs to move on, but instead creates this fantasy in purgatory so that he can live out his final year of high school.

A big turning point in his “purgatory” existence is the “Scream” sequence.  The TikTok user said he’s “obviously having a hard time dealing” with his death. During this song, he’s screaming (obviously) and he’s distraught at the thought of moving on from high school (aka purgatory). In the movie, this is about whether he should pursue singing and musical theater or basketball like he always planned. But it is a pretty good euphemism for getting on with death too if you think about it.

Moving on, though, he eventually realizes he has to go onto the next stage of his afterlife, which is showcased with graduation. He gets closure with Chad at the end when Chad ran off the stage to shoot some hoops in the middle of their finale musical. They have a sweet moment, and it means a lot more in the lens of Troy being dead.

The user then ends the theory with the curtain call at the end of the movie. It’s not only goodbye to fans at the end of this franchise, but it’s also Troy’s final goodbye to his friends, who are with him (in his mind) in his final moments.

Again, this is just a conspiracy theory. A compelling one for sure, but it wasn’t the intent of the filmmakers. However, it would be the perfect explanation for a major oversight, which is how Troy drove from Stanford to Albuquerque (and back again) in one day.

Believe it or not, this isn’t the first wild High School Musical fan-theory the internet has offered. In a Reddit post from 2015, user u/SkyWasTheRobot tried to come up with an explanation of why there are no consequences in the movie nor teenage shenanigans like drugs, alcohol, sex, or violence. Yes, the obvious answer is “Because it’s a Disney Channel movie,” but the user wanted to actually come up with an answer outside of that.

The user theorized that High School Musical takes place in an alternate dimension where laws don’t exist. And if that’s the case, then crime and “wrong” activities don’t either.

“So it’s kinda like The Purge, except with more basketball and better story,” they wrote.

Again, it’s a doozy of a theory. But the amount of research and thought that went into it is very admirable and makes for a compelling argument.

“What the High School Musical movies are trying to say is that, while it’s probably for the greater good that laws exist — if we didn’t have any laws — we would become instantly happier with our lives,” the writer of theory concluded. “Freedom and liberty may not be synonymous… but maybe that’s for the best.”

If quarantine continues to bring wild High School Musical fan-theories, then at least something good came out of it in the end. When did the clocks first go back?
Celebrities Posts