The model, 32, shared pictures and videos from inside the star-studded bash which saw Pussycat Doll Kimberley Wyatt DJing and Abbey's footballer husband Peter Crouch having plenty of fun. 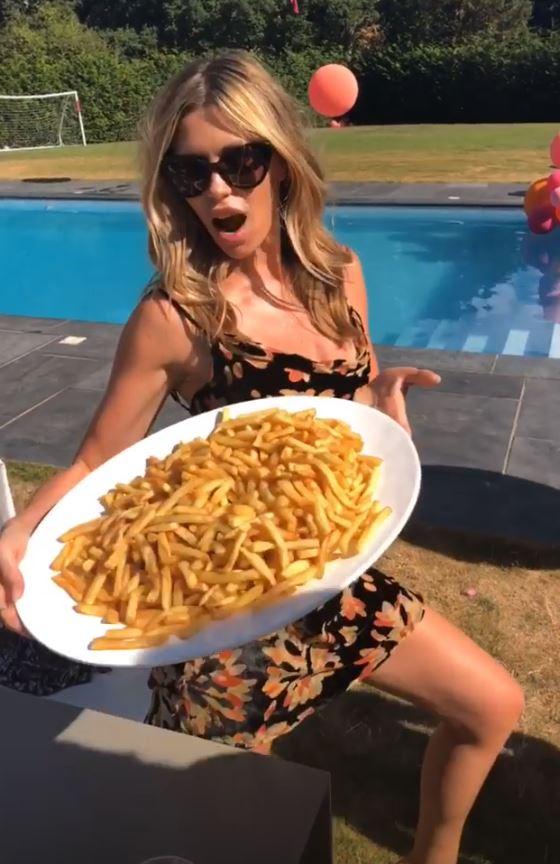 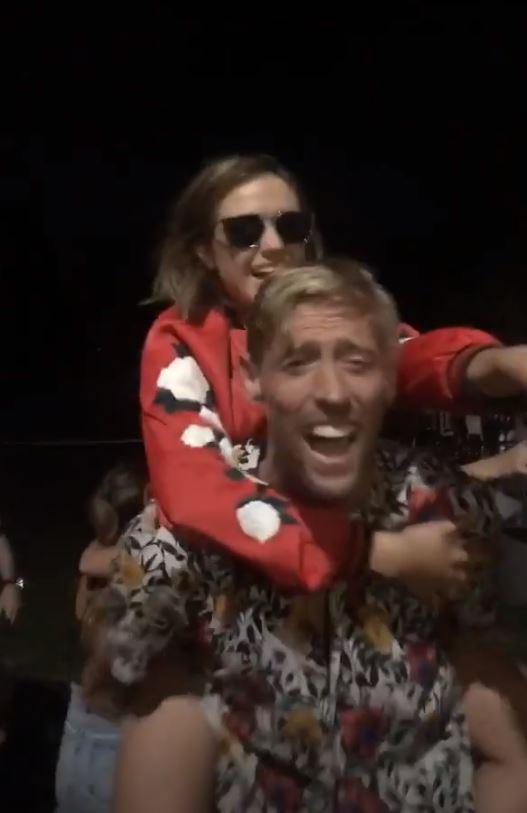 Pink and orange balloons covered the outside of the house and there were food vans and temporary tattoos brightening up an already sunny day.

Abbey shimmied while holding a plate of chips and her sis even stripped off and went for a dip.

There was a lively game of Prosecco pong and the booze was free-flowing. Elle was presented with a cake in front of all her family and friends.

The party went on late into the night with Peter giving Elle a piggy-back. 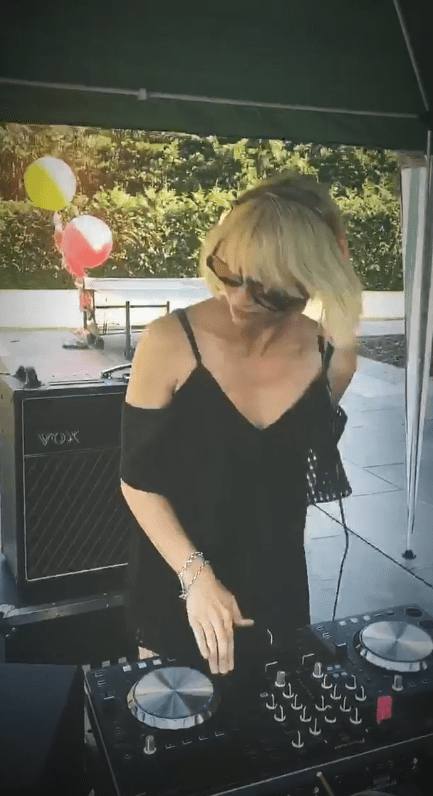 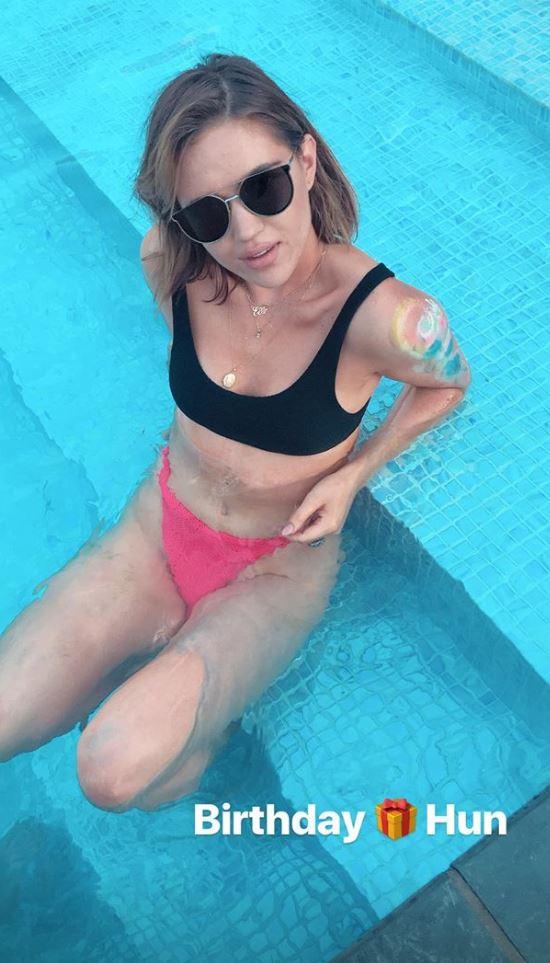 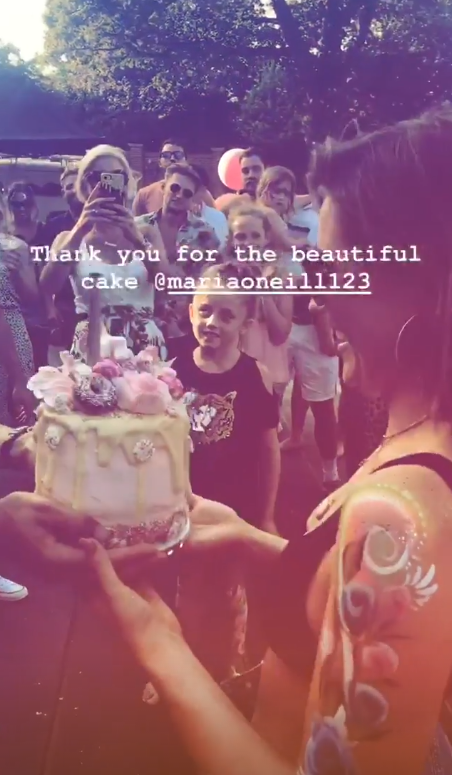 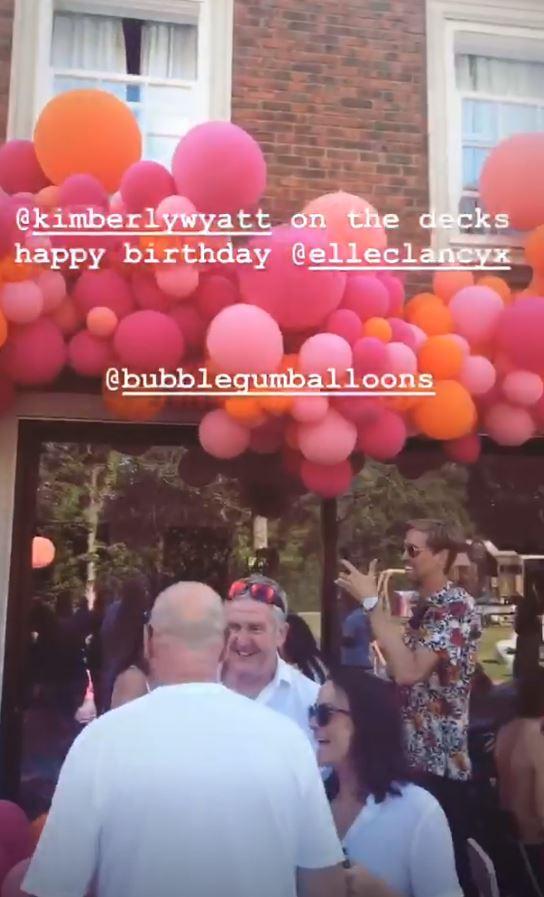 Abbey recently treated her fans to a throwback snap of her wedding day to Peter as they celebrated their seventh anniversary.

The model looked glorious in the shot where she grabbed former England footballer Peter for a smooch.

Abbey revealed her flawless figure in a fishtail gown that nipped her in at the waist.

Peter looked dapper in the shot wearing a dark, tailored suit as he kissed his new bride. It read: "Seven years ago today I married the love of my life my soul mate my bezzie my icon my inspiration the man I want to spend everyday with grow old with laugh with cry with have an absolute ball with and just do everything with I love you baby here’s to forever together."

The Britain's Next Top model host was inundated with well wishes from fans.

One wrote: "What a brilliant day it was! Sending love xx."

Meanwhile another said: "You are my bridal inspiration this dress is everything xxxx."

Just last month the couple appeared more loved-up than ever as they shared romantic walks along the beach hand in hand in Majorca. 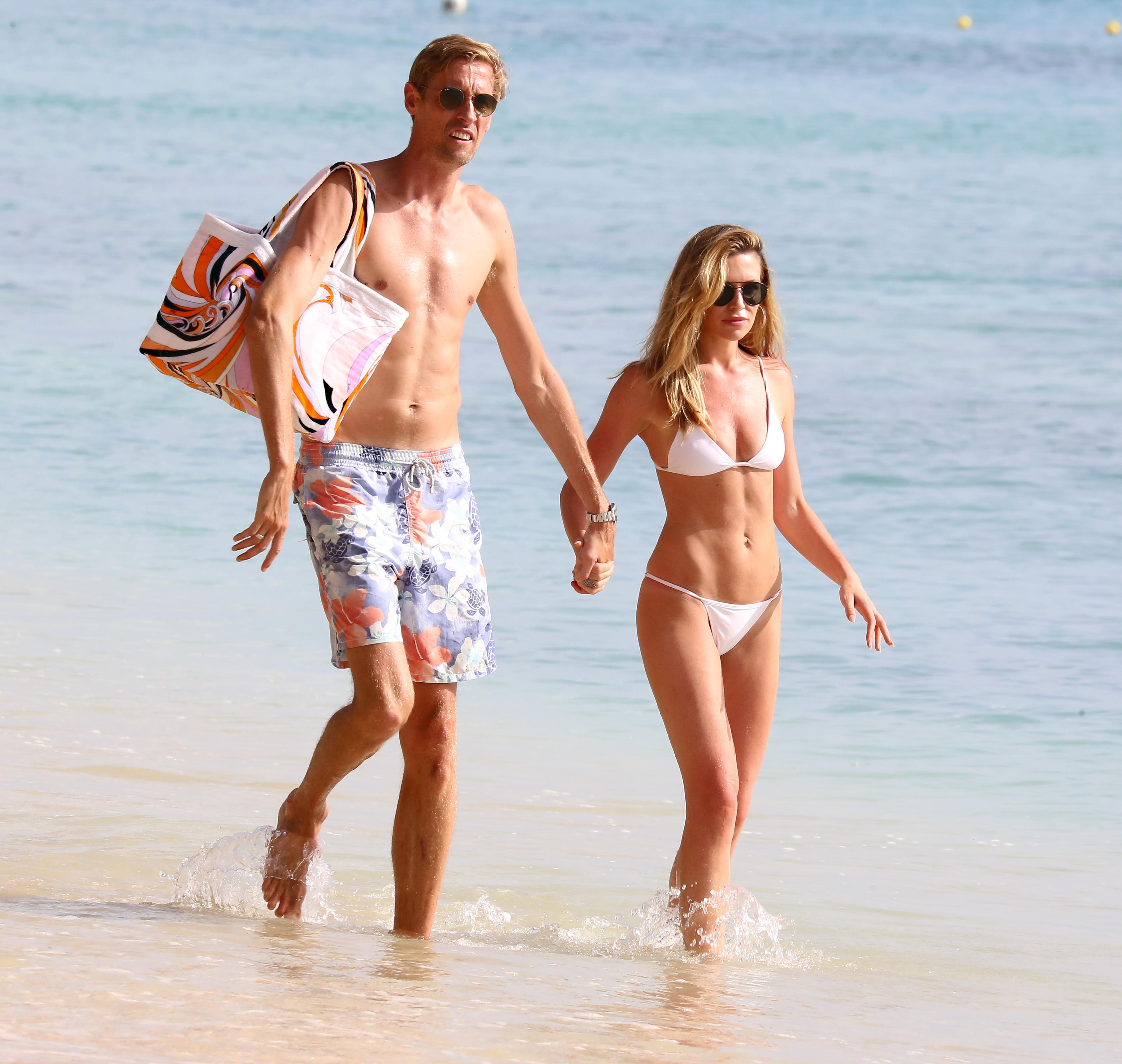 Abbey smouldered in front of Peter's camera as she showed off her figure on the beach.

She gave birth to baby Johnny back in January with her footballer husband.

The pair also have two daughters, Sophia, six, and two-year-old Liberty, together.

Abbey looked as though she was having a ball as she was pictured walking hand-in-hand on the sand with Peter.

Before that Abbey and Peter have spent the past few weeks enjoying a break together in Barbados.

During their holiday, the couple – who married in 2011 – went paddle boarding and spent a day at sea, sunning themselves on a luxury yacht.