It was a busy Tuesday night at CBS, which saw a trio of coronavirus-delayed season premieres kicking off with the Season 18 debut of NCIS, which delivered 0.9 in the adults 18-49 demographic and 10.06 million viewers. The popular procedural topped the night in viewership but was down from its Season 17 average, marking a series low in the demo per Nielsen’s Live+Same Day early numbers.

The third season debut of FBI (0.8, 8.05M) and the Season 2 kickoff of FBI Most Wanted (0.6, 5.30M) followed, but both series took a hit from last season’s averages and hit audience lows. Still, CBS won the night overall in total viewers.

The Bachelorette (1.3, 4.94M) on ABC dipped two tenths from last week but was still enough to be the night’s top-rated show. That led into David E. Kelley’s Twin Peaks-adjacent Pacific Northwest noir thriller Big Sky (0.6, 4.03M) made its big debut (with an even bigger twist). The duo helped ABC take the night’s No. 1 spot overall in the demo. 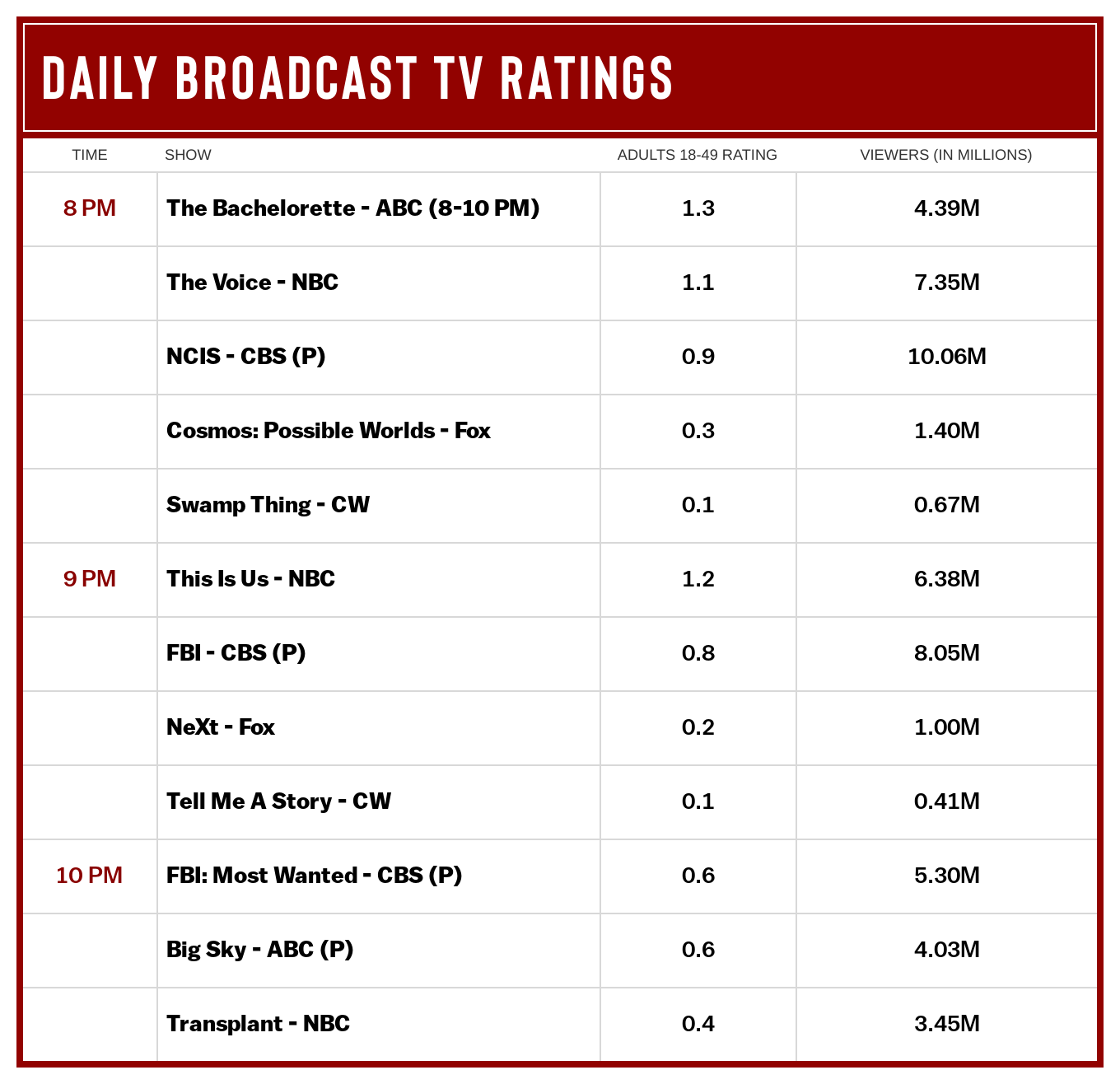 George Clooney reveals hope for America's future after its 'great deal' of failures: 'You can't give up' Doja Cat and Roddy Ricch Among 2020 Influential Young People on Forbes’ 30 Under 30 List
We and our partners use cookies on this site to improve our service, perform analytics, personalize advertising, measure advertising performance, and remember website preferences.Ok