Enrique Arrizon (April’s Daughter), Damian Alcázar (Narcos), Camila Perez (Gotham) and Raphael Alejandro (How to Be a Latin Lover) are set to star opposite Eugenio Derbez in Acapulco, Apple TV+’s bilingual comedy series inspired by 3Pas Studios and Pantelion Films’ 2017 Derbez starrer How to Be a Latin Lover. Veteran Richard Shepard has been tapped to direct the pilot episode for Lionsgate Television. 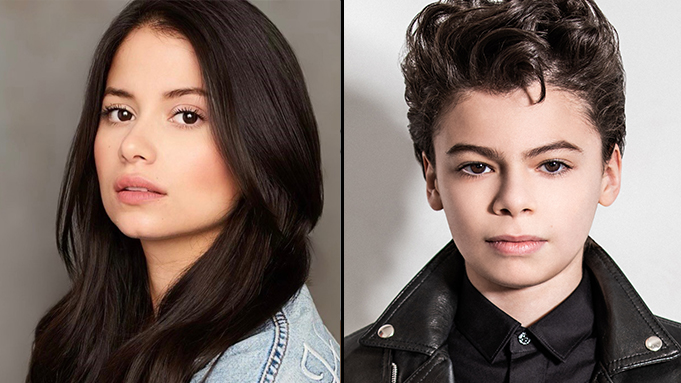 Created by Zoey’s Extraordinary Playlist creator Austin Winsberg, Eduardo Cisneros and Jason Shuman, Acapulco is a half-hour Spanish and English language comedy that centers on a young Mexican man named Maximo (Arrizon) whose dream comes true when he gets the job of a lifetime at the hottest resort in Acapulco. But he soon realizes the gig is far more complicated than he ever imagined as all of his beliefs and morals start to be questioned.

The show takes place in 1984 with Derbez narrating and playing the present-day version of the main character. Also reprising his role from the movie is Alejandro who plays Hugo, Older Maximo’s nephew.

Alcázar joins the cast as Don Pablo, the head of operations at the Acapulco resort. Camila Perez will play Julia, the resort’s front desk receptionist.

Shepard, the Emmy-winning helmer known for directing Ugly Betty, The Matador and Girls, is repped by 3 Arts, CAA and Jackoway Austen Tyerman.

Arrizon’s credits also include An Unknown Enemy. He is repped by  COLOÜRSCMX Talent Agency. Alcázar, who has been seen in The Chronicles of Narnia: Prince Caspian and The Perfect Dictatorship, is repped by Talent on the Road Management. A Teacher actress Perez is repped by Innovative Artists and Link Entertainment. Alejandro Once Upon A Time actor Alejandro is repped by Foundation Media Partners, Atlas Artists & Paradigm.