ADELE has come under fire from furious Saturday Night Live viewers for taking part in a comedy skit mocking sex tourism in Africa.

The singer realised a dream by hosting the iconic American comedy show – and was widely praised for her fun-packed turn. 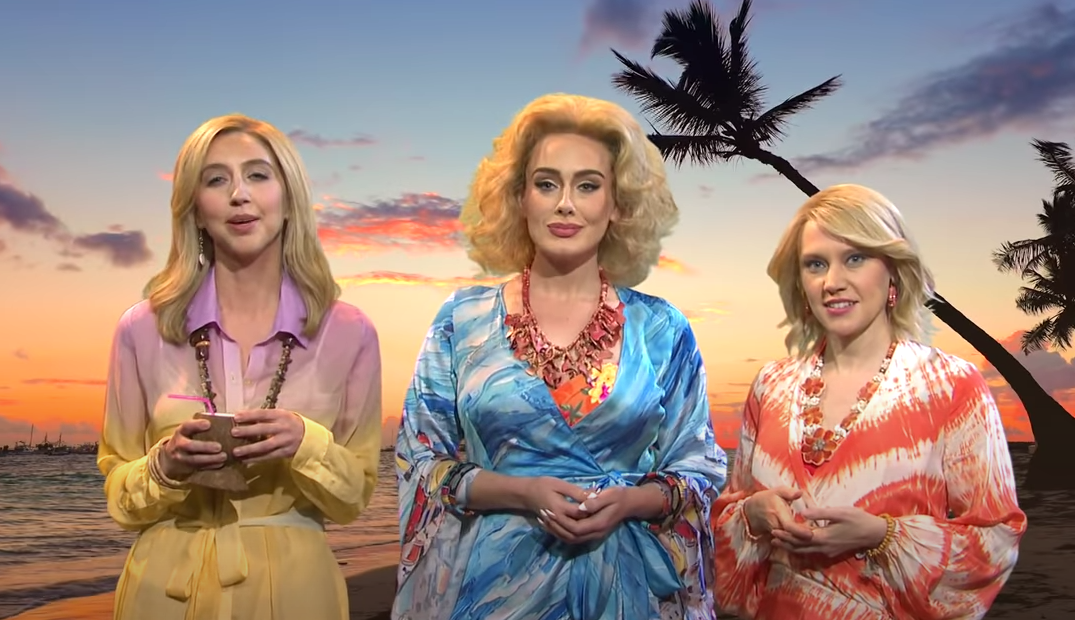 However, a sketch poking fun at the growing number of white middle-aged divorcees who travel to the continent for no frills sex left a bad taste in the mouth of some.

In the three minute skit, Adele and Kate McKinnon front an African Tourist Board ad encouraging women to visit for the stunning scenery as well as more X-rated attractions.

The pair, backed by a beautiful beach sunset, stroll towards the camera. 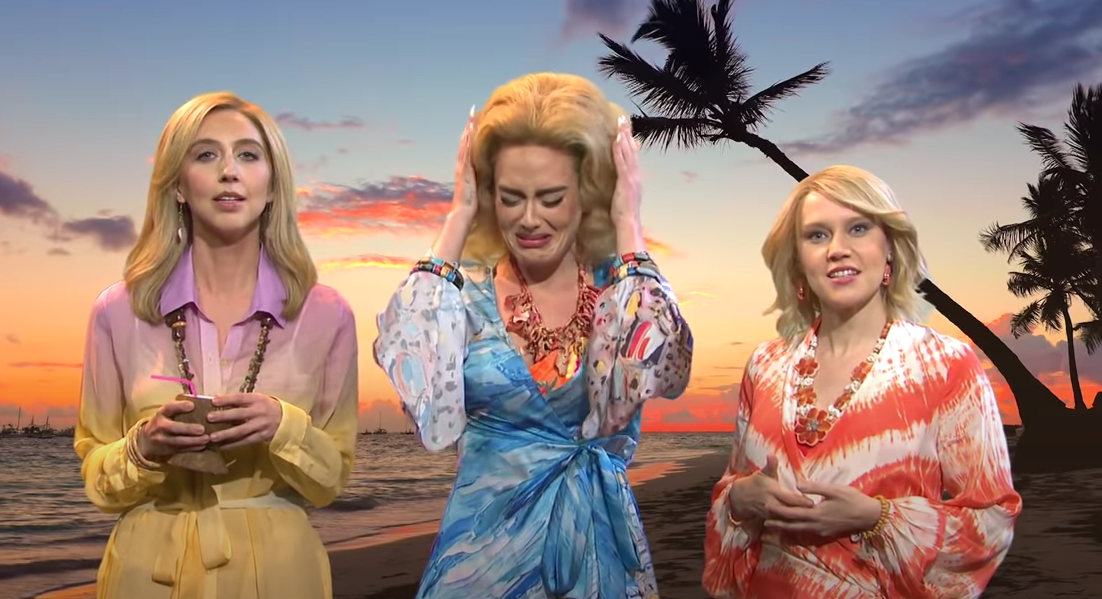 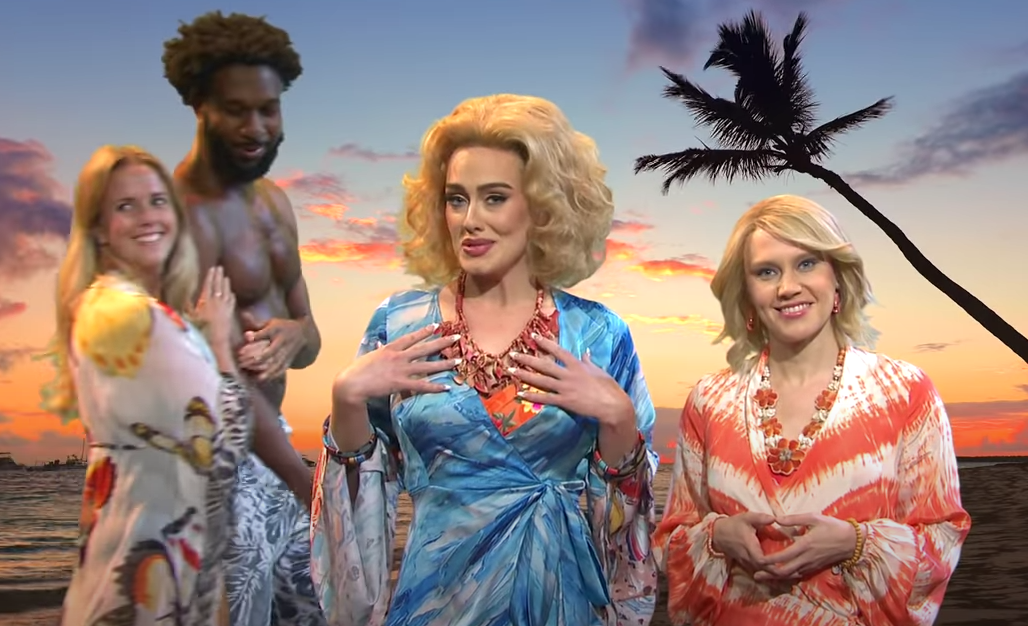 As Kate says, "witness the wonder, the escape, the story,' a shirtless black man walks across the screen arm in arm with an older white woman.

As the sketch continues, the innuendos keep coming as Adele increasingly struggles to keep it together.

The duo are joined by a third divorcee, Heidi Gardner, who travelled to the continent after splitting from her husband.

Adele stifles a giggle as she says "I found a deep, deep connection."

But she loses it when Heidi purrs: "You can feel it in your stomach."

While many did find the sketch funny, others expressed their regret at Adele taking part.

One wrote: "I was actually enjoying it until the comments and the black men carrying white women around.. actually felt a bit sick and couldn't enjoy the rest and I adore Adele but I wish she hadn't taken part in this skit."

Another accused it of "using black men as sex toys" and called it "highly offensive".

A third vented: "Adele looks great for sure but the Africa skit was in poor taste tbh!"

Adele was recently hit by claims of cultural appropriation for marking Notting Hill carnival weekend by wearing her hair in Bantu knots and a Jamaican bikini.

However, many more people defended her, reminding trolls that she grew up in multi-cultural Tottenham and is a champion of black culture.

The Sun recently reported how grannies can be found in Gambia grinding up against much-younger men, openly snogging them in bars before dragging them back to their hotel rooms.

And a Channel 4 documentary called Grambia lifted the lid on the mature western women who travel to the country to pay for sex with younger men.

While Bake Off judge Prue Leith wrote called Gambia a “real-life Tinder dream for geriatrics”, after being shocked by the number of “elderly white European women happily strolling along hand in hand with beautiful young Gambian men” during a holiday with her husband.