HARPER Beckham upped the cute ante as she carried her little doll whose leg was in a cast through an airport, while making doting dad David carry the wheelchair.

The whole family arrived at Los Angeles’ LAX airport last night to return to London in time for the new school term starting, with 41-year-old Becks leading the way holding 5-year-old Harper’s doll’s pink wheelchair, a Louis Vuitton man-bag, backpack, Harper’s blue handbag, a jacket and what appeared to be a tube to contain a poster. 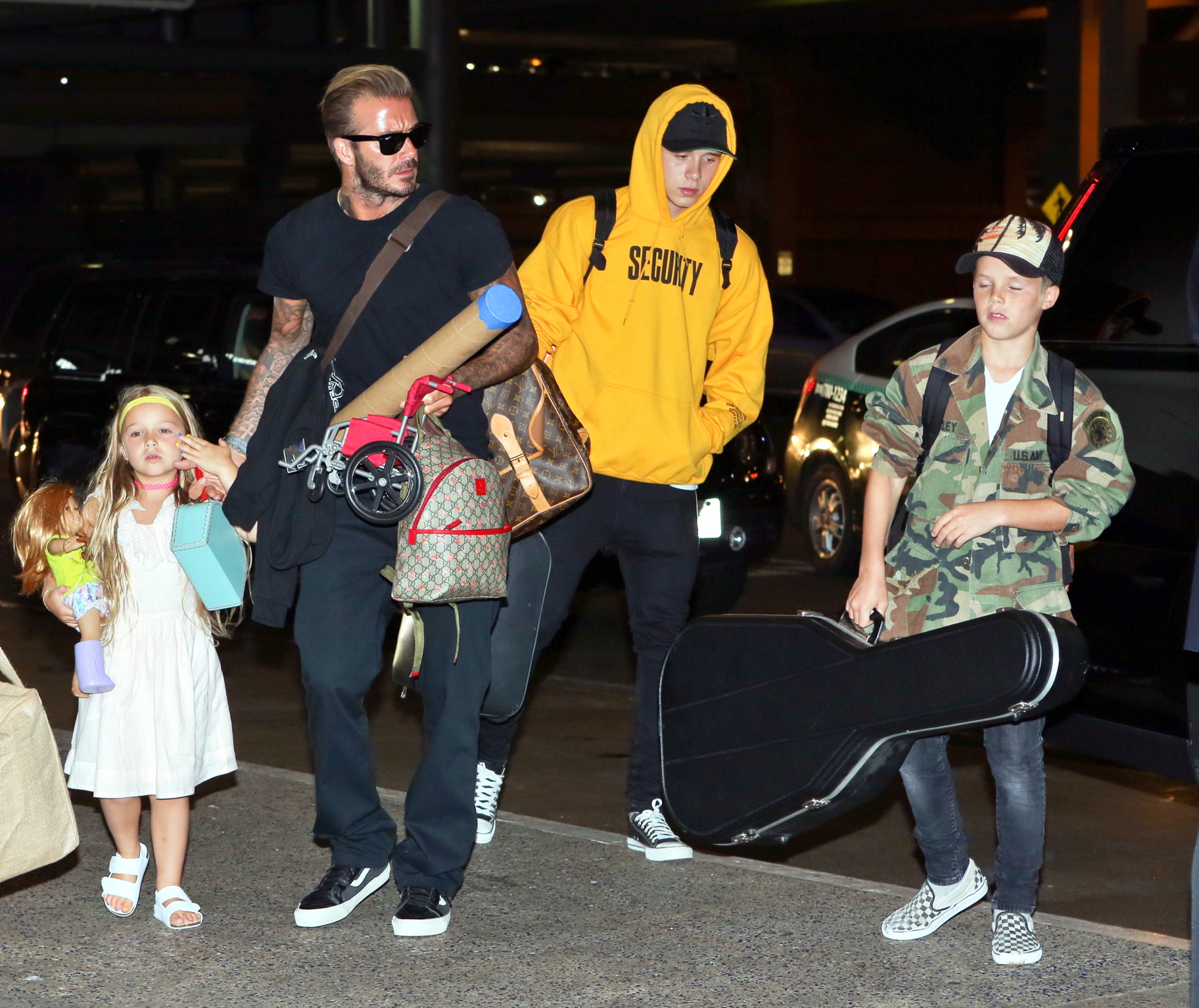 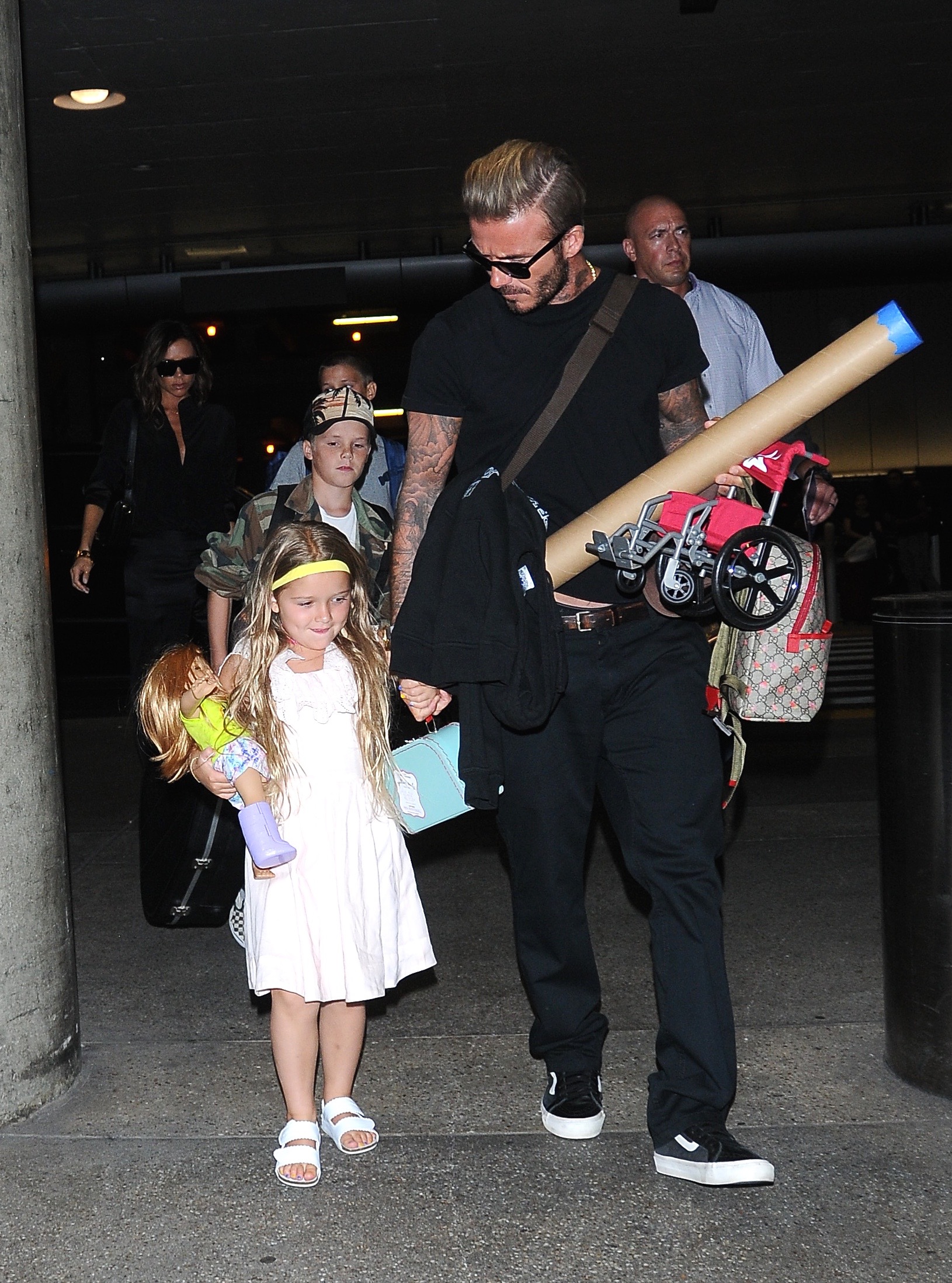 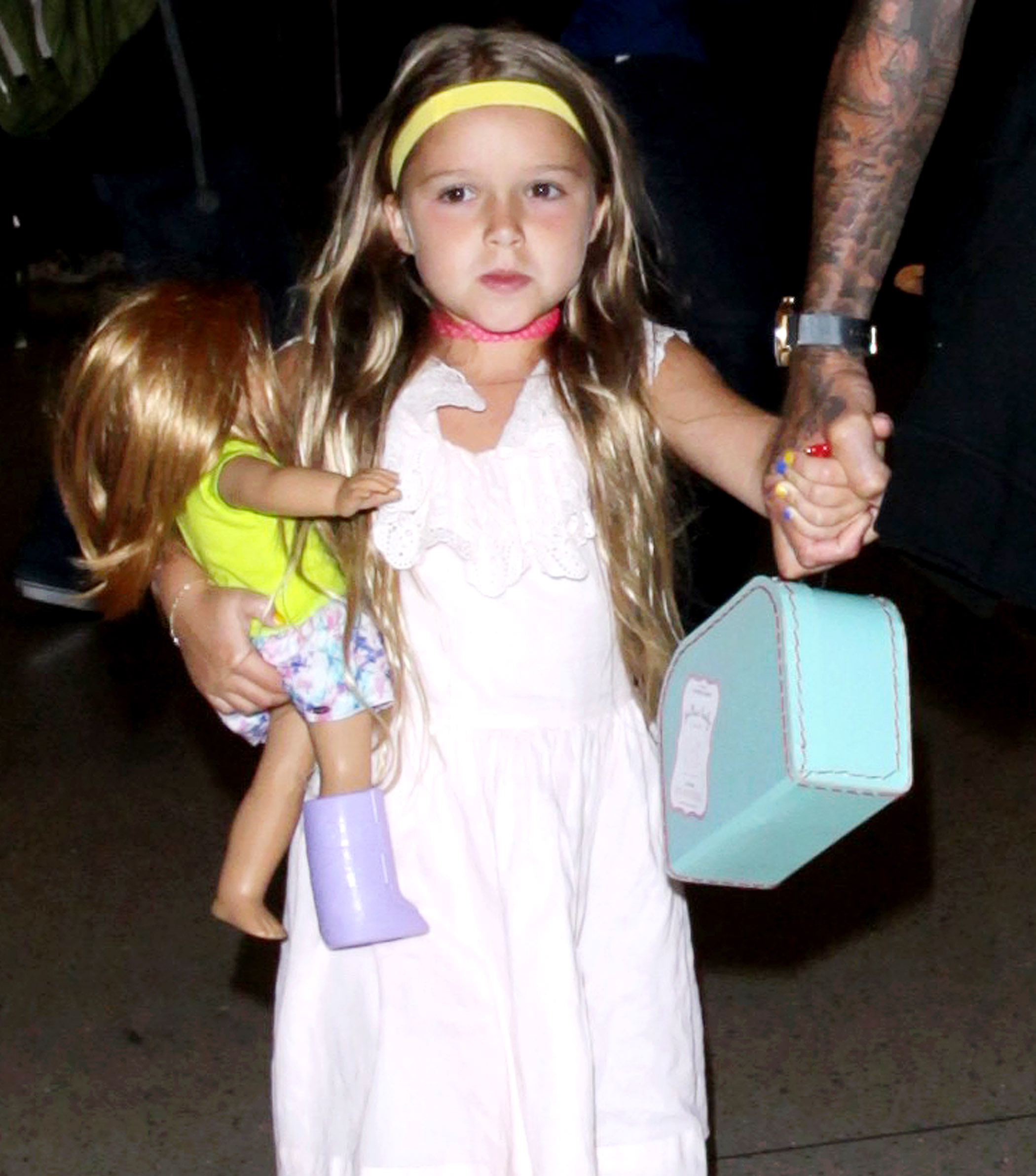 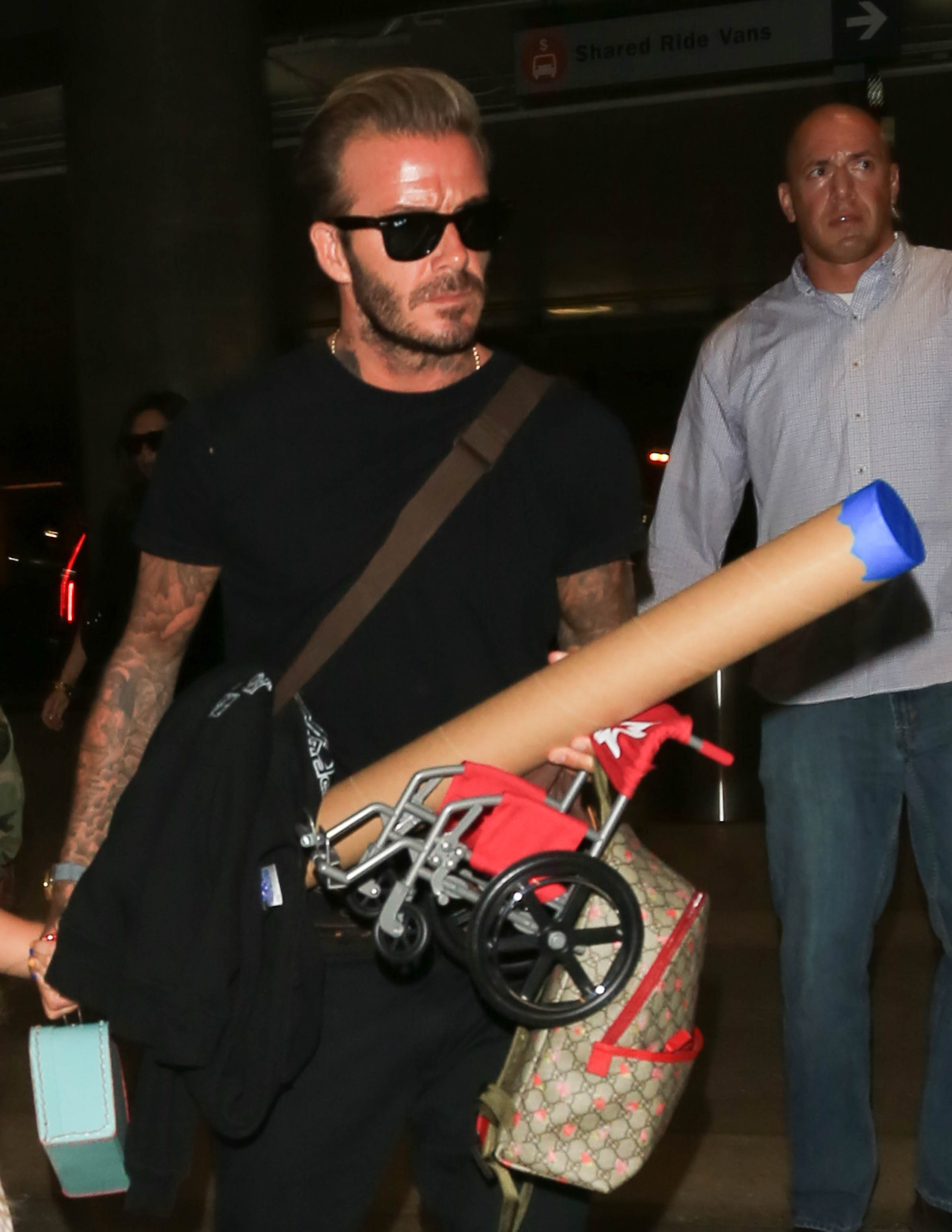 Harper, who looked adorable in a white sundress with matching sandals and a yellow headband held onto David’s only free hand as the family made their way through the airport.

The rest of the Beckham clan seemed to get a cooler deal when it came to the props they were carrying, with Cruz, 11, holding a guitar, 13-year-old Romeo clutching his skateboard, and Brooklyn, 17, carried a chunky black holdall. 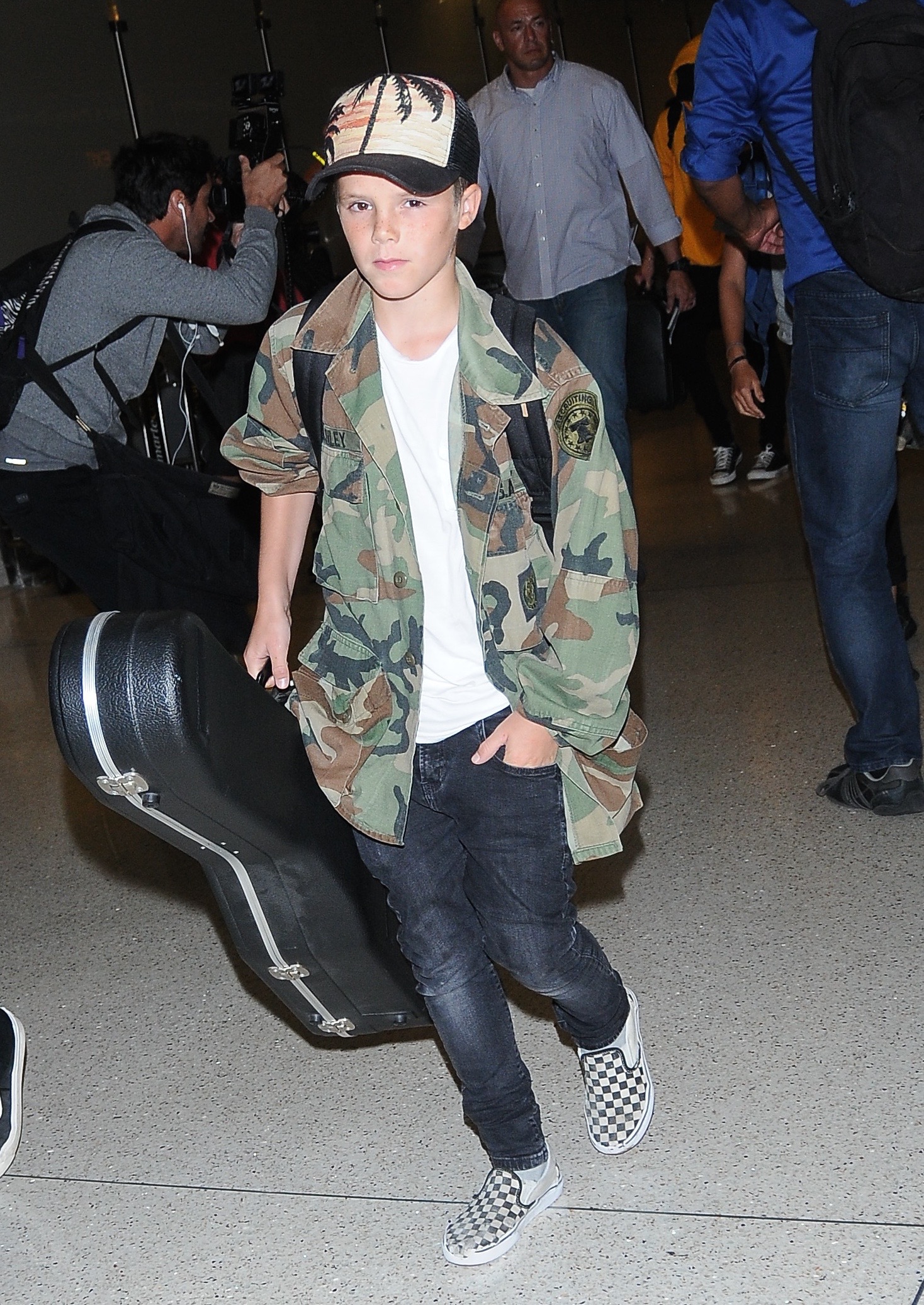 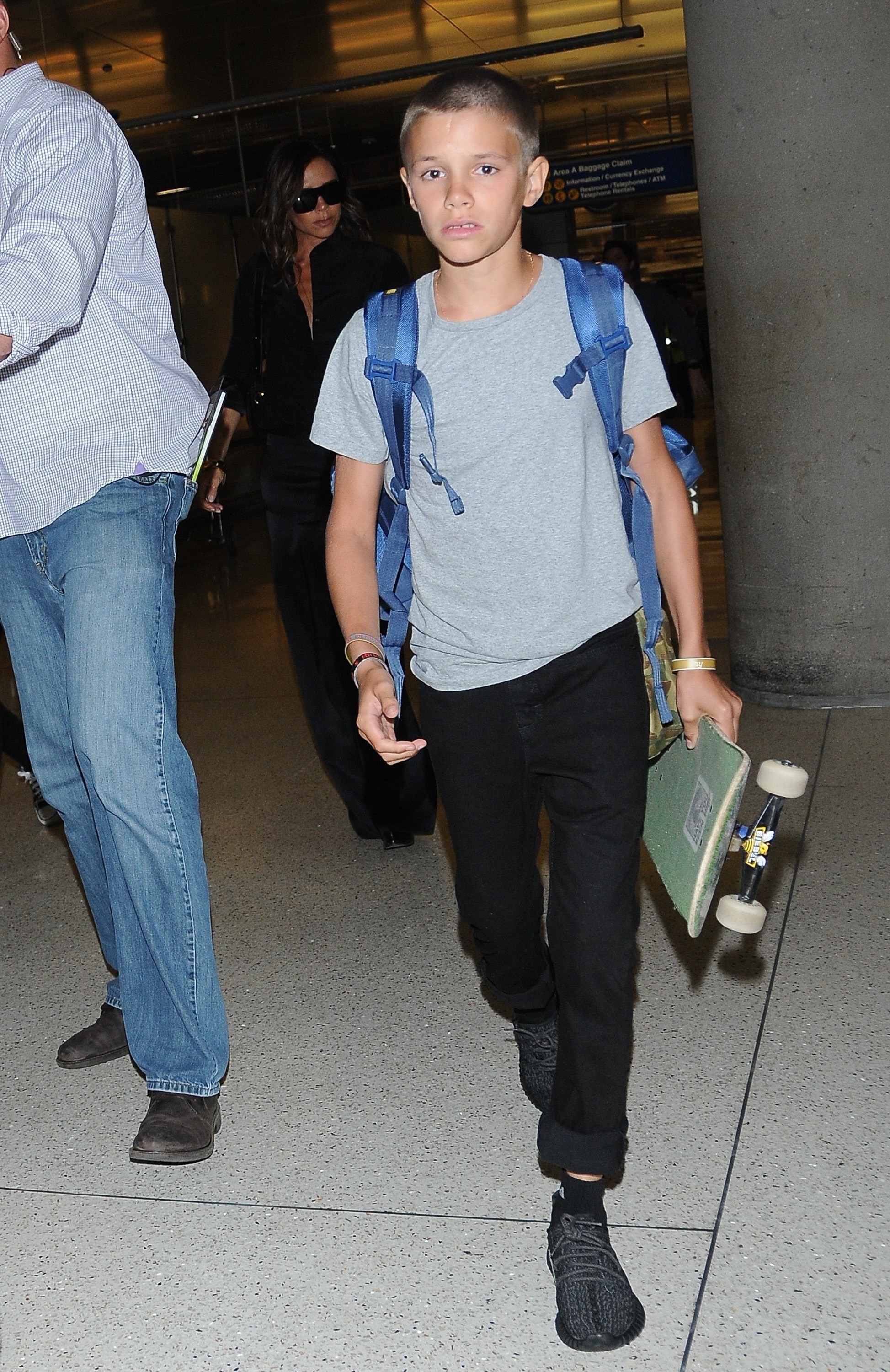 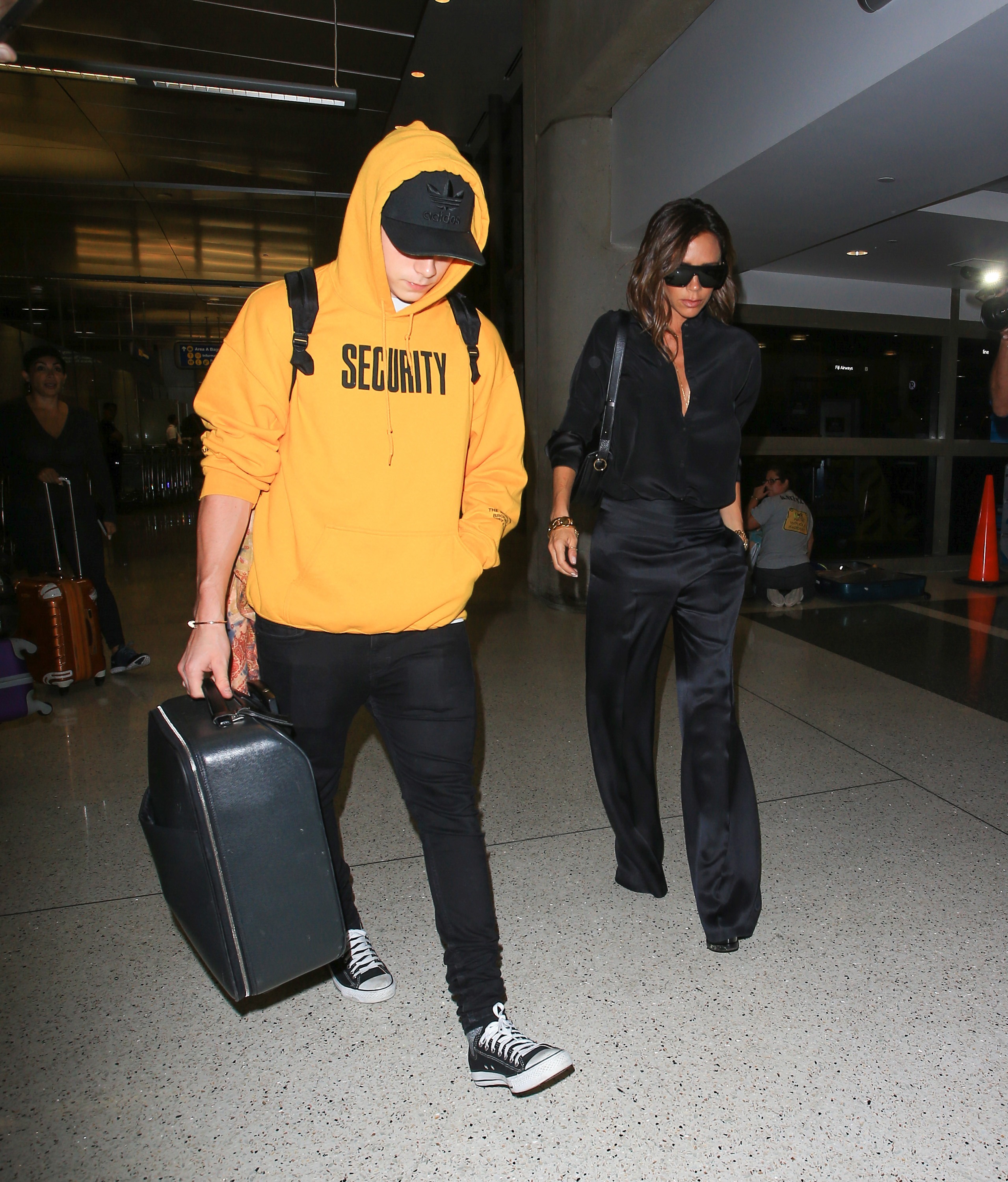 Only matriarch Victoria Beckham had her hands free, opting to saunter through the airport with a simple back handbag draped over her shoulder.

It is likely that the family of six will be moving into their newly renovated home once they touch down in London, after removal vans were seen turning up at the property they rented while changes were being made to their Holland Park abode. 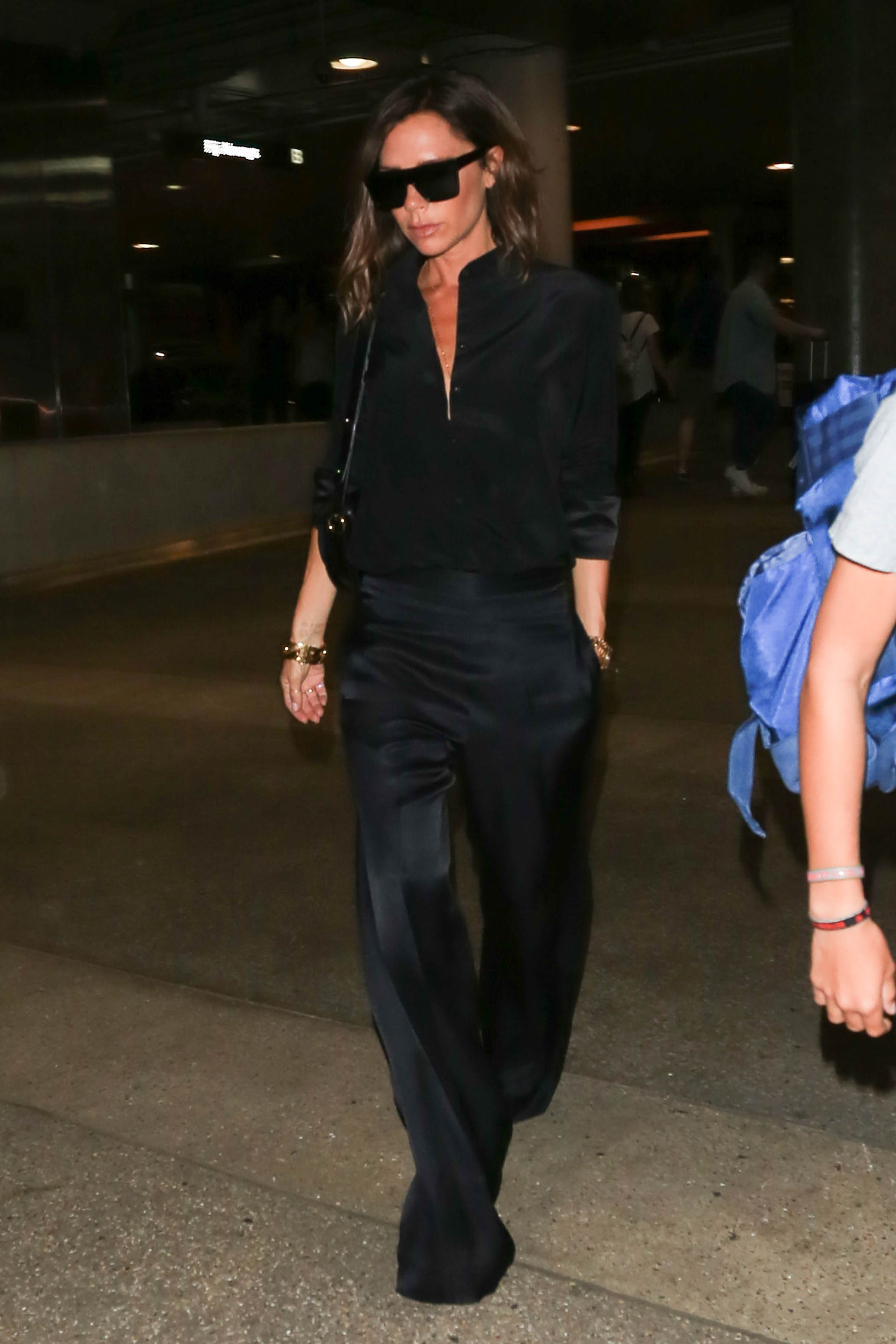 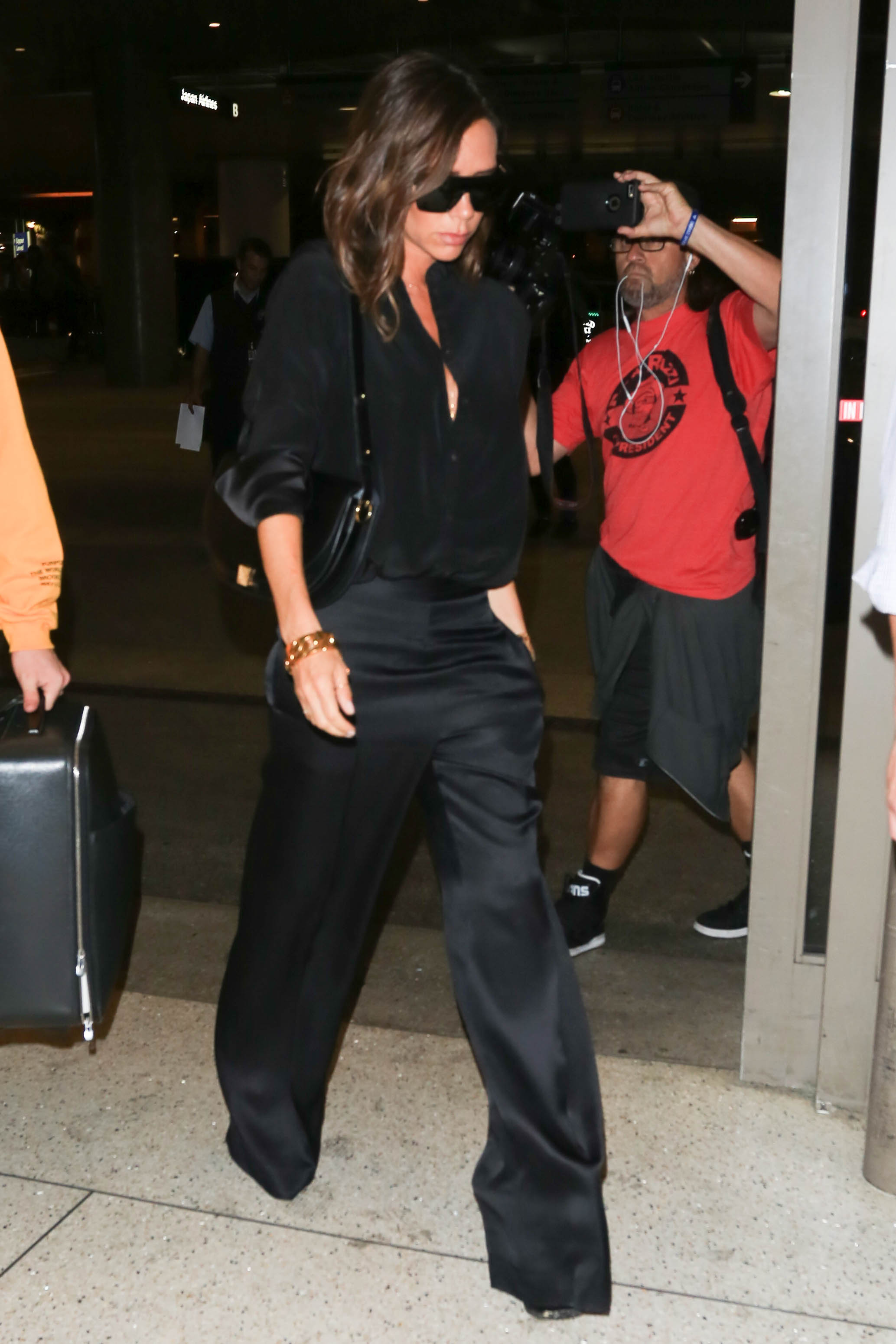 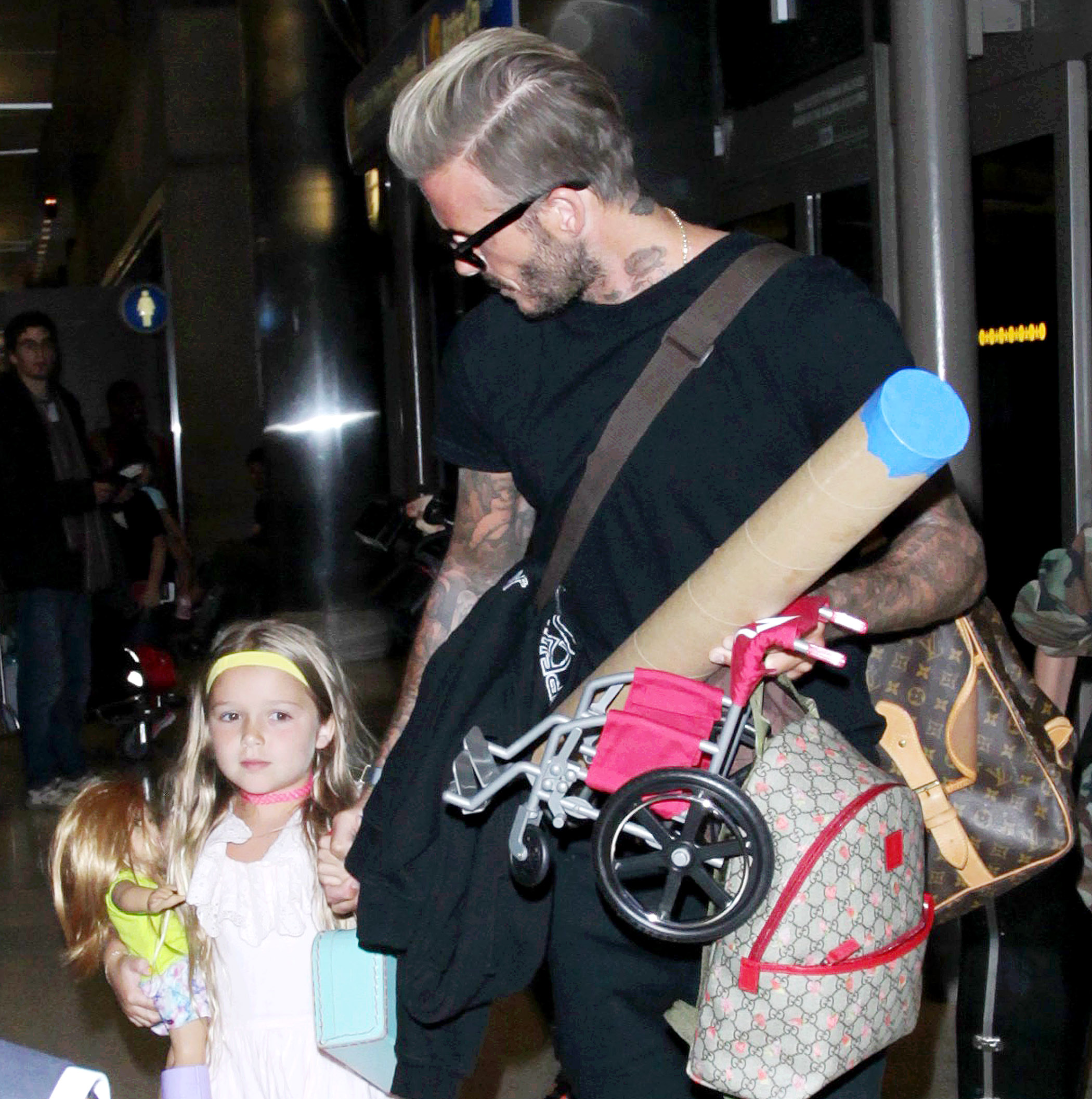 After a stint in LA, the family moved back to the UK two years ago, at that time Victoria gushed: “You know, I’m so happy to be back in London, we all are.

“The kids go to fantastic schools, they have lots of friends and our family live in London, we’re very proud to be British.”

She told to MailOnline: “I travel a lot, so I get influenced by lots of different places – but I’m enjoying London. I work every day and spend time with my family. London is an incredible city.”