How Agents of SHIELD season 5 finale could fit with Avengers: Infinity War

Agents of SHIELD has never shied away from referring to the Marvel Cinematic Universe, making it clear over its seasons that it very much takes place in the same world.

This has continued with season five – arguably the show’s strongest and most consistent run yet – as the final few episodes of the season have made continuous references to Avengers: Infinity War. Co-showrunner Jed Whedon has even confirmed that the “last few episodes” take place at the same time as the events of the huge blockbuster.

Naturally, this causes some concern for Agents of SHIELD fans given the devastating ending to Avengers: Infinity War, especially as the movie has a similar timeline to episodes 19 to 22 of season five of around a day. “You’re free to worry about anything you want to worry about,” Whedon teased of the finale.

So does this mean that the upcoming finale will finish with around half of the cast disintegrating to dust because of Thanos and his cheeky Infinity Snap? After all, if half of the population of the universe have been wiped out, it stands to reason that some of the cast will be affected.

However, we have a feeling that the Infinity Snap won’t happen in the season five finale – ominously titled ‘The End’ – and it’s all to do with how the showrunners prepared for the episode.

“We approach the end of every season the same way, which is… we never really know if we’re going to get another one until we’re towards the end of our shooting anyway, so our goal is to be able to satisfy either way,” Maurissa Tancharoen told Digital Spy, with Whedon agreeing that the season five finale will be “satisfying”.

The show has now been unexpectedly renewed for season six by ABC, but the renewal won’t have come in time for any notable changes to the season five finale, and we can’t really see how ending the season with half of the cast disintegrating would be in any way “satisfying”. 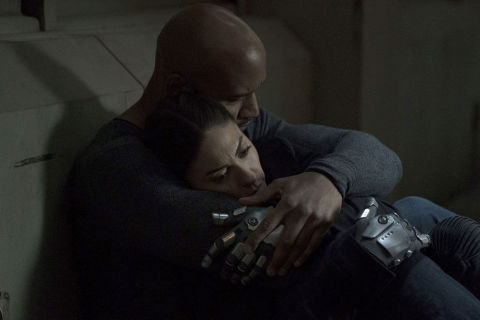 They might have been deliberately misleading to prevent spoilers and had planned to end on a serious downer. Yet while Marvel fans watched Avengers: Infinity War knowing that there was an Avengers 4, Agents of SHIELD fans would be seriously annoyed if their favourites are unceremoniously dispatched due to events not occurring in the show itself and without any chance of further episodes.

It would have been too much of a risk to end a long-running show in such an open-ended way, but if we are right, then the question that remains is how Agents of SHIELD will deal with such a universe-changing event and here’s where we get timey-wimey.

The second half of season five has predominantly been about the team trying to prevent the future timeline they found themselves in at the start of the season where the world has been destroyed. In the penultimate episode, it was revealed that future Yo-Yo’s warning that they had to let Phil Coulson die to save the world has left the team with an impossible choice. 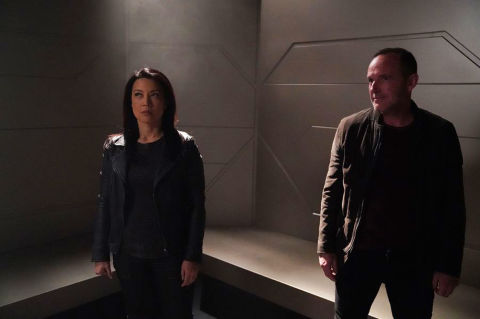 It seems that Graviton is planning to pull gravitonium from the Earth’s core, which is what causes the world to be destroyed. Fortunately the team have come up with a key ingredient that could either save Coulson (who has been slowly dying from his original Avengers injury as the Kree serum is wearing off) or stop Graviton – and they don’t have enough to do both.

“It’s clear from the last few episodes that tension within the team is high, and now they’re faced with the question that we’ve been building toward the entire season – can they alter the timeline?” teased the showrunners of the season five finale, with the dramatic trailer hinting at the episode containing at least one death.

So here’s our theory. In the finale, the team make the tough choice to stop Graviton at the expense of Coulson’s life, potentially even giving Coulson a chance to get a heroic death and stop Graviton himself. Sure, it’d be devastating, but if done right, it could easily be seen as a “satisfying” finale to a show.

And not only that, but if the team succeeds in preventing the destruction of the world, the show could then technically claim to be in a new timeline, one where Thanos isn’t successful with his Infinity Snap. This would then allow the now-confirmed season six to line up with Avengers 4 once the MCU timeline has (likely) been altered to one where Thanos didn’t disintegrate half of the population. 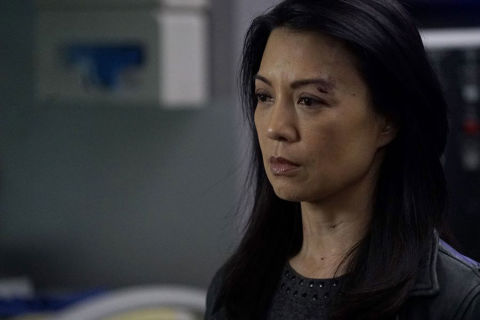 This could all turn out to be wishful thinking on our part and with season six to come, at least we know the season five finale won’t be the end of Agents of SHIELD. However, we still have a feeling that it will feature Coulson’s death, especially with Clark Gregg busy working on Captain Marvel.

Marvel’s Agents of SHIELD airs on ABC in the US and on E4 in the UK. Avengers: Infinity War is out now in the UK and the US. Book tickets now.