This Morning: AJ Pritchard on his accident with his girlfriend

AJ Pritchard’s girlfriend Abbie Quinnen, 23, suffered third-degree burns while filming for a YouTube video which ended up going horribly wrong. The professional dancers were attempting the latest trend of turning a wine bottle into a vase when Abbie’s hair and clothes caught alight. After AJ called 999, Abbie was transferred to Ealing Hospital before being taken to the burns unit in Chelsea. Abbie is now out of hospital and is recovering at home, although, AJ revealed doctors are unsure whether his girlfriend will be able to dance again

Speaking to Holly Willoughby and Phillip Schofield on Tuesday’s This Morning, AJ recalled to the hosts about how the horrific incident unfolded.

The former Strictly pro appeared via video link alongside his brother, Curtis Pritchard, as he gave an update on his girlfriend’s condition.

“It was a hideous accident, what were you aiming to do?” Phillip asked.

AJ replied: “The thing was to turn a wine bottle into a vase. There’s a tutorial to just follow online and unfortunately, it went horribly wrong.

“I think what’s really scary is that her clothes caught light, her hair caught light and it all happened so fast, yet felt like a lifetime of a scenario.” 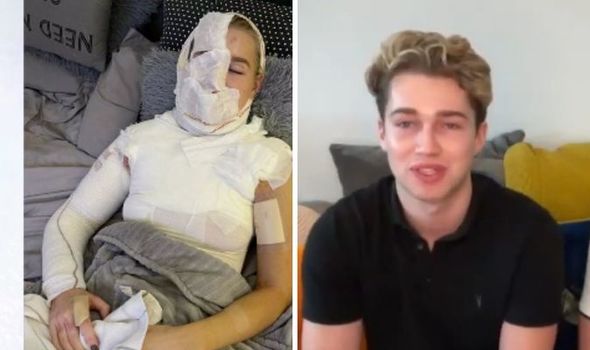 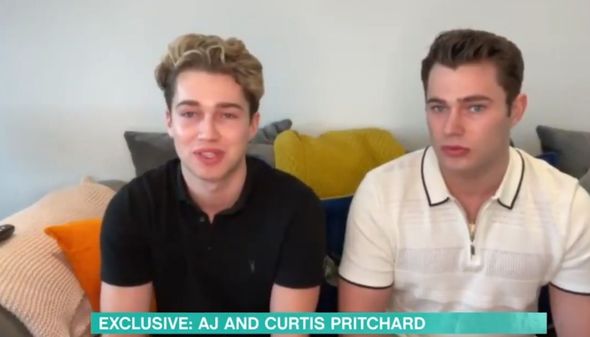 “ “When it happened, I think the most upsetting thing is seeing your loved one, someone you love, on fire and being, what felt like so helpless in such a moment,” AJ continued.

“As soon as the fire on her body, on her hair, on her skin was out we covered her in damp towels, we called 999, we did everything we thought was the right thing to do and to get her to A&E as soon as possible.”

AJ went on to explain that throughout the ordeal he was trying to keep Abbie calm. 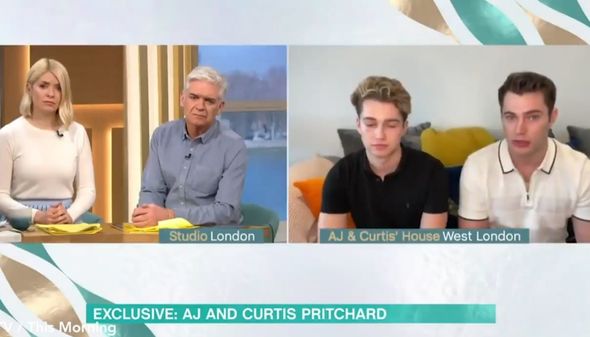 “I was just absolutely torn and being so calm and collected when it was happening, trying to go through all what was the right thing to do but then as soon as I handed her over I sat outside and I remember the night so vividly.

“I sat outside the hospital all night knowing that she wasn’t even going to come out that night, it was knowing that it was very serious… I was just kind of sat there, I didn’t know what to do.”

Turning to Curtis, Holly and Phillip went on to ask him if he was in the house when the accident happened.

He told them: “I was upstairs and I knew they were creating this video and I just heard the fire alarm go off and I came downstairs and I remember opening the door and there was glass on the floor.

“The door was slightly jammed and I saw AJ there and I said ‘Is everything alright?’ and he said ‘No’ and I knew straight away something had happened.”

He continued: “I didn’t know what at the time so I quickly put my shoes on straight away and came straight in, AJ had done everything he possibly could do.

“He was on the phone, he was trying to call 111 trying to get hold of everybody.”

Curtis went on to explain when he first saw Abbie, she was sat down, and although they were in shock, he made the decision to take them both to hospital.

“We just waited outside, we did everything we could do,” he added.

Speaking about picking his girlfriend up from the hospital AJ said it was the “happiest day of my life”.

The former I’m A Celebrity…Get Me Out Of Here! Star explained that he is caring for Abbie at the home they share with Curtis.

However, despite being in recovery, AJ is unsure as to whether Abbie will be able to dance again.

“Obviously she has had the skin grafts. They have been fantastic, the surgeons have done an amazing job,” he praised.

“Regarding moving forward with her recovery, the doctors have talked to us but they don’t know (about her career). She’s healing fantastic. They call her ‘Super Abbie’ because her skin is doing amazing.

“Right now it’s just focusing on what we can do each day and seeing those small improvements which feel like massive steps forward.”

This Morning airs daily at 10am on ITV.