This Morning guest Heather Bone has tragically died from cancer aged just 41, weeks after appearing on the daytime show as a competition winner.

Alison Hammond has been leading tributes to the late guest after Heather's sons broke the news on social media.

An Instagram post on the account set up to document Heather's cancer battle read: "After a long battle with cancer, Mum went in the most peaceful and perfect way last night.

"Mum inspired so many people and will do for years to come, she always put others first and ALWAYS stayed positive which kept the whole family going.

"On behalf of Mum she was so grateful of the support everyone gave us the past year as it kept her positive. After suffering for so long she deserves a rest. Sleep tight Mum." This Morning star Alison Hammond was among the first to comment on the poignant post, penning: "God bless Heather on her next journey now, I’m so honoured to have met her. RIP Heather."

Heather appeared as a competition winner on the show back in June, explaining that she had only three months left to live as Alison presented her with the Dosh On Your Doorstep prize.

On the show, Heather explained: "I got diagnosed with breast cancer in 2019, I then got the all clear just before my 40th birthday, I thought things were getting back to normal.

"I then got told I had brain metastases, so now I am getting myself organised."

Alison helped to lighten the mood of the segment by joking that Heather should invite some strippers to her party with her prize fund – which ended up being £2,000, plus a sweet message from Craig David.

Tributes from others touched by Heather's TV appearance and who knew her personally poured in on social media, with one social media user writing: "Even though she knew, and had openly said this day was coming – I personally feel really sad by this. Since following this page after watching her on This Morning I have followed her journey.

"I send my deepest condolences to her family and friends."

Someone else followed up: "I’m so very sorry to read this. Your mum provided light even when things were dark for her & it was so very clear how much she loved and was loved by her friends and family. Sending you all much love. Go well Heather."

It comes after Heather confirmed to This Morning hosts Ruth Langsford and Eamonn Holmes in August that she had spent the money on her own wake, explaining on the show: "It went fantastic, everyone turned up in wigs, it was nice to see people I haven’t seen for quite a long time and then trying to find out who’s under that wig. That was really really nice.

"It was everything all mixed up, it was emotional, it was happy, it was nice to see work friends I haven’t seen for a while. It was really nice. Yesterday I spent the whole day in bed."

And that wasn't Heather's only connection to the award-winning daytime TV show – as she had also appeared on This Morning to propose to her husband in an unearthed 2012 clip. 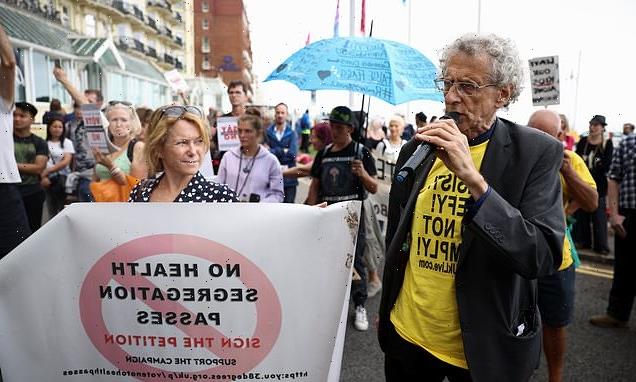