AMANDA Holden looked stunning in a pink dress following complaints about her raunchy outfits on Britain's Got Talent. 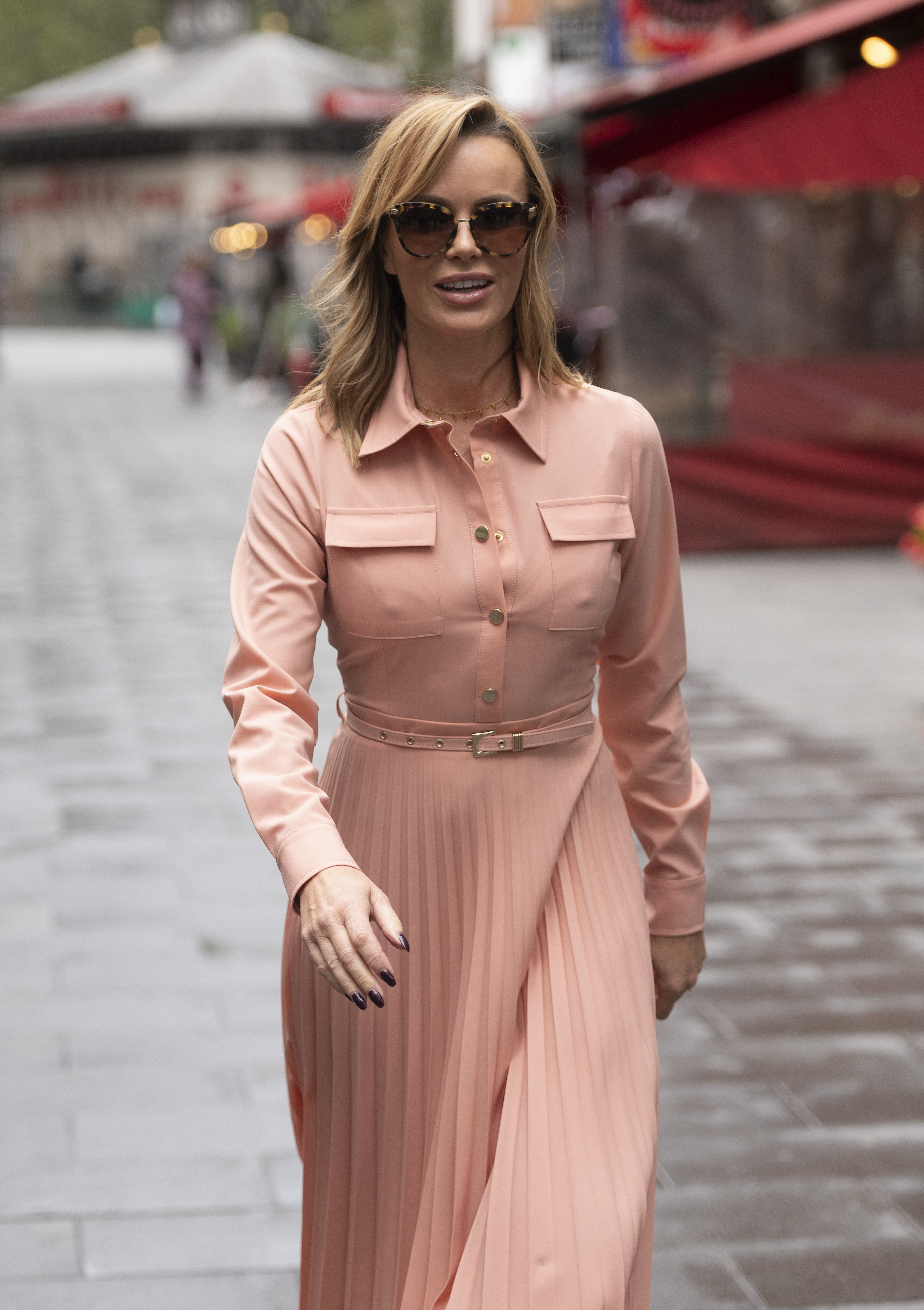 But Amanda, 49, put any negativity behind her this morning as she glammed up for her breakfast show.

Looking pretty in pink, the TV star wowed onlookers in a long floaty dress that accentuated her tiny waist.

The pleated skirt flowed to the floor and she complemented the outfit with soft pink heels.

It comes after fans joked at the weekend that BGT judge Amanda had "done away with the dress entirely" as she took to the stage in a see-through corset for the latest edition of the ITV show. 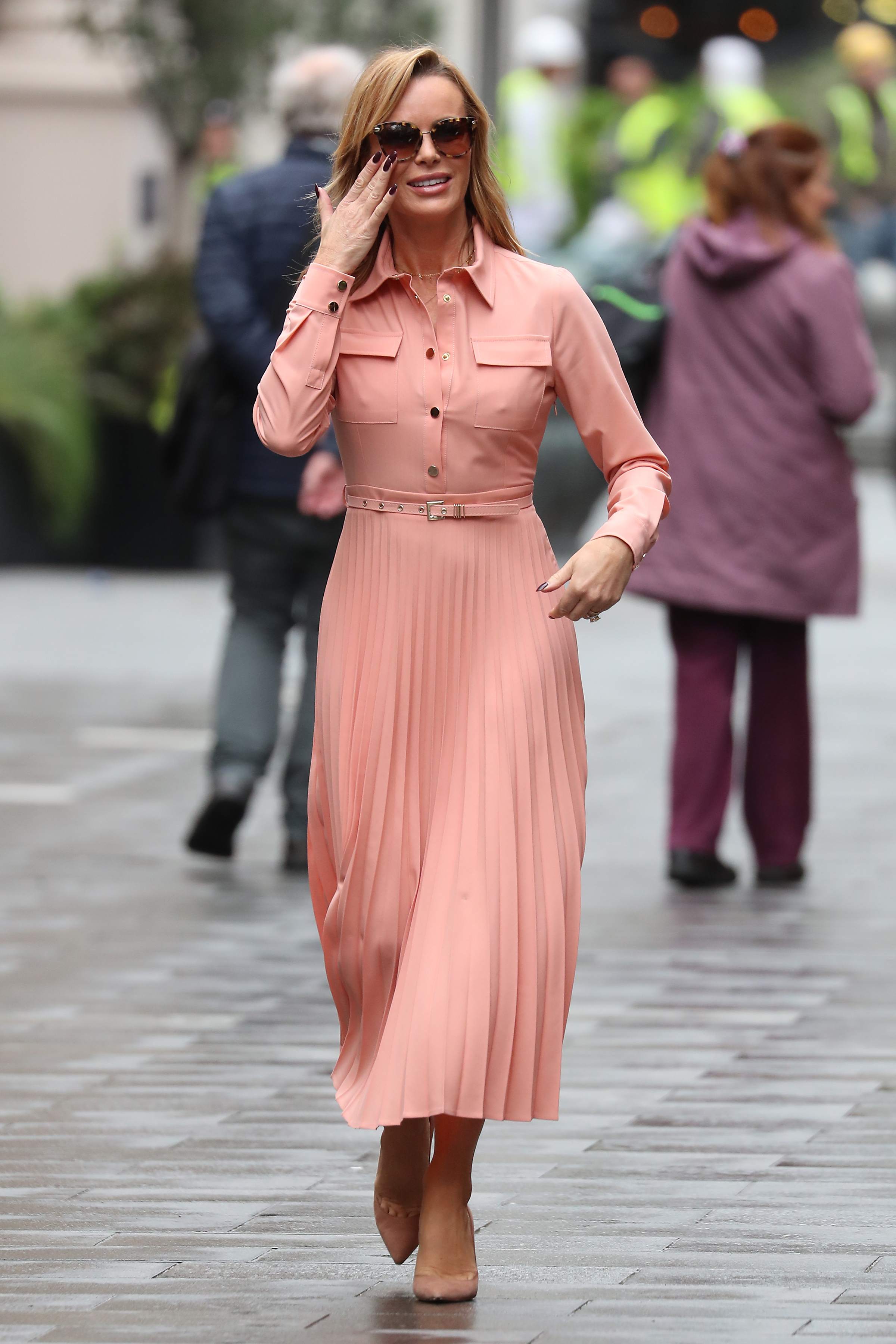 Another suggested she had nipped down to a lingerie shop before the show kicked off.

They joked: "Amanda Holden's dress is brought to you by Ann Summers."

Her appearance on Saturday evening came after 235 viewers complained to Ofcom about Amanda's outfit the previous week.

However, she refused to tone down her look, strutting onto the stage in the lacy top and a skirt with a thigh-high split to huge applause from many. 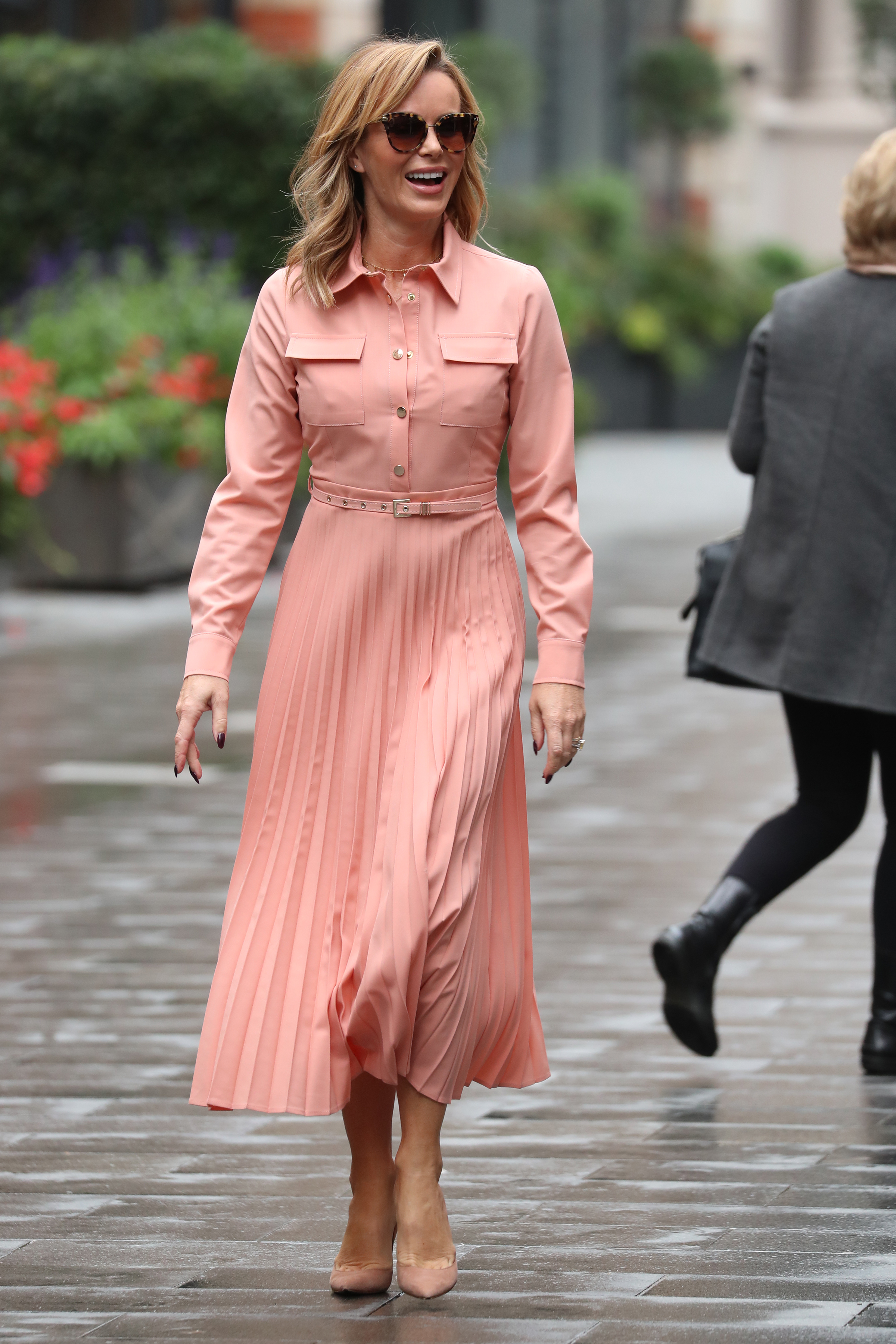 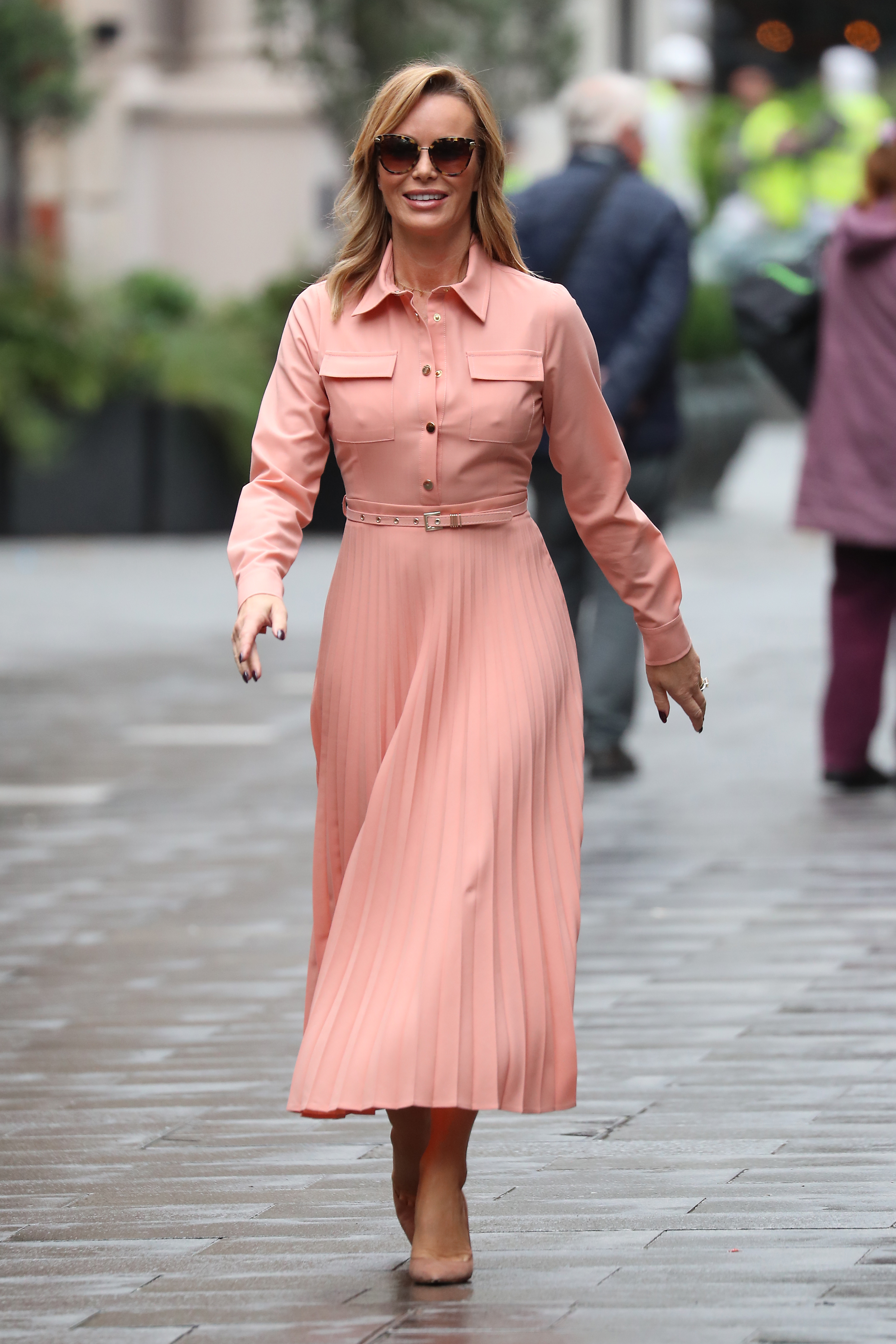 But while some were going wild about her defiant costume, others predicted it would spark many more objections to the TV watchdog.

With one writing: "Amanda Holden showing a bit of leg, Ofcom is being dialled already by hundreds."

Speaking to The Sun this week, Amanda laughed off the controversy and vowed to keep wearing what she loves.

The judge explained: “There’s now a whole body of people that knock on my door and come and stare at my chest before we go on air.

“There’s a t*t committee. There are so many brilliant people, they come down, knock on the door and there’s the lady who’s the producer who said, ‘Mandy, it looks great.' 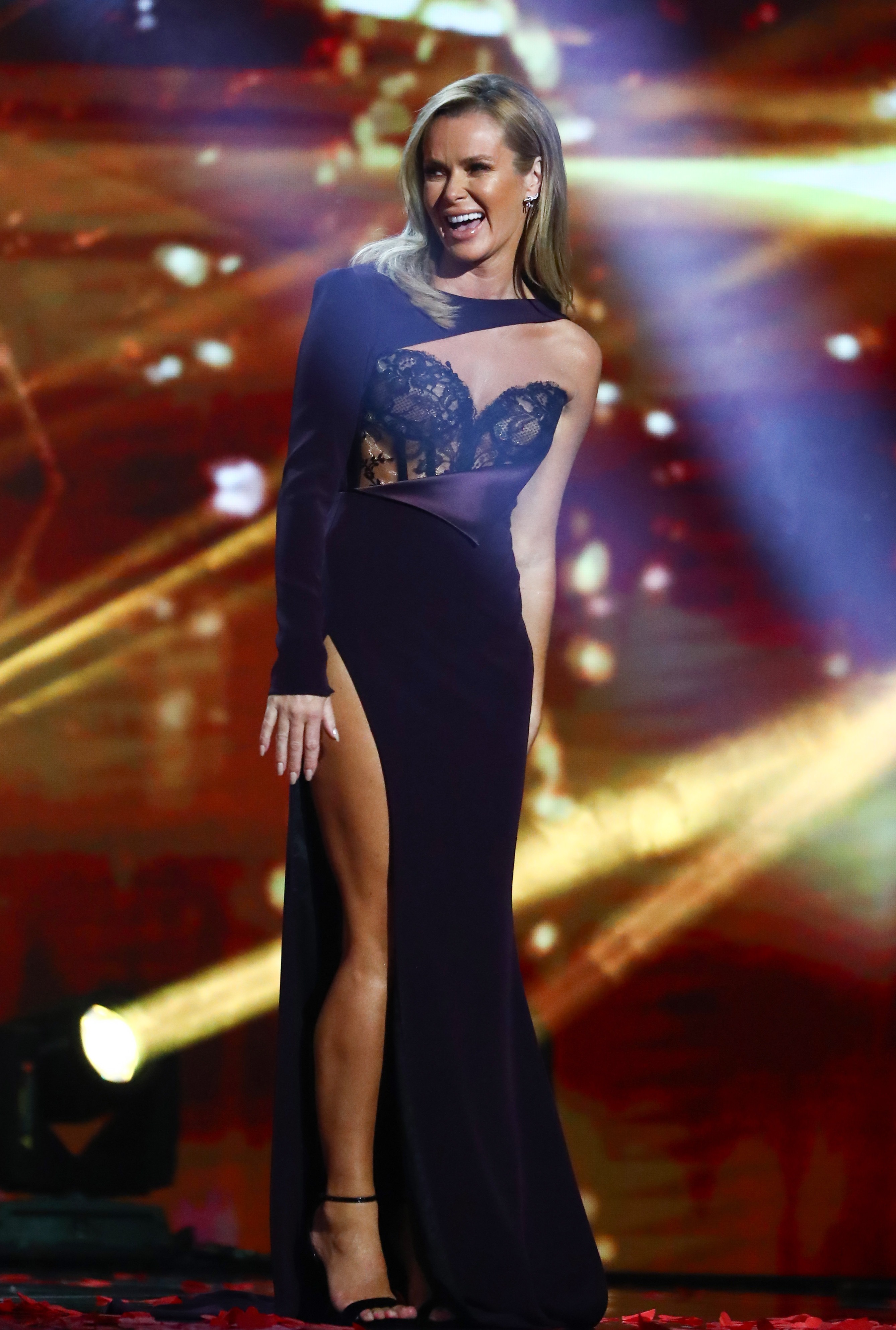 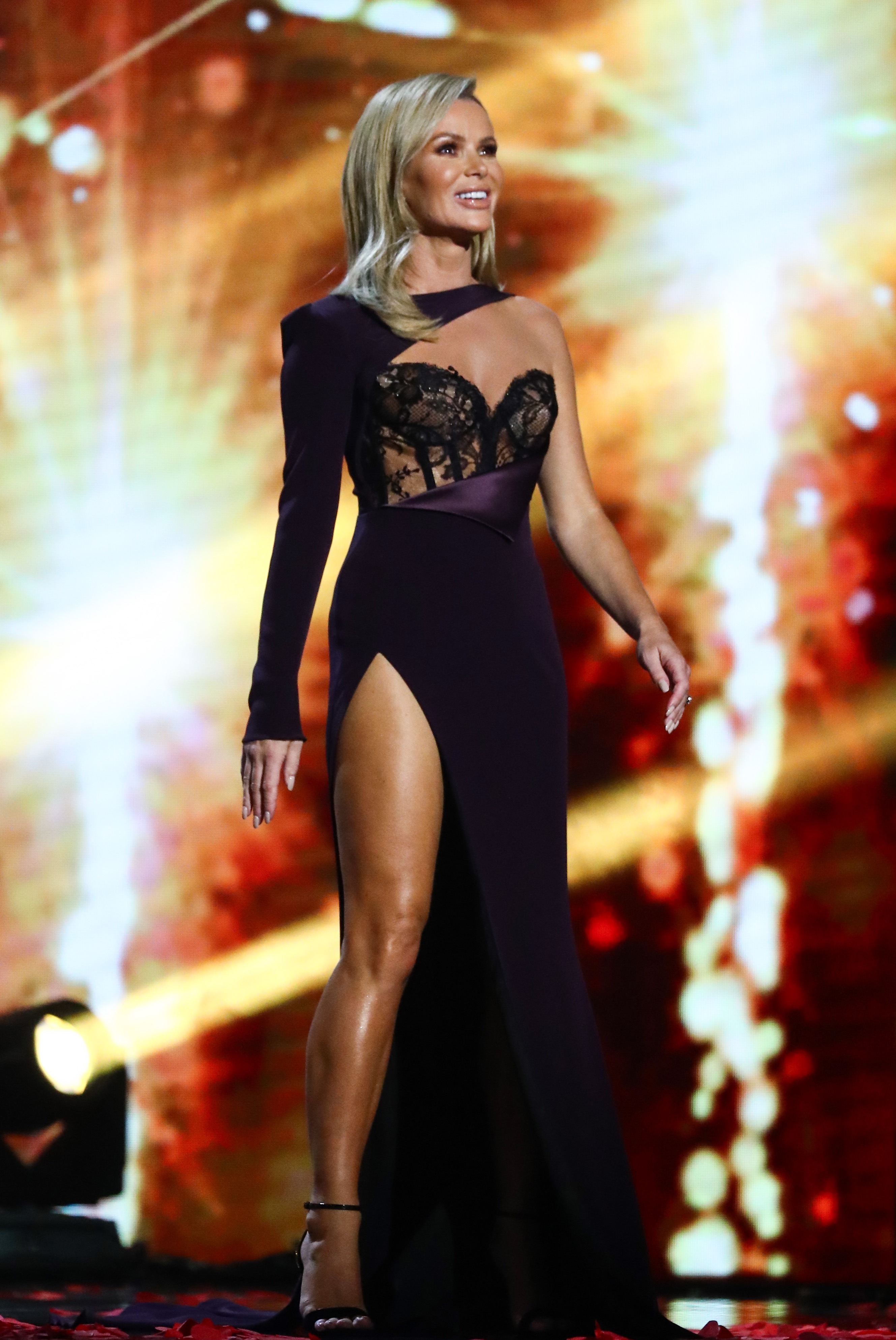 “She said, ‘I can see it’s underwired’ – people thought it was my nipple they could see but it was the underwire.

"My husband does describe them as being like football studs, but that’s probably too much information.

“But yes, there’s a whole committee now, and a head of the committee. I won’t name her, but she’s female. She is a good, strong woman and she’s on my side.” Inside Jenna Marbles’ relationship with Julien Solomita
We and our partners use cookies on this site to improve our service, perform analytics, personalize advertising, measure advertising performance, and remember website preferences.Ok