Yesterday, The Sun exclusively revealed how the Love Island presenter is wearing her engagement ring again and has let her former fiance back into her London pad. 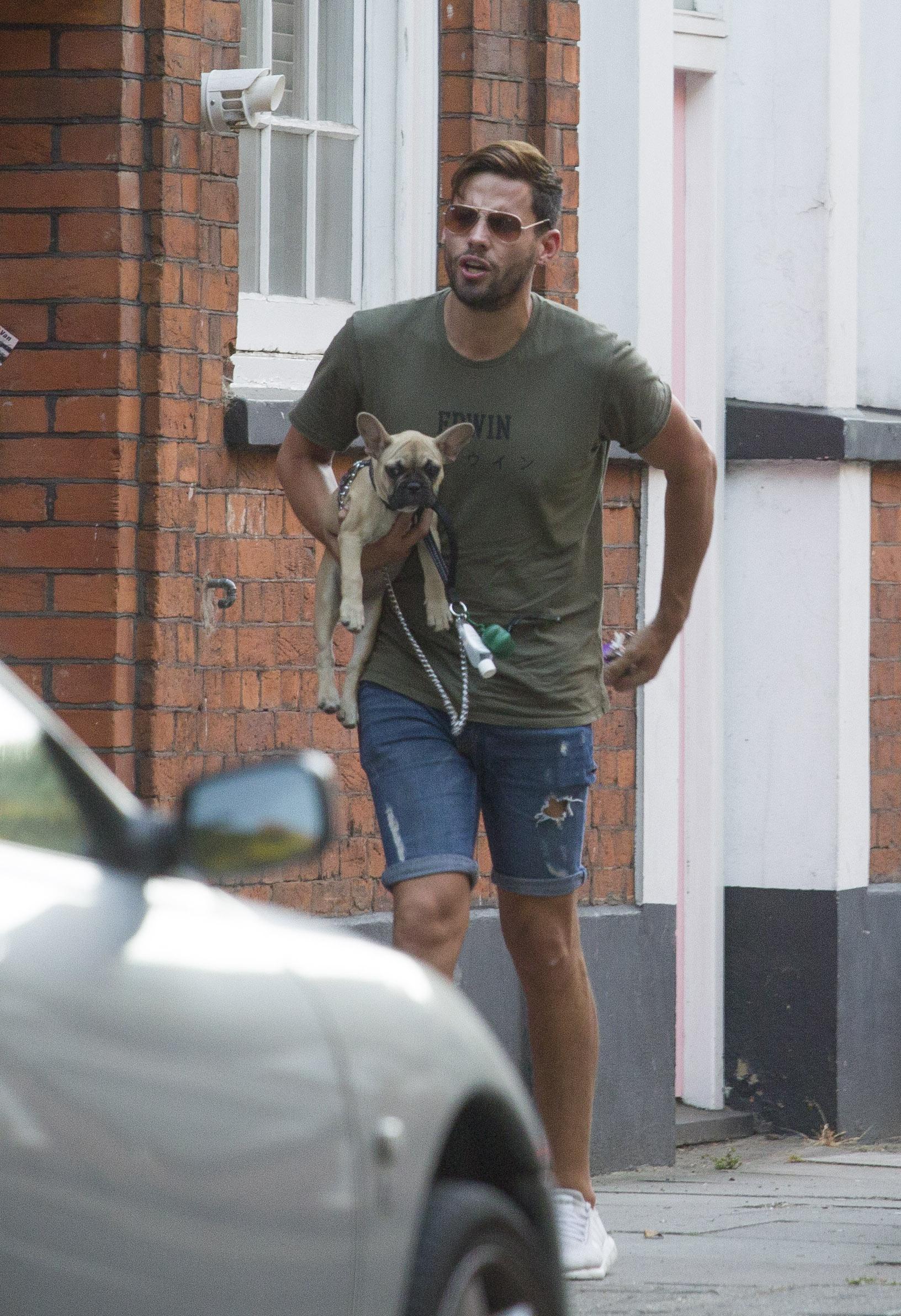 Today, the 27-year-old was pictured arriving at her home with their dog Ruby tucked under his arm.

Wearing denim shorts and a khaki T-shirt, Andrew looked annoyed as he headed to the door carrying the pup.

The snaps come as Caroline's friends fear she is preparing to give their relationship another go, despite believing he cheated on her.

The Love Island host, 38, insists she will not make a final decision until the series is over. 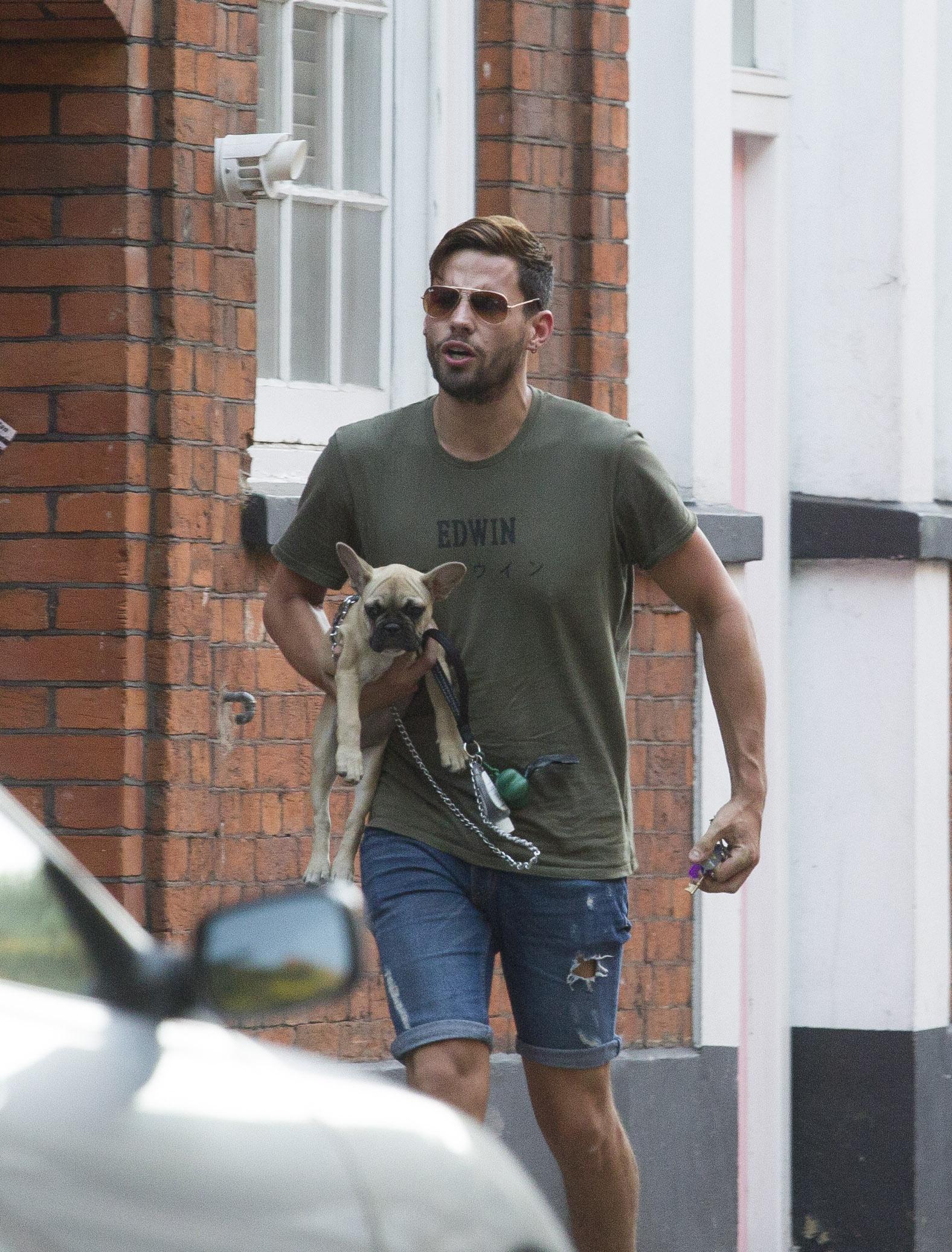 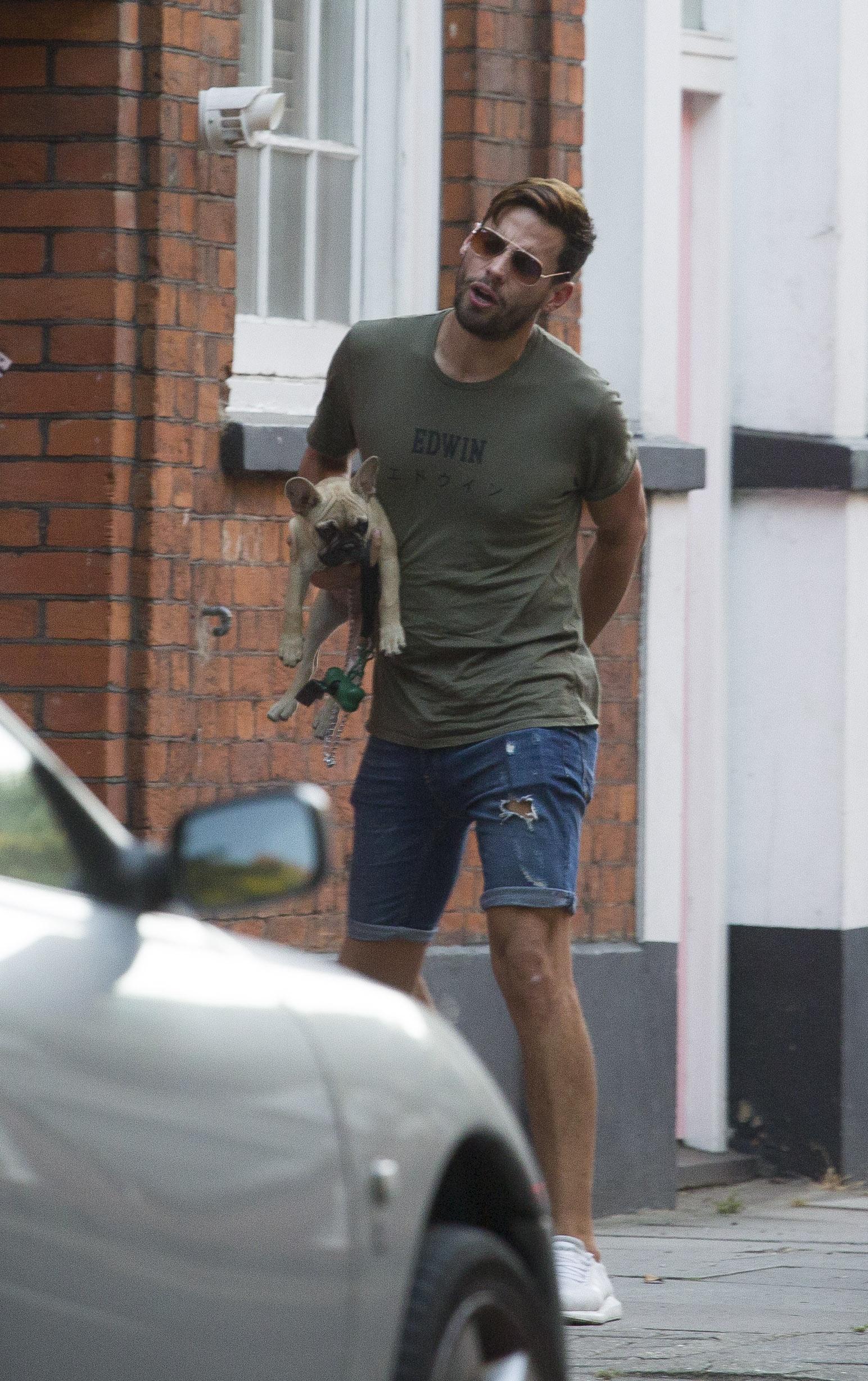 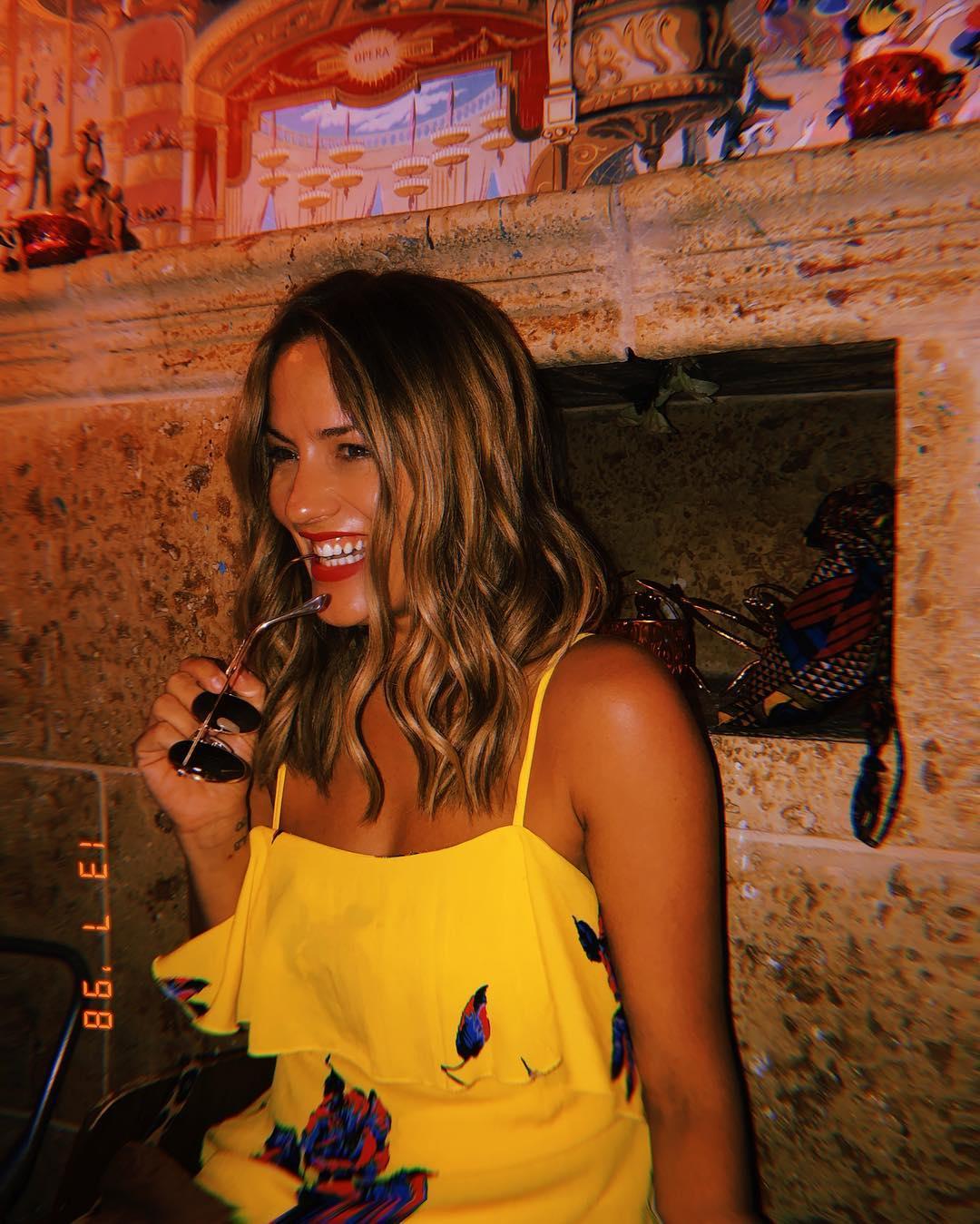 But the move to reconciliation will shock fans after The Sun revealed her heartbreak just a fortnight ago.

Her diamond engagement ring was also ditched before she confirmed the wedding was off.

But she has since had a dramatic change of heart. A friend of Caroline’s revealed: “It’s obviously only at an early stage but things have improved a lot since they split.

“Caroline is now wearing her ring again — although to keep things a bit low-key she has decided to put it on her other hand.

“He’s been back at the house they previously shared and they’re slowly working through things.

"Nothing is set in stone, but it looks as though things are getting back on track.

"All any of her friends wants is for her to be happy, whatever that involves. 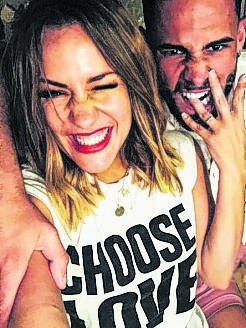 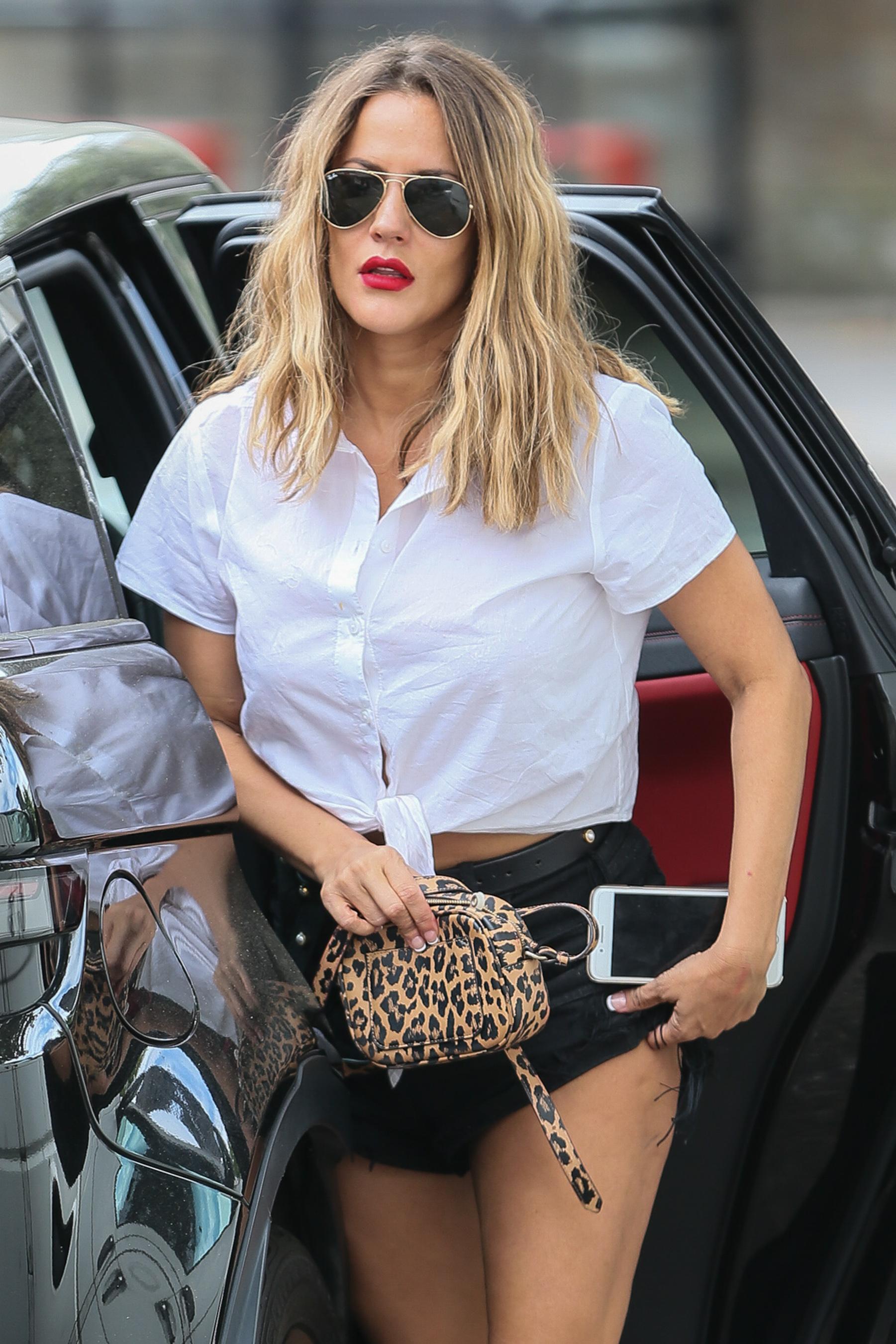 “Nobody wants to see her hurt.”

Caroline appeared this weekend at the opening of a River Island at Westfield shopping centre in Shepherd’s Bush, West London.

The couple split earlier this month after a whirlwind romance, and Caroline was later devastated to discover Andrew had had a meeting with Celebs Go Dating bosses a day before they broke up.