Dating in the public eye is easier said than done.

When it comes to Angela Simmons‘ love life, the Growing Up Hip Hop star can’t seem to avoid headlines surrounding her relationships with Romeo Miller and Bow Wow.

In fact, pop culture fans continue to speculate that Romeo is upset with Angela’s Instagram pictures and friendship with ex Bow Wow.

But what does Angela think of all the chatter in the streets?

“It goes back to me not really caring. But also as a friend, if [Romeo’s] a real friend, then I’d like you to have that conversation with me. Whether or not I’m going to stop or not would be on me. But as a friend, if you feel like it’s something you don’t like to see, then have that conversation with me,” Angela shared exclusively on E! News’ digital series Just the Sip. “Even now, I’m so over talking about him because it just got blown out of proportion at this point.” 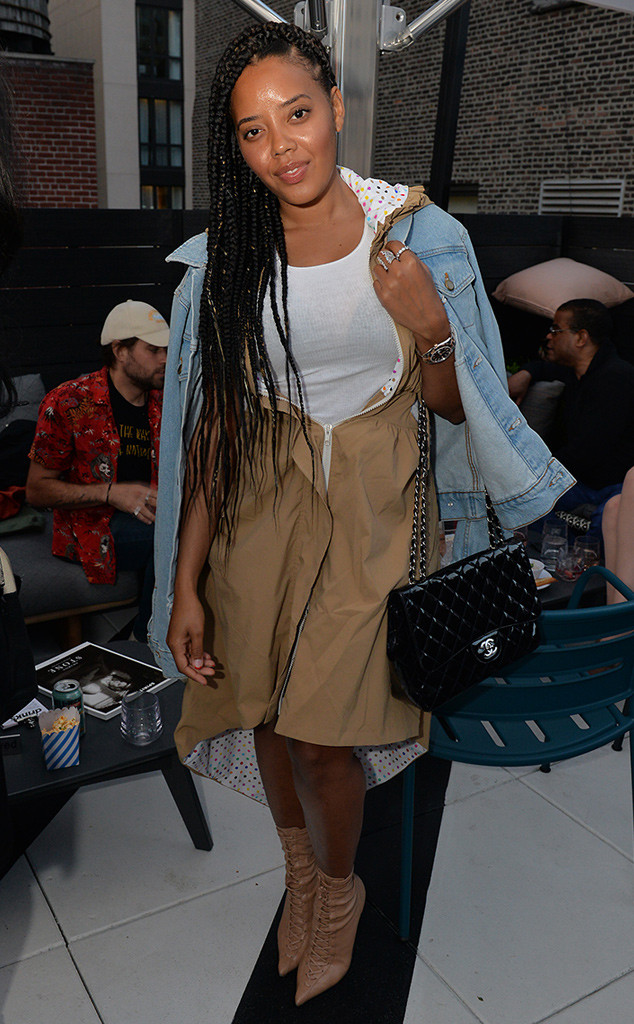 Ultimately, there is so much more to Angela’s story than who she is—or isn’t—dating. While sitting down with Justin, the reality star opened up about the sudden death of her ex-fiancé and life as a single parent.

“I don’t want perfect anymore. I want what makes sense for me and I’m at a point where I always say never say never because you never know what’s going to happen,” she shared. “You literally have to live day by day to your best and that’s just what it is. I could plan but I always laugh because God has a whole other plan.”

Growing Up Hip Hop airs Thursday nights at 9 p.m. on WE tv.