Let the power plays begin! In the altogether thrilling trailer that TNT dropped Wednesday for Animal Kingdom Season 5, J declares that with grandmoll Smurf dead and gone, he’s in charge. And the funny thing is, Pope says he’s calling the shots. And so does Deran. And Craig. (As if.)

In other words, it’s going to be a fantastically messy penultimate season of the addictive crime-family drama (which kicks off Sunday, July 11). Elsewhere in the pulse-pounding promo, we get our first peek at Pose vet Charlayne Woodard as Pamela, the old accomplice to whom Smurf left the bulk of her ill-gotten gains. “Power can be taken,” she notes, “or it can be earned.” 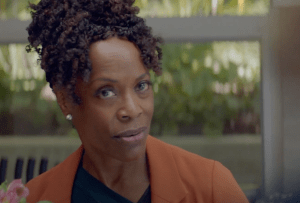 We can just imagine which one the Cody boys will choose when they finally have a chance to, as they put it, “do things our way.”

Per the show’s official logline, Season 5 will find “Pope, Craig, Deran and J… still dealing with the fallout from the events surrounding Smurf’s death, including family members out for revenge. With their kingdom without a leader, the Cody [crew struggles] to maintain their fragile alliance, and to see which of them will come out on top.

“Meanwhile, they search for more information on Pamela, whom Smurf made the beneficiary of her estate,” it goes on. (Considering that she’s in the trailer, I’m gonna go out on a limb and guess that they find more than information.) “And back in 1984, an increasingly volatile 29-year-old Smurf is forging her own path raising Pope and [twin sister] Julia and leading the charge on dangerous jobs with new and old friends.”

To watch the trailer, press PLAY on the video above. Then hit the comments. Who do you think will really wind up in charge of the Codys’ business?