BBC viewers see fans of Antiques Roadshow visit the various Roadshows around the UK to offer up their treasures to Fiona Bruce’s team of experts. However, many guests are often left surprised by what they discover about their belongings. And one Roadshow from 2018 saw a guest who’d brought along a painting tell expert Amin Jaffer not to “judge” her after she revealed she had wanted to get rid of the piece of Jamini Roy art.

Amin quizzed the guest straight away, asking: “Am I right in saying you wanted to get rid of this work of art?”

She replied: “I did! I said to my son, ‘Let’s check it out first,’ and he checked it out with SOAS [School of Oriental and Asian Studies].

The expert went on to detail how the London-based university is one of the centres of study of Asian art before confirming the guest’s hopes. 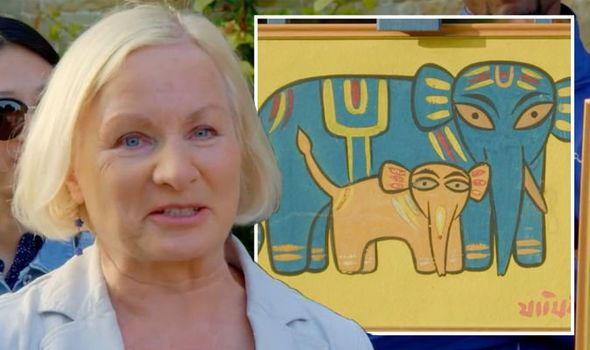 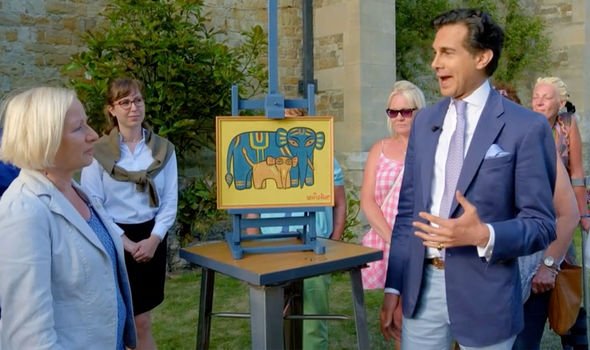 Amin explained: “As you said, this is a painting of Jamini Roy who is kind of a modern master of Indian painting

“Jamini Roy believed in the popularisation of Indian art, he didn’t just believe it should just be for the elites.”

Amin revealed more about the artist’s style, calling it “accessible to everyone.”

He gave more details about the artist in question, telling the guest Jamini had come from an “affluent family” and had attended art school 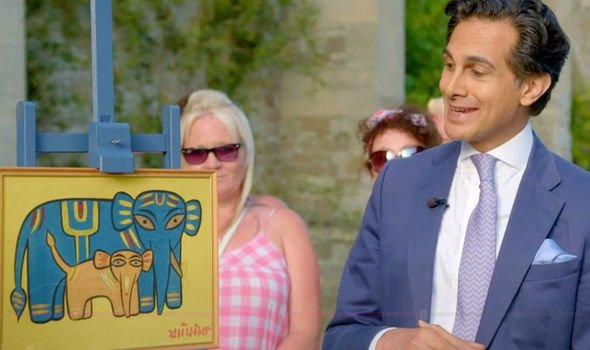 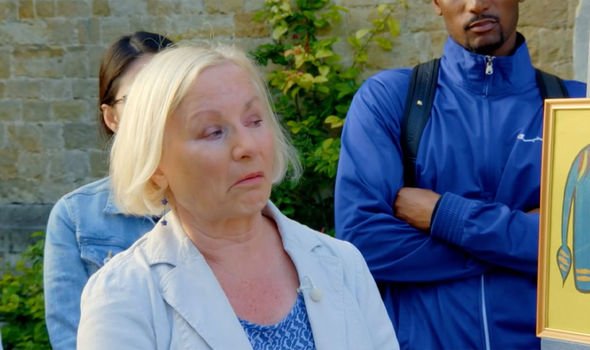 Despite his background, he said of Jamini: “He was painting like a European painter, Impressionist type of work.”

The expert gave more of a historical context of the situation before adding: “This expression, this political expression was felt in every aspect of Indian identity.”

Amin spoke of how Jamini had changed his style back to a more traditional Indian style of watercolour on paper – which the painting shows.

He said: “Instead of copying western artists, he went to traditional tribal and folk traditions from Bengal, after the 1920s, his painting revolved around traditional scenes.

“For this reason, he’s seen as a master of modern art in India because he was able to distil subjects into really simple spare elegant forms.”

And he had good news for the guest, confessing: “You have something rather important on your hands

She explained: “Well, my godmother actually gave it to my son, it belongs to my son, in fact.

“When he came back from travelling a few years ago, I said I’m a bit fed up with this maybe we should get rid of it? and that’s when he decided to look it up!

And it was time for Amin to move onto the all-important valuation.

“Well, I would say that in an auction of South Asian modern and contemporary art, it would probably start with an estimation of something like £4,000-6000?”

“Oh… well don’t judge me as an art collector then!” the guest concluded, clearly stunned by what she was in possession of.

Antiques Roadshow airs Sundays at 8pm on BBC One.