Ronnie Archer-Morgan was on hand to carry out the valuation of a gold snake ring on Antiques Roadshow when the show visited the Stormont Parliament Buildings. A guest presented the piece of unusual jewellery to him and revealed an incredible backstory that led to the BBC expert changing his mind about the worth of the item.

Ronnie began: “We’ve got a double snake gold ring here and a picture of a man.”

“Yes, he’s my great great grandfather, a gentleman named Jack Sores. He was Portuguese consulate in Alexandria,” the guest revealed.

“But he was also a Jewish banker and that’s how he came by the ring.

“The story goes he was given it by Lord Carnarvon as a token of his appreciation for his help with organising funds for the famous excavations in the Valley of the Kings.” 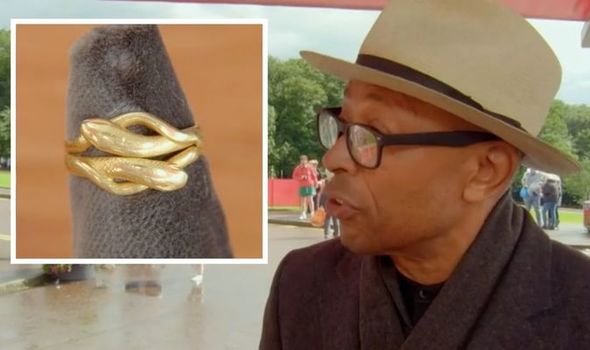 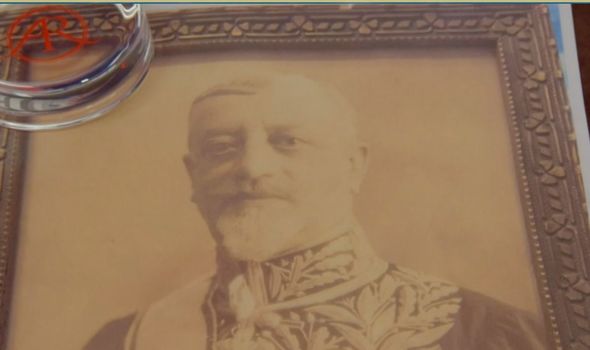 “Tutankhamun, the most famous archaeological discovery ever and so what’s the ring supposed to be?” Ronnie added.

The owner explained: “I was told it might be Roman and that’s about all I know, and as it’s snakes I assumed it was Egyptian.”

“It’s not Egyptian and it may be Roman. It’s in a Roman-style, it’s gold, it’s quite fine gold,” Ronnie continued.

“I’ve looked at it and it’s very worn and you don’t wear it all the time.” 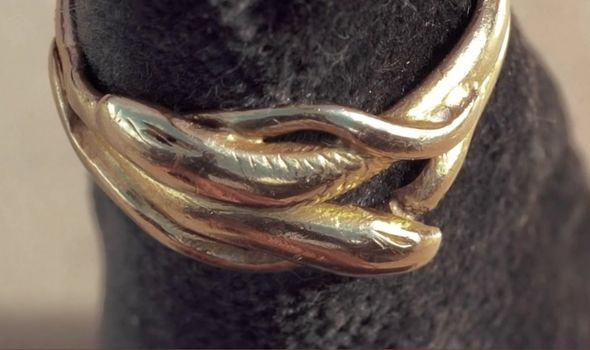 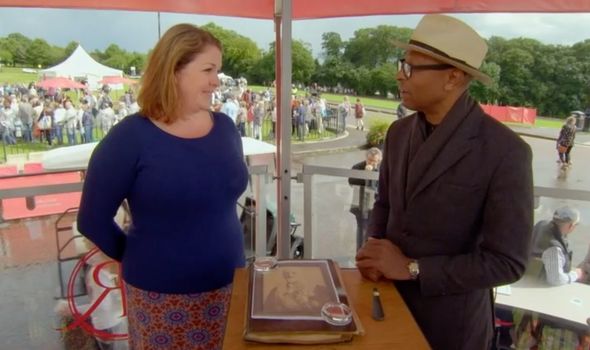 “No, definitely not,” the ring’s owner replied.

“I think it’s highly likely it is [Roman],” Ronnie said. “As a Roman double snake ring, snakes are all about fertility and rebirth, snakes shed their skin.

“Snakes were used to defend temples or the images of snakes and so on.

“It’s quite an amazing connection. Carnarvon precipitated the myth of the curse of the mummy that’s huge.”

“He died a few months after discovering King Tut’s tomb and everybody thought that the tomb must be cursed for him to die,” the expert said.

“They allowed this myth to ramble on to keep tomb robbers away.

“Carnarvon wasn’t just an Egyptologist he loved antiques so it’s highly likely it is Roman and it belonged to him.”

“That’s more than I thought,” the stunned guest said.

“A lot of ifs but very interesting thought-provoking, I love it.”