It seems Anton Du Beke’s only chance of winning Strictly Come Dancing was last year with Emma Barton when they made it all the way to the final. The EastEnders star appeared on BBC’s newest magazine show; Morning Live with Kym Marsh and Gethin Jones to discuss the year’s series and Emma told the presenters who she was backing – and it’s not Anton and Jacqui Smith.

Kym asked the actress: “How would you have coped with it this year?”

“You wouldn’t have known any different, I suppose,” Emma replied.

“You just go with it and I was so excited to watch it on Saturday, a bottle of wine and back to where I started, because I’m a massive Strictly fan.

“It’s the music Gethin – you’ll relate to it – it does make you slightly nervous and then I had a little pang of jealousy because I wanted to be back doing it!” 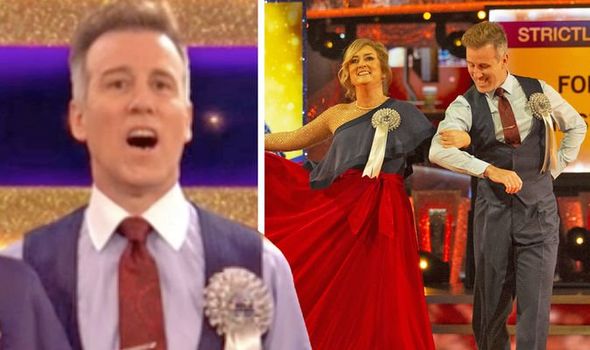 Gethin, who appeared in series five of the dance competition said: “And then the nerves kick in all over again. I suppose you’re backing Maisie this year?”

“Of course I’ve got to back our Maisie,” Emma added. “She’s our EastEnders girl and wasn’t she amazing?

“Her and Gorka, you couldn’t tell them apart! She looked so professional and blew me away, there’s no way me and Anton could have done that.”

“I’d have love to have seen Anton in that shirt to be honest!” Gethin interjected, referring to the neon pink number Gorka Marquez wore last Saturday night. 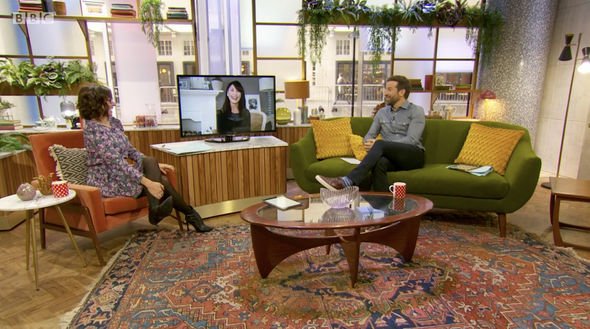 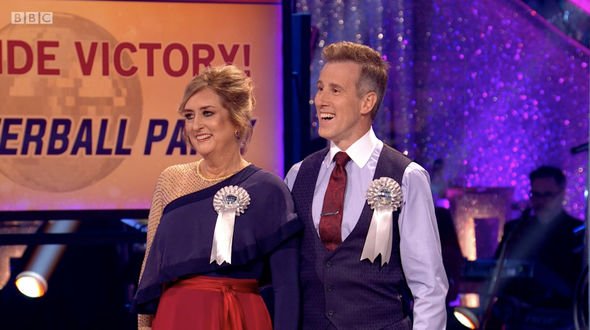 Maisie Smith and Gorka were awarded 24 points for their Samba and sat second place on the leaderboard behind HRVY and Janette Manrara who got 25 points.

As for how Anton and Jacqui fared, they sat bottom of the leaderboard.

Together, they performed a Foxtrot to Always Look on the Bright Side of Life.

Tomorrow night, they will be dancing the Samba to Help Yourself. 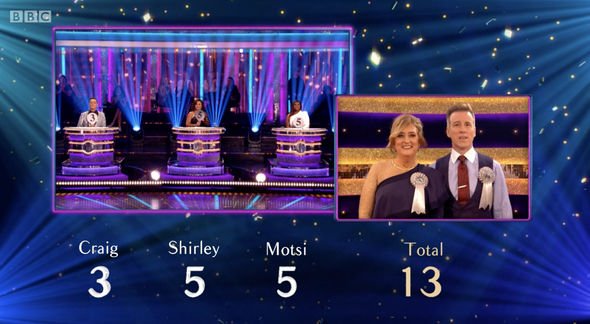 Will they be able to impress Craig Revel Horwood to be awarded more than three points?

As for Anton’s chances of winning this year’s series, it seems the odds are not in his favour.

The former Home Secretary is on at 4-7 to be booted tomorrow night, making her the first celebrity contestant of 2020 to be eliminated.

According to Coral, Jason Bell is the second favourite in the market to leave the show.

“Our betting predicts it’s going to be all over for Jacqui just after it began,” Harry Aitkenhead said.

“She’s odds on to be eliminated this weekend and be the first celebrity sent packing on Strictly this year.”

But who is the favourite to go all the way to the final?

“HRVY has been the punters pick since the opening weekend and he has now been backed into the favourite to win Strictly 2020. Maisie Smith is now the second favourite,” Harry added.

Strictly Come Dancing airs tonight on BBC One. at 7.25pm.