As Harvey stages a break out in Corrie, 9 other soap prisoners who escaped 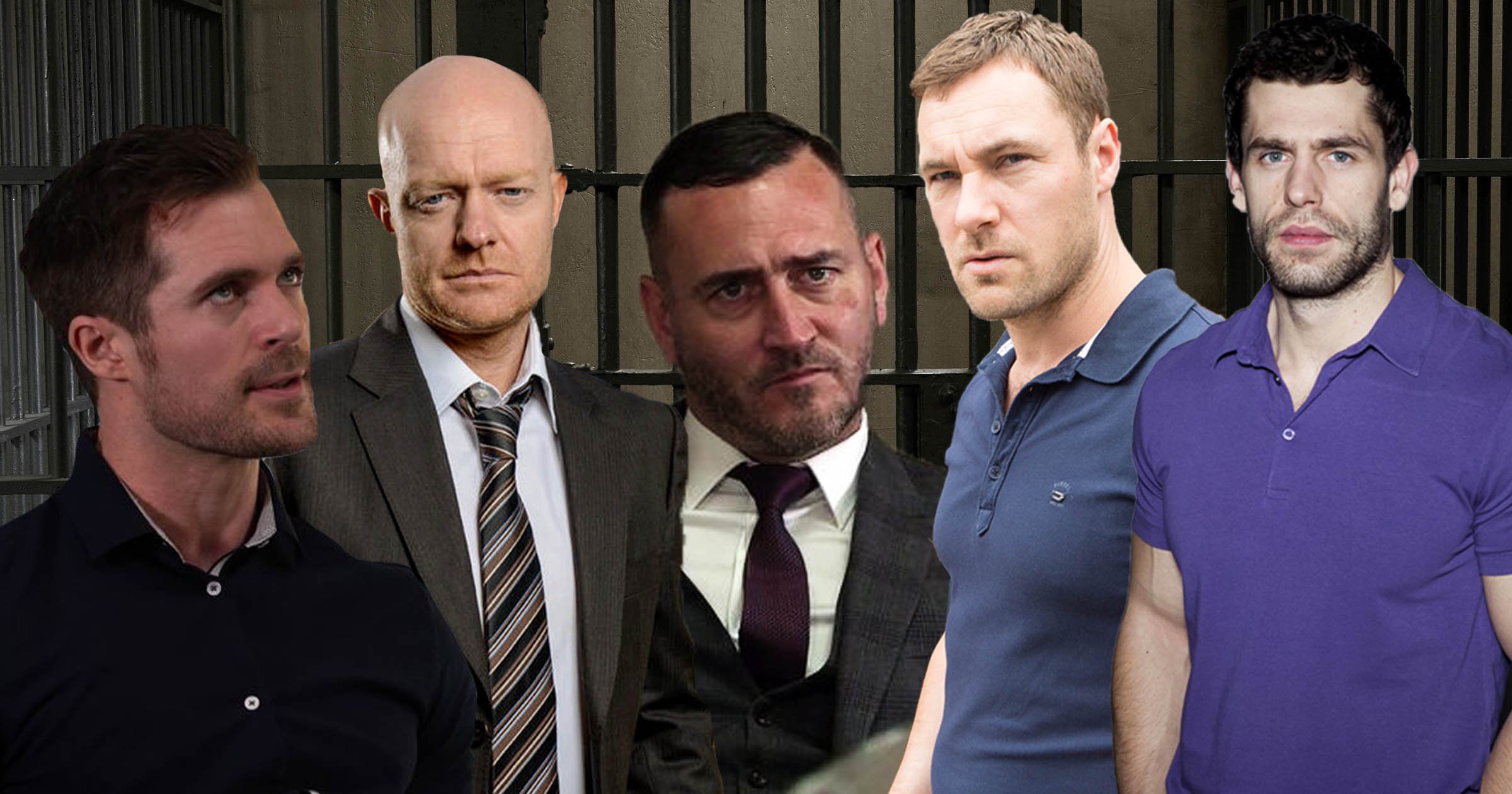 Drug lord Harvey Gaskell (Will Mellor) breaks free from police custody in Coronation Street this week and swears revenge. Unfortunately, Harvey failed to brush up on his soap history first.

If he had, he would know that his chances of a happy ending are about as likely as Sally Metcalfe (Sally Dynevor) minding her own business.

Re-enacting Prison Break in soapland only results in death, a heavier punishment or having to disappear without a trace.

Read on to relive those times characters memorably made a run for it.

Andy’s brother Robert Sugden came to his aid with a fake passport, and he left the village for good. No one has heard from him since, despite his innocence becoming common knowledge.

Suspicion was firmly on scapegoat Max (Jake Wood) over Lucy Beale’s murder, even though Ian and family were well aware the culprit was her young brother Bobby.

Seconds after the guilty verdict, Max jumped out of the dock and absconded. But he wasn’t great at this hiding lark, and was swiftly found and deposited straight back to jail.

Years after his brutal murder of Tina McIntyre, Rob (Marc Baylis) was being transferred to another prison after becoming an informant. The van crashed, and Rob was presumed dead – but of course, he was alive and well.

Tracy was all set to run away with him, but chose to protect Amy after wrongly fearing she had pushed Ken down the stairs. Rob turned himself in to confirm Tracy’s alibi in court after realising Amy was innocent.

Rapist Laurie (Kyle Pryor) saw his chance to flee when his prison van was involved in a collision. He stole a car but was stopped in his tracks upon spotting wife and victim Sinead O’Connor.

She was forced to play along with his deluded plans for their future; but the head injury he sustained from the accident led to a cardiac arrest and Laurie died, thus ending his reign of terror.

After confessing to Emma Barton’s murder to protect mum Moira who was the real killer, Adam (Adam Thomas) was being transported to jail when best mate Aaron and stepdad Cain sprung him from the van.

While this scheme wasn’t down to him, Adam agreed to leave the country, breaking wife Victoria’s heart. Last seen stowing away in a shipment container, we still hold out hope he will come home one day.

Serial killer Lucas (Don Gilet) saw an opportunity to escape when Denise came back into his life to help his son Jordan in 2016, but Jordan excitedly told Denise and the authorities were alerted.

There didn’t seem to be much thought behind this particular scheme, as Lucas was back in prison before he even had time to take in the fresh air.

Life had just settled down for the Platts when Kylie’s teenage killer Clayton (Callum Harrison) plotted his getaway during his father’s funeral.

His mum Shona (now the new partner of Kylie’s widower David – only in soapland!) was left terrified when he held her hostage, and stabbed him in self-defence. Clayton survived, and was sent back to his cell.

After returning from the dead, Dee Bliss (Madeleine West) was gobsmacked to discover she had a twin sister – the ruthless Andrea, who had tricked poor Toadie Rebecchi into thinking she was his lost love before pushing Dee off a cliff.

In prison, Andrea enlisted a smitten guard to drug Dee while she was there visiting mum Heather, quickly swapping places with her.  But her accomplice betrayed her, and she was soon back where she belonged.

Hunter (Charlie Winter) scarpered while being moved to a new prison for the murder of almost stepfather Ray. Yes, this is clearly the most popular method of escape – and yet soapland’s police still haven’t upped their security!

Mel tried to hide her son, but he sealed his own fate by holding her and Walford’s locals hostage in the Vic before shooting Ben Mitchell.

After engaging in a bit of hardman role-play, Hunter was killed when the police opened fire.

Let that be a lesson to you, Harvey – just stay inside. Oh, wait…