SHE has the sexy moves, she has the revealing outfits – now Amanda Holden is ready to become a Pussycat Doll.

So reckons band member Ashley Roberts, who has been mentoring new BFF Amanda in the art of sass. 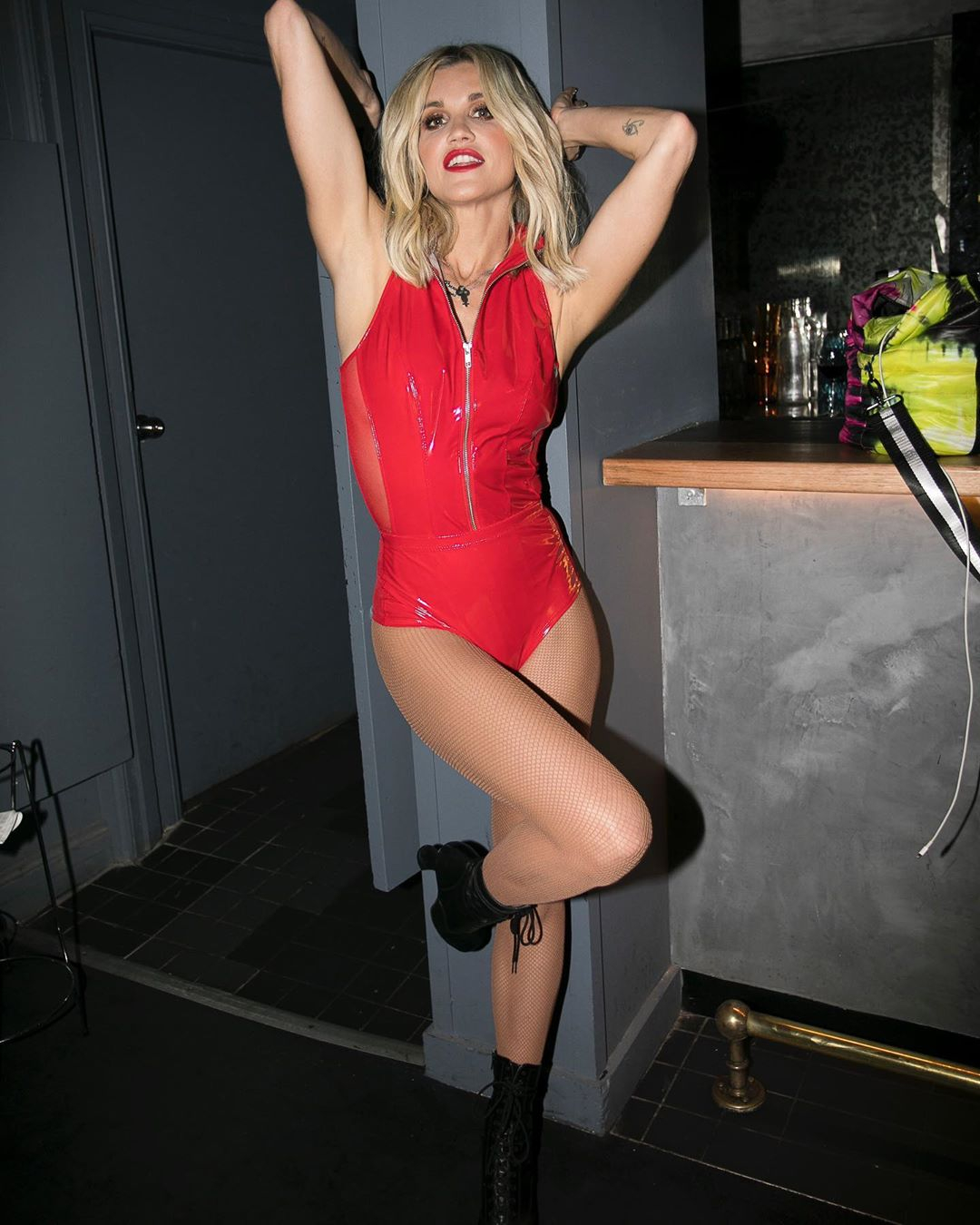 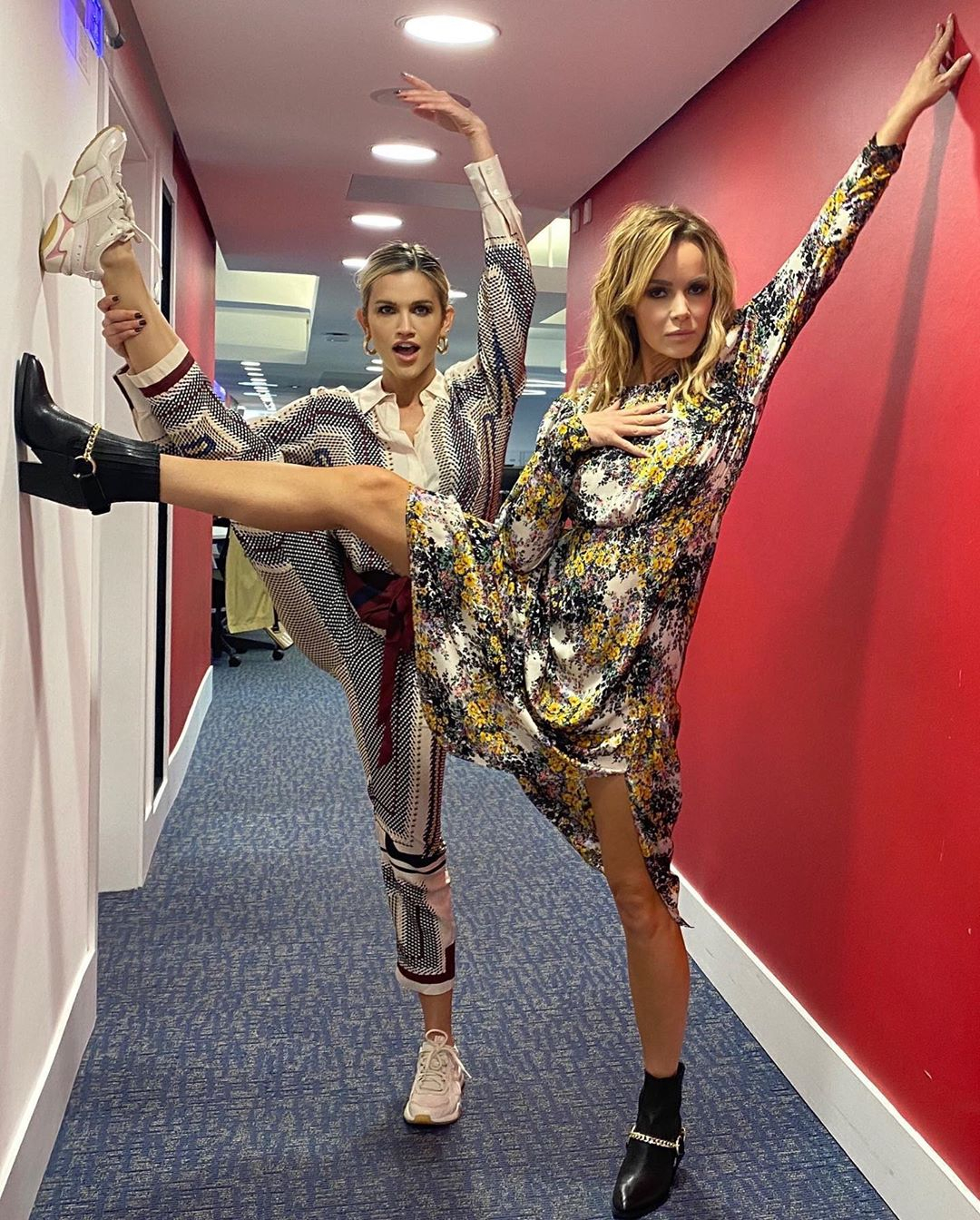 Speaking exclusively to The Sun, Ashley says: “I absolutely think Mandy could step right on.

“She’s been very vocal about being willing and able.

“If we were ever to need someone to step in, she’s available.

“Mandy would bring a lot of fun and sassiness.

Ashley, 38, and Britain’s Got Talent judge Amanda, 49, have palled up since last June when Ashley joined Amanda’s Heart FM morning radio show which she presents with Jamie Theakston.

Ashley describes Amanda — known for her low-cut dresses on ITV’s BGT — as a “sister” and loyal brunch buddy who is always looking out for her.

When I ask who drinks the most, Ashley replies: “Probably Mandy. She likes the bubbles.” 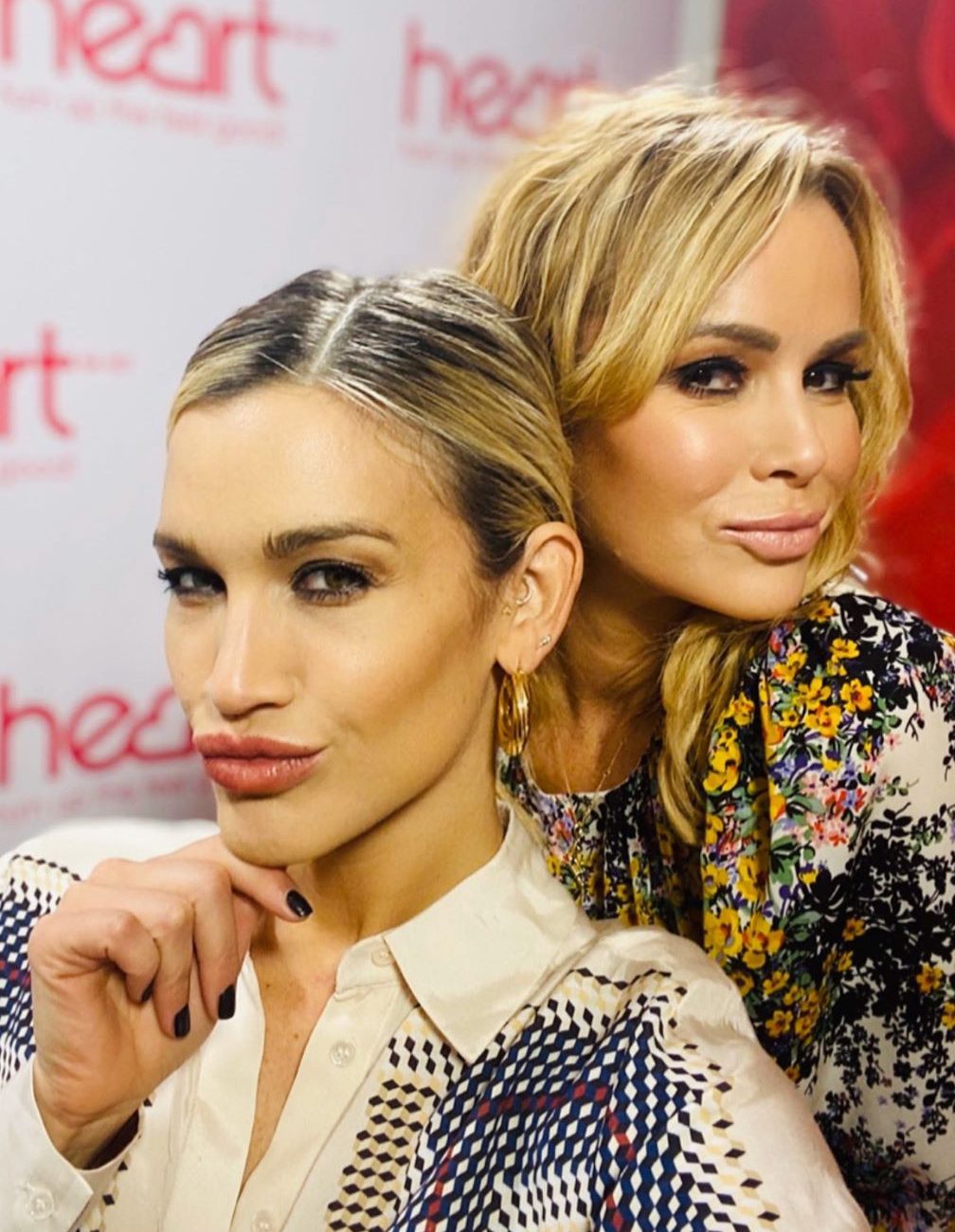 When they are together they get up to all sorts of frolics — and Amanda’s attempts at imitating one of the Pussycat Dolls’ raunchiest moves, the tepee yoga position, have thrilled their fans on social media.

Last month, with Ashley’s coaching, Amanda perfected the tepee, which involves grounding a shoulder while sticking your backside in the air with both legs wide apart.

Ashley says: “I taught her.

“She was hilarious. She did it, though.

“I’m not sure if she’s got more flexible since meeting me but she surprised me when she did the move.

Practising routines with Amanda is the nearest Ashley is going to get to performing for a while, as the Dolls’ comeback tour has been postponed due to the coronavirus. 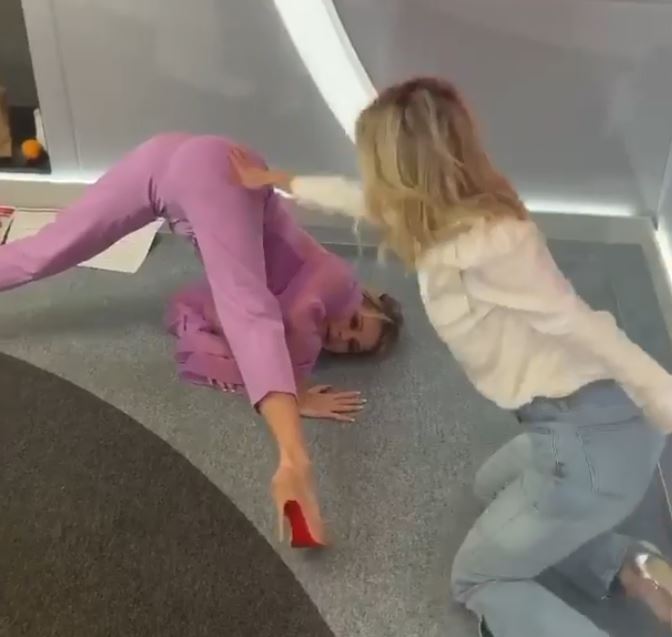 The band — Ashley, Nicole Scherzinger, Kimberly Wyatt, Jessica Sutta and Carmit Bachar — announced their return with a bang last November with a high-octane performance during the final of The X Factor: Celebrity.

Their scintillating routine featured a medley of their biggest hits — and also sparked 419 COMPLAINTS to regulator Ofcom, with some viewers branding their barely-there outfits and X-rated moves like a strip show.

The Geordie hosts tried to cover up the girls with hand-held censorship signs then their own clothes — leaving them in just boxers and vests. 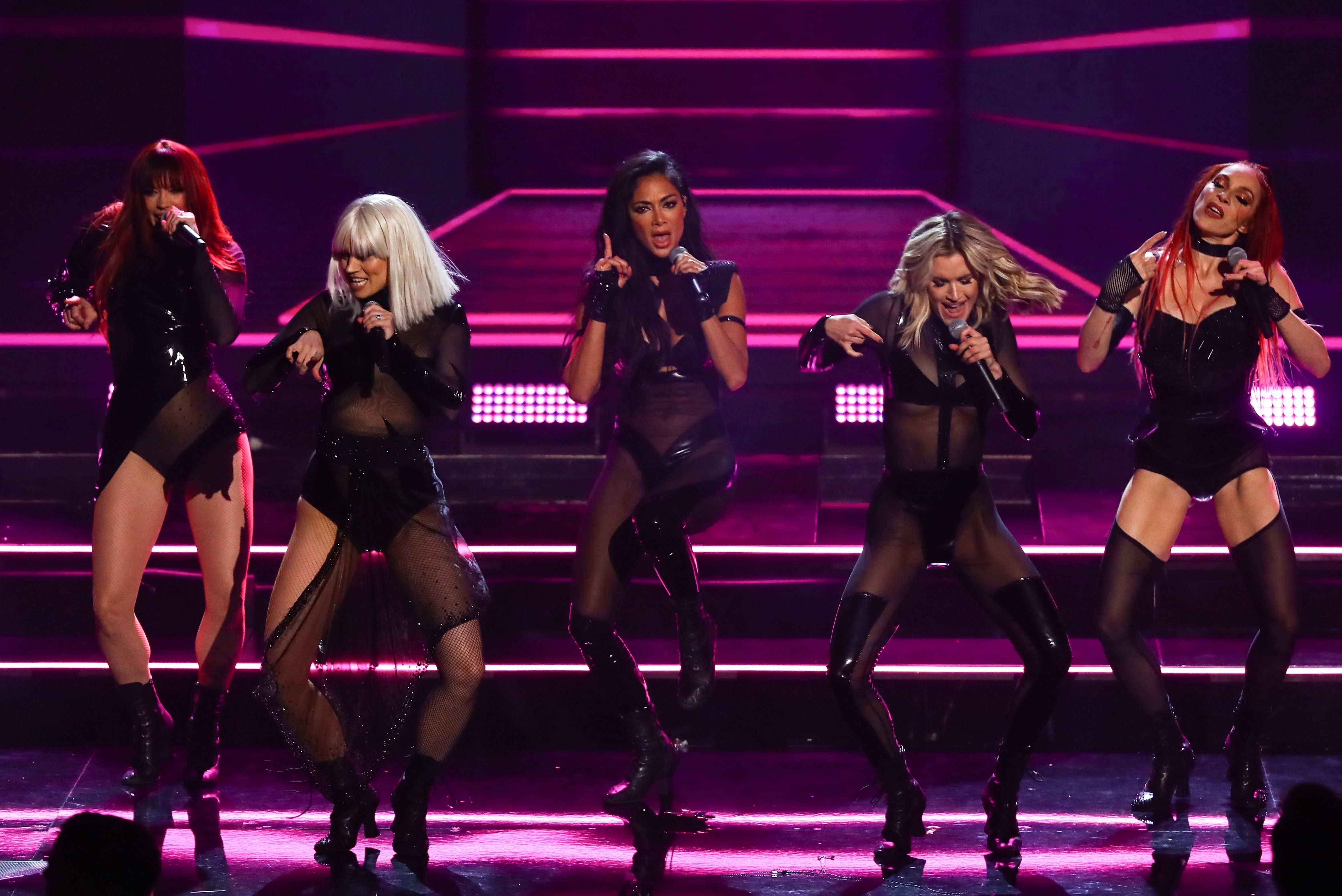 American Ashley reveals the idea was the brainchild of the Geordie duo, who she knows from co-hosting the show for three years. She says: “The boys came up with that to poke fun and take the p*** a bit.

“We’re all about that, we want to be in on the joke with everybody and have fun with it.

“It was great because it was their opening night.

"We came out and had a good time and the boys got down to their skivvies and had a little laugh with us. It was fun.”

That being said, Ashley says the sheer number of complaints over their X Factor show was “unfortunate”, given the Dolls see themselves as being about female empowerment.

Ashley says: “The brand has always been about owning your fierceness, your sassiness and embracing that and the uniqueness of who you are — especially when sexiness is not an age, not a gender.

“The people who are saying negative things, it’s unfortunate, because all we want is to celebrate all those things.”

On claims the band are being X-rated just to make headlines, Ashley says: “We’ve got a lot of athleticism in our shows.

“We have a history of dance experience and this isn’t with the intention of being raunchy.

“It’s to be strong and confident and embrace who we are right now, who we are in this present day and age.” 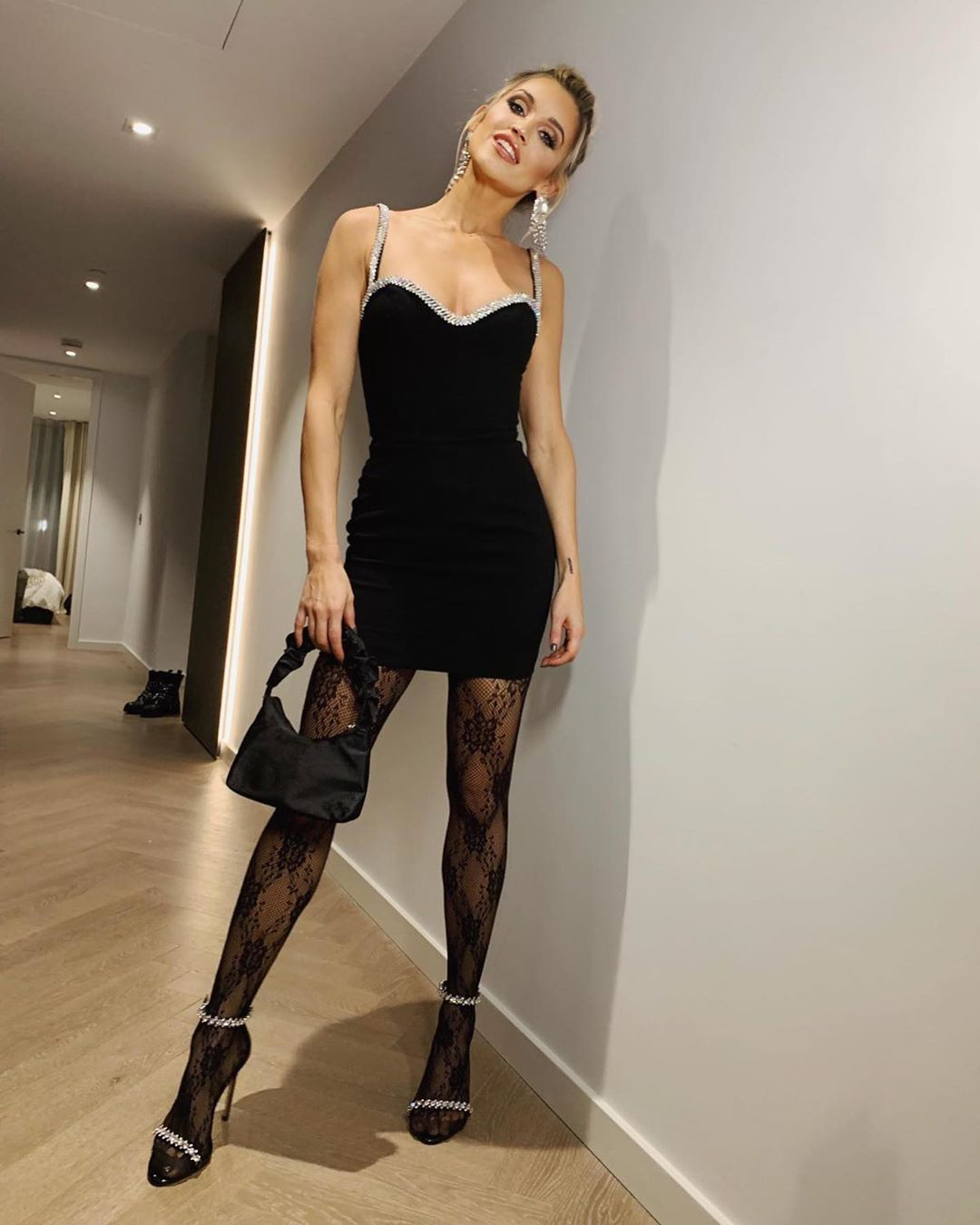 It will not be hard for single Ashley to maintain her Dolls level of fitness while the coronavirus crisis keeps the band off stage. She describes herself as a “health freak”.

Ashley says: “My mum was a personal trainer, into Pilates and step aerobics, so I grew up with that mentality.

“For me, physical training is good for my mental health.

“I do it for body and mind.

“When I get a little sweat on I feel my heart pumping, I feel good, so I’m going to continue that in my home.

“I’ll do yoga and some circuit training.

“I will need to maintain that stamina because when we do reunite I’ve got to have my health in a good place so I can create the kind of performances we like to do.” 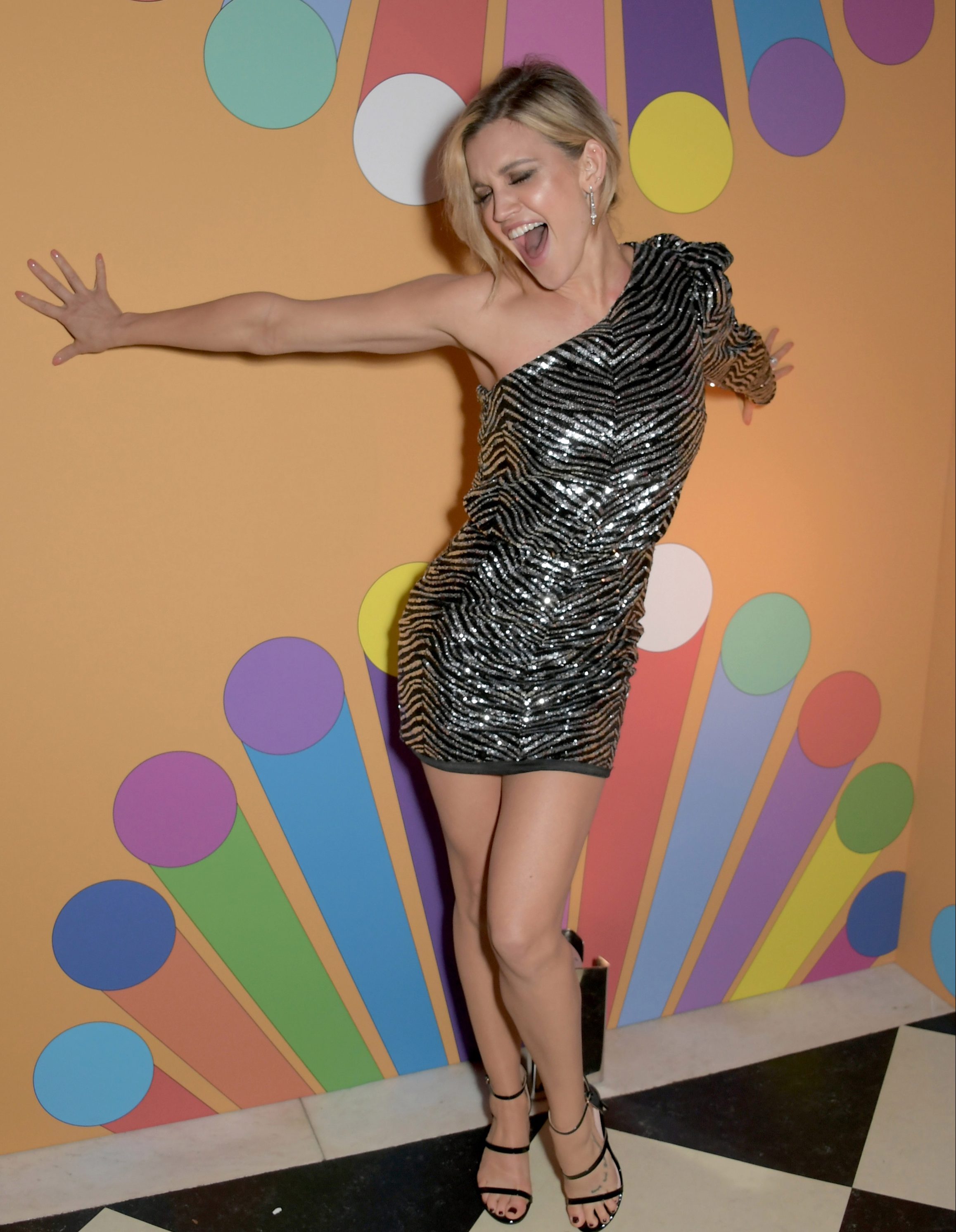 Her London home is spotless too.

She says: “The good thing about single life is that I’ve got time to myself, my place is sanitised, it feels safe.

“I’m doing what I can to keep myself busy and my mind stimulated.”

Ashley, originally from Phoenix, Arizona, has lived in the UK for the past seven years and is now delighted to call it her home.

Since making her name as a Pussycat Doll playing here she has become a regular face on our TV screens — appearing on Strictly Come Dancing in 2018, The Jump in 2015 and judging on Dancing On Ice in 2013. 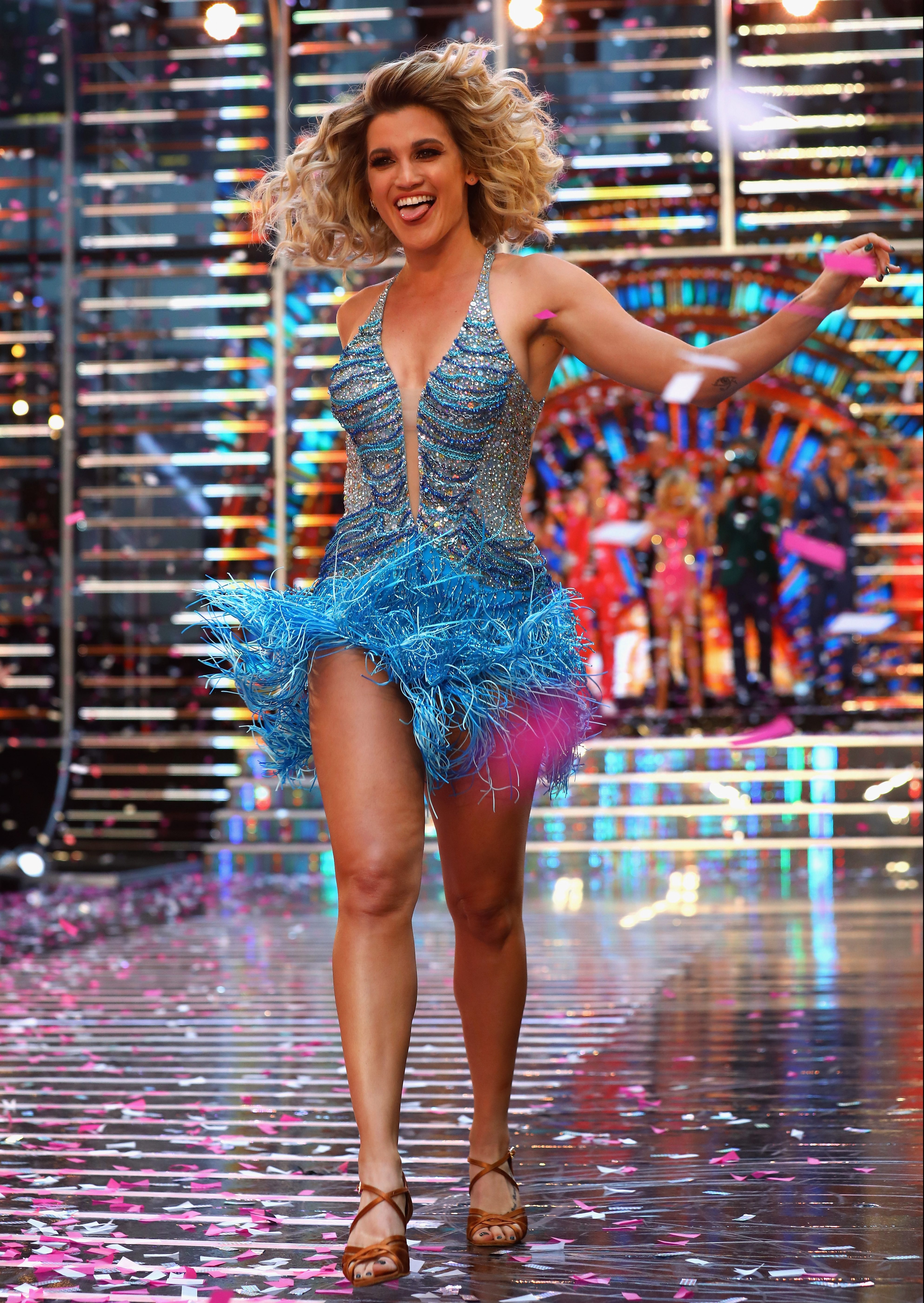 She credits her 2012 appearance on I’m A Celebrity . . . Get Me Out of Here! with giving her the platform to become a TV star in the UK.

The jungle stint paved the way for her role on Ant & Dec’s Saturday Night Takeaway between 2013 and 2016.

As well as her breakfast radio gig, Ashley also hosts the podcast Heart Showbiz Hub, which you can listen to on Global Player or subscribe to with any podcast provider.

When growing up in the States, she admits, she never expected to one day settle in the UK.

Ashley says: “I’m from Phoenix, which is very hot. It’s the desert.

“I grew up with rattlesnakes and coyotes in my back garden — a very different setting to what I am in now.

“I thought I would end up by the beach, not in little London town. But I like it, I’m a full-on Londoner now. 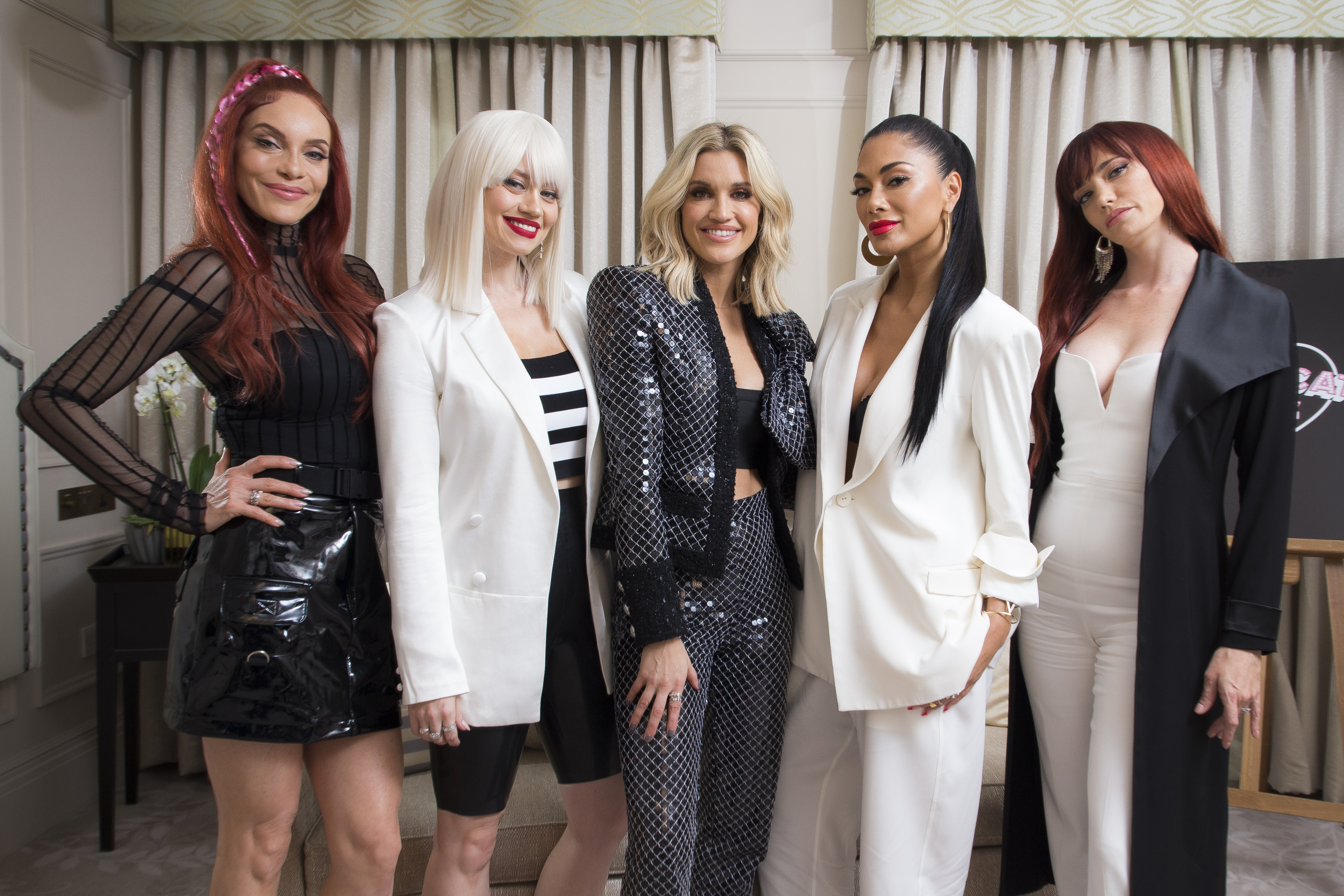 “This is home for me.

“I’ve felt so much love over the past seven years that I’ve lived here.

“When I look back with the Dolls, and when we were touring in the early 2000s, I would never have guessed this is where I would end up as home.

“I’ve got a great set of friends, community, my work.

“I love the culture. I wake up every morning and have my tea.

“I feel really embraced here — my heart is here.”

But despite living in the UK, Ashley insists she will not be losing her US twang — on the orders of mum Peggy.

She says: “My mum is always like, ‘Keep your American accent!’

“But at the moment I have this hybrid lingo — I mix up British and American slang — which makes for an odd combination at times.”

– Hear Ashley Roberts on Heart Breakfast with Jamie Theakston and Amanda Holden, weekdays from 6.30am to 10am. 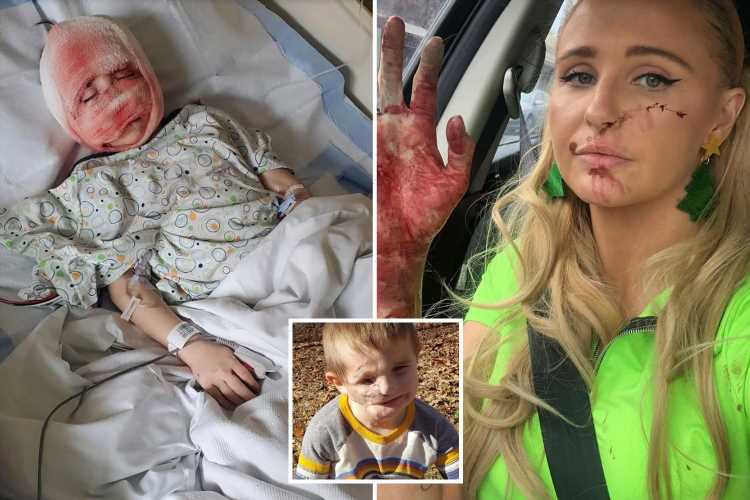