Ashworth says he gets things wrong ‘all the time’

During the interview with Ben Shepard and Kate Garraway, Mr Ashworth admitted that he “gets things wrong all the time”. Good Morning Britain viewers took to social media to share their thoughts on the Labour Party, with one Twitter user stating that watching Mr Ashworth made him “happy” that Labour are not in charge of the UK.

One Twitter user said: “It would be good to know what Mr Ashworth and the Labour Party have actually got right in recent times? After the Corbyn experiment one wonders where the Labour Party is going to go next?

“A Labour MP calling for clarity! This doesn’t get any funnier. Ashworth & his cohort of the Labour Party’s obfuscation machine have been trying to sit on every fence available to the point that nobody knows what they stand for as long as it is the opposite of the government.”

Another tweeted: “Here we go Mr Ashworth no ideas but full of questions. It sums Labour up really.”

A third wrote: “Watching Jonathan Ashworth on @GMB makes me so happy that Labour is not in charge.” 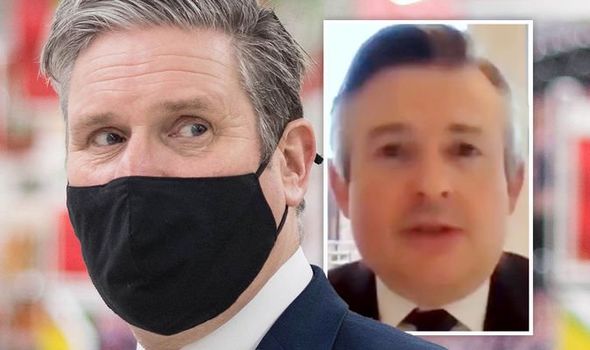