B.J. Novak Wanted ‘Vengeance’ to Be Like ‘Get Out’ for Disconnected Hook-Up Culture

Writer, director, and lead star B.J. Novak has no issue with playing a funhouse mirror version of himself — and if that calls to mind the twisted reflection of the Tethered in Jordan Peele’s “Us,” well, that’s the whole point.

Novak was determined to partner with Blumhouse Productions founder Jason Blum on his directorial debut “Vengeance” after watching Peele’s own first film “Get Out.” And while the two may not seem to have a whole lot in common on the surface, the dark obsession with “dead white girls” and anonymous hook-up culture is used as a vehicle to further mirror the divided nation we currently live in. The film premieres July 29 in theaters from Focus Features.

Novak stars as Ben Manalowitz, a New Yorker magazine journalist looking to launch a podcast with a multi-hyphenate producer, played by Issa Rae. Ben begins investigating the death of past hook-up Abilene (Lio Tipton) after receiving a strange phone call from Abilene’s brother (Boyd Holbrook). Ben travels to West Texas where Abilene’s relatives are convinced Ben was her full-on boyfriend in New York City and Ben begins to wonder if Abilene really overdosed or if she was murdered.

“Succession” star J. Smith-Cameron, Dove Cameron, Isabella Amara, and Eli Bickel make up Abilene’s immediate family, who welcome Ben into their home and agree to be interviewed for his podcast. A scene-stealing Ashton Kutcher stars as a charismatic record producer who worked with budding singer Abilene, while John Mayer plays himself in the opening sequence.

“This is a story I didn’t realize at first was about me,” Novak said during the Tribeca Film Festival Q&A following the film’s premiere. “It was about my own sort of period of hanging out with John Mayer and having some shallow side to my life when I thought I had it all figured out, and needing to sort of learn something and go through something in a period of disconnection. And I think taking that comedy to an extreme that led to a drama was the crux of the film.”

That blend of comedy, drama, and sociopolitical issues is what drew Novak to producer Blum.

“It’s about a lot of ideas and the reason that I wanted to partner with Jason Blum on it because when I saw ‘Get Out,’ I saw how the influence of a real genre powerhouse brilliant perspective can balance that and make it something that is fun,” Novak continued.

“Even though it’s not horror, I wanted to make it fun and funny and sort of suspenseful. So the ideas to me are very present. I started with those, but it is about different types of belief and intuition. When a lot of people intuit onto the same thing, are they onto something? The balance between the intuition and logic and gut and all of us sensing something is wrong, how much of that is being right? It’s a very important question that I don’t have an answer to and neither does my character.”

The refrain of the film, as voiced by Kutcher onscreen, laments that in modern society, “everything means everything so nothing means anything,” or rather, as a culture, we are numbed by social media obsession and blind belief in conspiracy theories.

“When you’re pursuing all of these stories just so we can all talk and debate forever and forever, that is an action and a decision, and that is not necessarily a good thing either,” Novak added.

“The Office” alum likened helming his first feature to the collaborative process of crafting a television series.

“To me, directing is just a natural extension [of writing] and then all the people I brought on, whether it’s an actor or a director of photography, they all kind of wrote the next chapter with me, sort of like a writers’ room,” Novak shared.

Star Kutcher added that each character was “so pronounced in the script” due to Novak’s clear and singular vision.

“B.J. was directing the film before he started directing the film because the script is a direction,” Kutcher said during the panel. “When I read the screenplay, it felt like a jumping off point for the conversation for the people to have that could possibly bring people with divergent ideologies closer together.”

Kutcher continued, “I think that there’s a fracturing in America of divergent ideologies. It tends to be urban centers and the coast and then the middle, and oftentimes these divergents in ideologies causes just nonstop judgment of the other side, of everything the other side things and believes. I think Ben’s character, as he goes through the film, learns that his initial judgment didn’t have care. And if we don’t have mercy before we have judgment, we have separation and division. But if we can add some compassion and care before we place judgment, we can bring people together.”

Actress Cameron likened “Vengeance” to sugarcoating medicine, saying, “B.J. has this amazing flair for hiding all of these really massive human concepts and stories like hiding medicine in a dog’s food. In all this comedy, you’re forgetting you’re getting this massive ass-kicking life lesson. But I definitely think that, especially going back to the beginning of the arc of the film, how singularly we are living, we are getting all these substitutes for serotonin and oxytocin with like dopamine hits, with a sugary replacement for what we’re actually looking for which is the true human connection.” 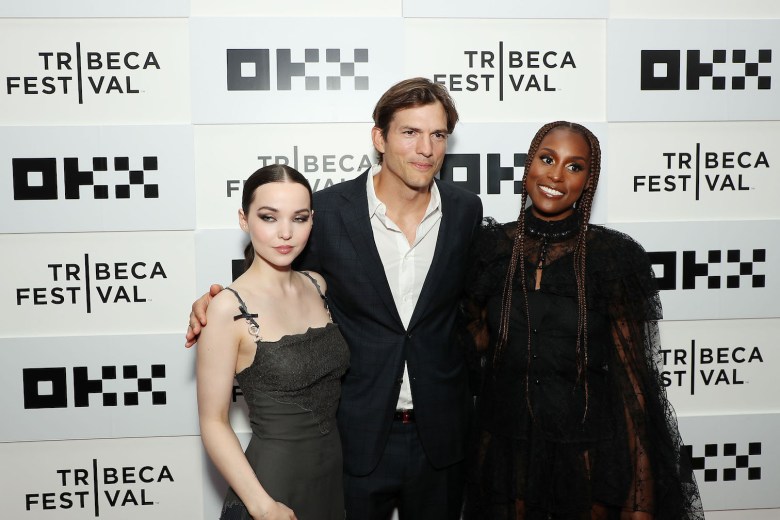 Co-star Rae, whom Novak called “the most talented person working today,” honed in on the “dead white girl element” of the trend of true crime content.

“It helped uncover just why that obsession is and how unhealthy it is and the exploitation of these stories and that amazing final speech at the end that gets me every time, just about how because of all of this, nothing matters,” the “Insecure” Emmy winner said. “I think that we’re aware of our division, we’re aware of how divided we are. We’re aware of the fact that we are not compassionate. After this seeing this and we’re aware of the system, what are we going to do about it? What is the action, what is pulling the trigger? What gets us to the next step? I think films like this prompts those discussions. I think with that awareness and that inaction, we’re stuck. And so, what’s next?”