EXCLUSIVE: David Eick, one of the exec producers of the 2003 version of Battlestar Galactica and a number of its spinoffs, has closed a couple of developments with the NBCU family.

The writer/producer is developing a remake of 1973 feature film Walking Tall, which was later remade with Dwayne ‘The Rock’ Johnson, at USA Network and a Romancing the Stone-esque sci-fi series at Peacock.

WWE star Charlotte Flair (left), who featured in Psych: The Movie, is attached to star in the reboot, which has received a script sale from the cable network and is being set up as a two-hour TV movie with the hope of future instalments or as an ongoing series.

Flair, the daughter of WWE legend Ric Flair, will play a Tucson cop who finds herself caught in a web of fraud, exploitation and murder, and is forced to go full vigilante to protect her home town from falling victim to modern corruption. 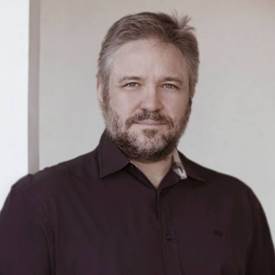 It is similar to the role that Joe Don Baker played in the original, a professional wrestler turned lawman, with Johnson taking on a similar role in the 2004 film that was directed by Kevin Bray and also starred Johnny Knoxville.

The original, which was directed by Phil Karlson and based on the life of Sheriff Buford Pusser, had two of its own sequels, a TV movie, and a brief series on NBC, while the 2004 movie had two straight-to-DVD sequels starring Kevin Sorbo.

Eick’s version is produced by Village Roadshow in association with Three Rivers, WWE Studios and Mosaic.

At Peacock, he is developing The Zone of Silence, a sci-fi adventure with a south of the border twist. It follows a husband/wife UFO-hunting team, suffering from a strained marriage, who investigate the real-life ‘Bermuda Triangle of Mexico’, known for its bizarre phenomena and rumors of a hidden alien culture preparing for attack. If the heroes can save the world, they hope they can save their marriage.

Mario Lopez will produce via his production company ViaMar along with his producing partner Jeff Stearns as well as Eric Winter. Universal TV is the studio.

The two projects mark a homecoming for Eick, who started his career as a Universal TV assistant before launching Renaissance TV with Sam Raimi, which resulted in syndicated hits Hercules and Xena.

He later joined the exec ranks as head of development for USA/SyFy before returning to producing as exec producer of the reboot of Battlestar Galactica with partner Ronald D. Moore.  He was also exec producer of Tim Kring’s Fox drama Touch, TNT’s Falling Skies and Freeform’s Beyond.

Eick is repped by 3 Arts, which also reps ViaMar, and Ziffren Brittenham.