Robert Jenrick has celebrated reports that the UK economy grew by a record 15.5 percent in the last three months. The Communities Secretary told BBC Breakfast that the figures were “good news” and that the Government was working on providing ” hope and opportunity” to the unemployed. However the interview sparked the anger of viewers who pointed to the coronavirus death toll passing 50,000 as evidence that the Government have “have failed on every level”.

Mr Jenrick had said: “The numbers published today are good news, but I don’t want to overstate them.

“What they showed is that the economy did bounce back over summer and there was good economic activity.

“But then over the autumn it began to slow as rates of the virus began to increase. The new national measures we’ve had to put in place will no doubt have an effect on that as well.

“So it is going to be a challenging year for the economy. What we can do in Government is to try to provide hope and opportunity to those people who have had to leave their jobs or are considering doing so.” 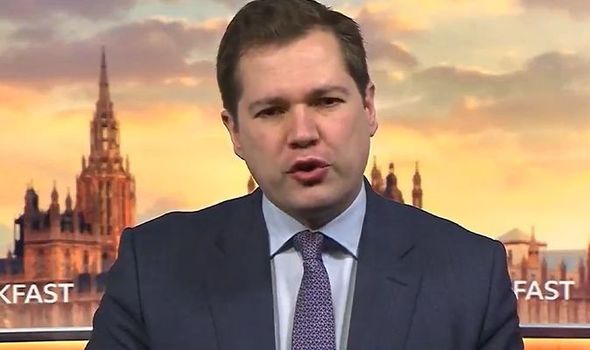 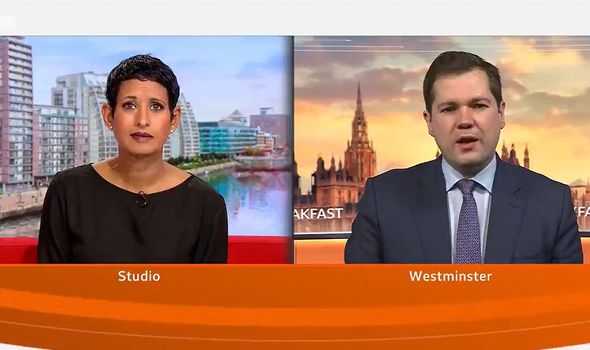 Twitter user Cassie wrote: “Seeing sunny uplands is one thing, but is Mr Jenrick seeing another universe altogether? It is hideously tough for people across the country. Hello, calling The Government, come in please.”

Mary Tominey added: “I’m glad Robert thinks 50,000 deaths are good news. The news regarding a vaccine is promising, and will only be good news when it becomes available to the population.”

Bob Bignell said: “Nice try, Naga, but he only comes with the answer to the question he hopes you will ask. Ask him something else and he goes back to that answer. Waste of time and space.”

One user tweeted: “Jenrick…this week has been a week of good news…as the UK is the first European country to hit 50,000 Covid-19 deaths. Does Robert Jenrick live in the real world, or a Westminster bubble?” 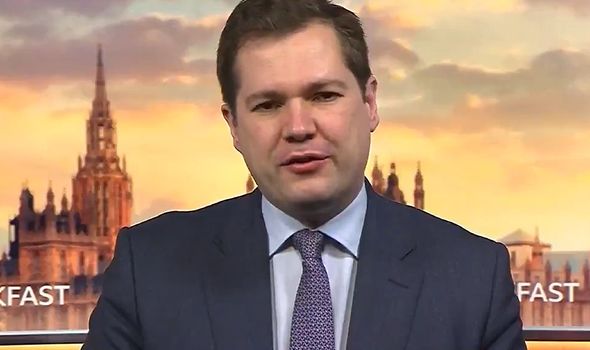 Another replied: “What about people losing their jobs???”

Patrick Salmon simply said: “He really doesn’t see it, does he?”

Alf Bibby wrote: “The Tories have failed on every level, they have proved they are not fit to govern, when the death toll reaches 50,365 deaths all the Tories can think about is their own status in the pecking order.” 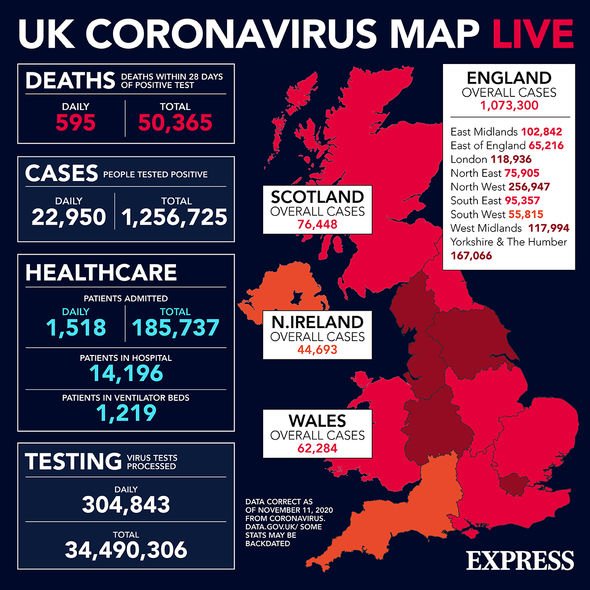 Sophia added: “I just watched this interview with Naga and Robert Jenrick. Every time Mr Jenrick appears on BBC Breakfast he takes ages and ages to answer a question. It’s almost as though he’s trying to run down the clock. It really is extremely off-putting. No wonder Naga had to interrupt him.”

Sandra said: “I’m at a loss. For him to say it’s a good news week in the same discussion as 50k deaths is baffling.”

One user tweeted: “With a straight face, Robert Jenrick states ‘this week has been a week of good news’…as the UK is the first European country to hit 50,000 Covid-19 deaths.”

Another wrote: “Jenrick forgot to say how ‘his thoughts and prayers are with each person that’s lost their lives’ as we reach a grim milestone.”

Imran Sheikh shot back: “Robert Jenrick, a shallow shadowy man. A man who thinks it’s been a good week despite 50,000 deaths.”