Beauty and the Beast screenwriter will pen Bright 2 for Netflix

In news that will hopefully please both Bright‘s critics and fans, the action-meets-fantasy movie has signed up a screenwriter whose credits include Disney.

And you can never go wrong with Disney, right?

Evan Spiliotopoulos is on board to write Netflix’s ordered sequel, according to Collider, having previously worked on Beauty and the Beast and The Huntsman: Winter’s War.

Spiliotopoulous will be working alongside Bright‘s original writer and director David Ayer, who’s hopefully listening to those “good and bad responses” the first film received.

Something one of the movie’s stars, Joel Edgerton, is keen to acknowledge – and then totally dismiss anyway.

Comparing the project to Star Wars: The Last Jedi, Joel said: “You’ve got critics at 93 or 92%, and the audience gave it a 50-something, and you get to Bright, which is sort of slammed by critics, but it has a 90% audience score.

“I think there was a little bit of extra critical hate towards it because it’s changing the landscape of the movie business, but I think Bright is maybe a movie that needs to be reviewed by public opinion rather than viewed through the highbrow prism of film criticism.” 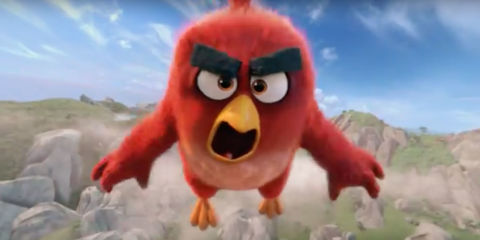 Ayer has also previously responded to Bright‘s negative critical response, admitting he’s “never chased the audience, and I know my work can be polarising”.

We reckon signing up a live-action Disney alum to work with might just fix that.