Behold: The Best (and Worst) Super Bowl Commercials of 2021 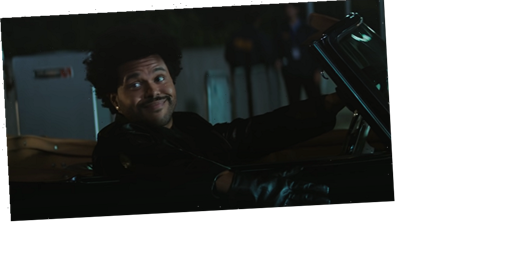 The Super Bowl is a Big Deal™ in the sports world. Happens once every year, tons of peeps bet on who will take home that very important (and massive) trophy, and one team will leave the stadium with an overwhelming sense of victory. But as great as that is, that’s not the reason why I tune in year after year to watch the game—it’s the commercials. I only tune in for the commercials. (Okay, and the Pepsi Halftime Show, too.)

This year’s offerings are quite the mixed bag, but don’t worry—I’ve taken the liberty of weeding out the absolute best (and worst!) Super Bowl LV ads for you. Be honest: You didn’t want to end up in a post-game YouTube search spiral to find all the commercials anyway, so uh…let’s just say that not all heroes wear capes.

You’d be hard pressed to find a single person who did not enjoy The Weeknd’s hit single, “Blinding Lights” this past year, and Pepsi’s Halftime Show promo completely knows that. 2020 was probs the shittiest year in recent memory, but “Blinding Lights”—if the ridic number of Spotify streams are any indicator—is the one song that brought us all together (from the inside of our homes, of course).

Did you know that Budweiser has aired a Super Bowl commercial each year for the past 37 years??? Welp, 2021 will not be a year added to that list, but for a very good reason—instead of spending money on a traditionally funny commercial, Budweiser will be spending their advertising dollars on COVID-19 awareness. And this, my friend, is why Budweiser is the “King of Beers.”

While Coors Light isn’t allowed to have a Super Bowl ad this year “due to the league’s exclusive contract with a certain competitor” (their words, not mine), they decided to get peeps on board with their beer…via dreams. In a move that’s very Inception-meets-Eternal Sunshine of the Spotless Mind, Coors teamed up with a dream psychologist to see if they could scientifically place a Coors Light Super Bowl ad in the minds of their test subjects. Is it ethical? Not by a long shot, but you gotta admire the dedication to the research.

Despite the fact that a lemonade seltzer made by a beer company is…somewhat questionable, you simply cannot deny that Bud Light’s idea for lemons to rain from the sky in their ad captures the chaotic spirit of 2020 quite nicely.

For some reason unbeknownst to me, Samuel Adams decided to take a perfectly good Bridgerton-esque opening scene—horse-drawn carriage and all!—and allowed it to descend into total chaos for no reason. Simply put: It’s not good, but it’s the best beer commercial we’ve got this year.

Sorrynotsorry, but as pretty n’ pink as this commercial is, the googly-eyed watermelon dog is a major turnoff. (And besides, Typhoon is the best flavor of Mountain Dew, so ¯\_(ツ)_/¯)

Feeling pretty bad for the astronauts in this commercial that got stranded at sea….and all because the people at their mission base learned how to stack different flavors of Pringles (which isn’t exactly revolutionary information, TBH)!

I love Jason Alexander (aka the ICONIC George Costanza from Seinfeld) as much as the next person, but Tide’s move to put his blown up face on a flesh colored sweatshirt—and then equip said sweatshirt with the ability make actual moving facial expressions as it gets dirty—is just down right creepy. A+ to the mom in the commercial for telling her son to put it in the laundry, though.

IDK, something about a car dealership owner basically threatening physical pain—and through use of electrical jumper cables, no less!—to get a customer to buy a car seems a *little* frightening, commercial or not. In fact, half of the commercial is so scary, you’ll likely be wondering “Um, what was this ad for again?“ by the time the 30 seconds are up. No. Thanks.

You love all the nitty-gritty deets on your fave television shows. So do we. Let’s over-analyze them together.