Belgravia costumes: What did actors think of the costumes? Actors on wearing corsets

Belgravia is a new period drama series on ITV and it starts with a prestigious ball on the evening before the Battle of Waterloo.The cast members all wore the appropriate dresses and battle gear for the time period, but there was one wardrobe issue in particular they struggled with. Cast spoke exclusively to the media, including Express.co.uk, about the troubles they faced wearing corsets.

In the first episode of Belgravia we see the Duchess of Richmond (played by Diana Kent) throw a lavish ball the night before the Battle of Waterloo.

She invites the humble Trenchard family, including Anne (Tamsin Greig), James (Philip Glenister) and their daughter Sophia (Emily Reid) who has fallen in love with one of the aristocrats.

The series is based on true events and the setting and costumes were all made to represent the era of the famous battle.

Viewers saw the women turn up in extravagant ballgowns with huge skirts, and their waists were pulled in with the help of a corset. 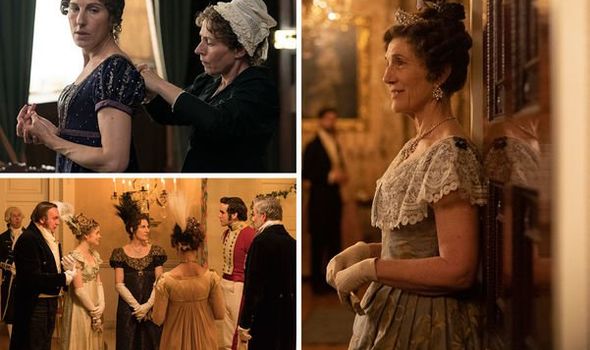 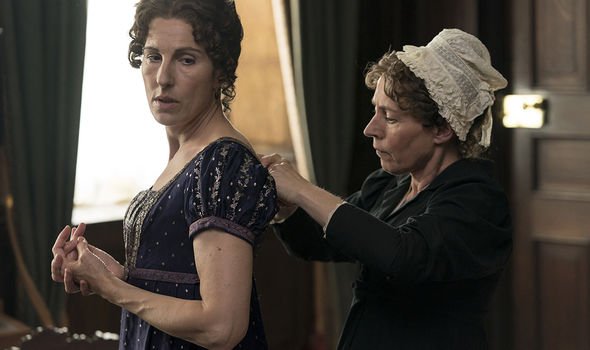 Tamsin Greig spoke of how the cast members had to wear the corsets for long periods of time, and they are known for being very restrictive.

They certainly made her look the part but she revealed she had to receive treatment from an osteopath.

She said: “I was under the care of an osteopath quite quickly and I should have prepared myself before filming by wearing a corset.

“To be in it for 12 hours a day is really tough, we had half an hour for lunch and I began to insist I had to get taken out of the corset.” 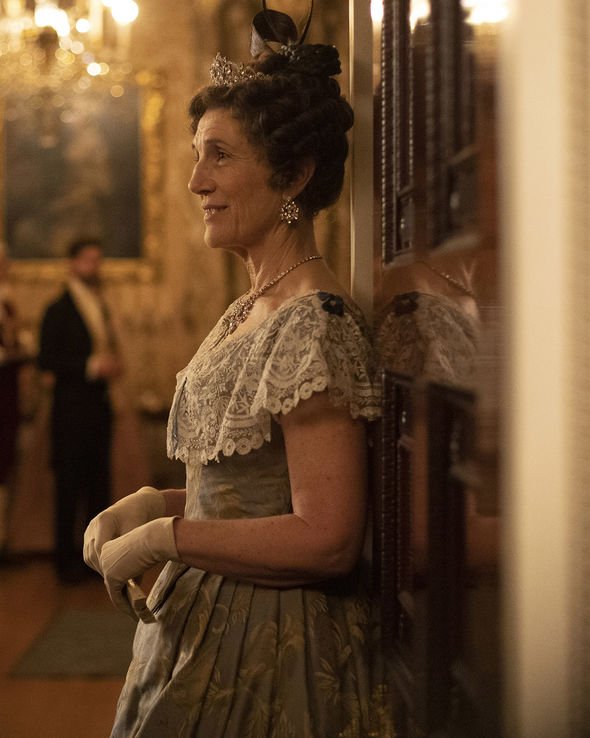 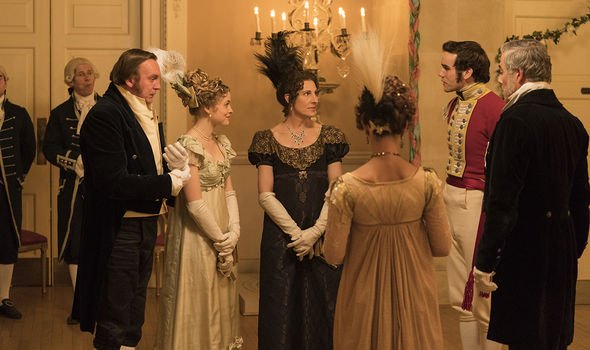 A corset is a garment which was worn to hold and train a woman’s torso into a certain shape, mostly for aesthetic purposes.

The corset makes the waist look smaller or their hips wider to create a more ‘desired’ figure, but they are very uncomfortable to wear.

Greig said: “You were a different type of corset depending on the decade, as it goes through the century the industrial revolution is finding its momentum.

“The corsets are getting tighter and tighter, they are looking for a silhouette that doesn’t match most women. And the women were agreeing to be more and more contained.”

DON’T MISS:
The Good Karma Hospital: Will Gabriel and Ruby stay together? [FAN THEORY]
The Trouble with Maggie Cole: Where is Thurlbury? Is it a real place? [INSIGHT]
Maggie Cole: Who is actor Mark Heap? What has he starred in before? [INSIGHT]

Her co-star Alice Eve, who plays Susan Trenchard, made light of the situation but also understood the troubles of wearing a corset.

She said: “There were some positives with the corsets, you couldn’t slough and food couldn’t fit in there. It showed you couldn’t breathe if you are a woman.

“Susan is a woman ahead of her time, where you have to fight for your place to be a woman. Very early on Julian came on set and explained to me a woman in the 1840s who was ambitious would only be able to use that by navigating society.”

The show’s creator Julian Fellowes said in real life it would have been a very difficult time for women in the world of fashion.

He said: “The big skirt drew attention to the tiny waist. By the 1840s you had mounds of petticoats, it was like walking through mud. This was quite a difficult period.” 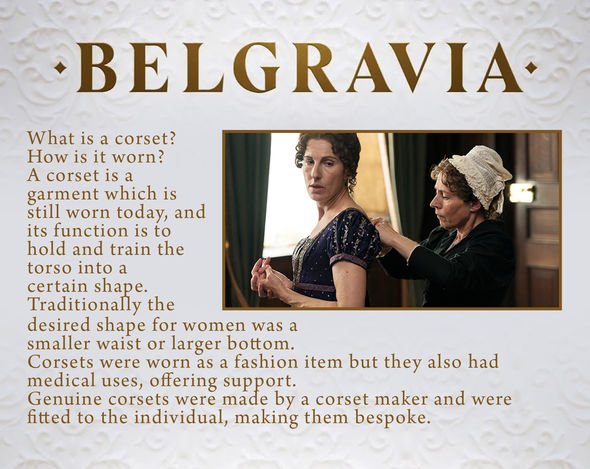 The series is a story set in the 19th century which is centred around a secret which binds two families together.

The episodes are set in Belgravia, one of the high-flying areas of London, and the Trenchards are dragged into a completely new culture.

Both the Trenchards and the Brockenhursts, who also know about the secret, are doing everything they can to protect their reputations.

In the next episode Anne Trenchard tells Lady Brockenhurst the secret which puts the two women in opposition.