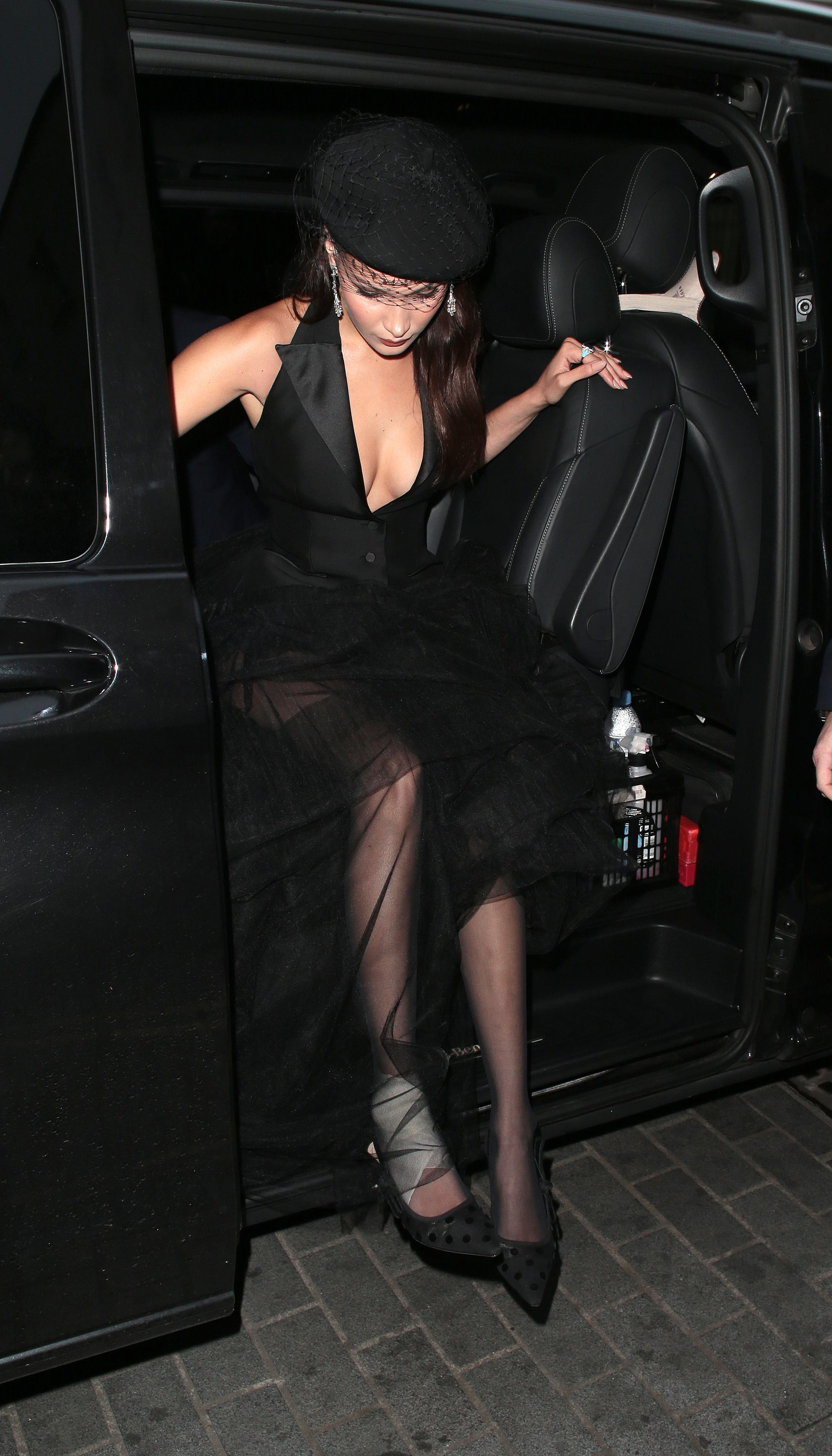 The garment had a plunging neckline allowing the American beauty to show off her cleavage, while the back was held together with only two tie fastenings.

Bella completed the look with a black beret with netting detail and some sunglasses.

While she looked a million dollars, when she stepped out of her car, a white bandage round her foot peeped out from under the fabric.

But ever the pro, Bella knew how to work her angles to her advantage and use her clothing to disguise the mystery injury. 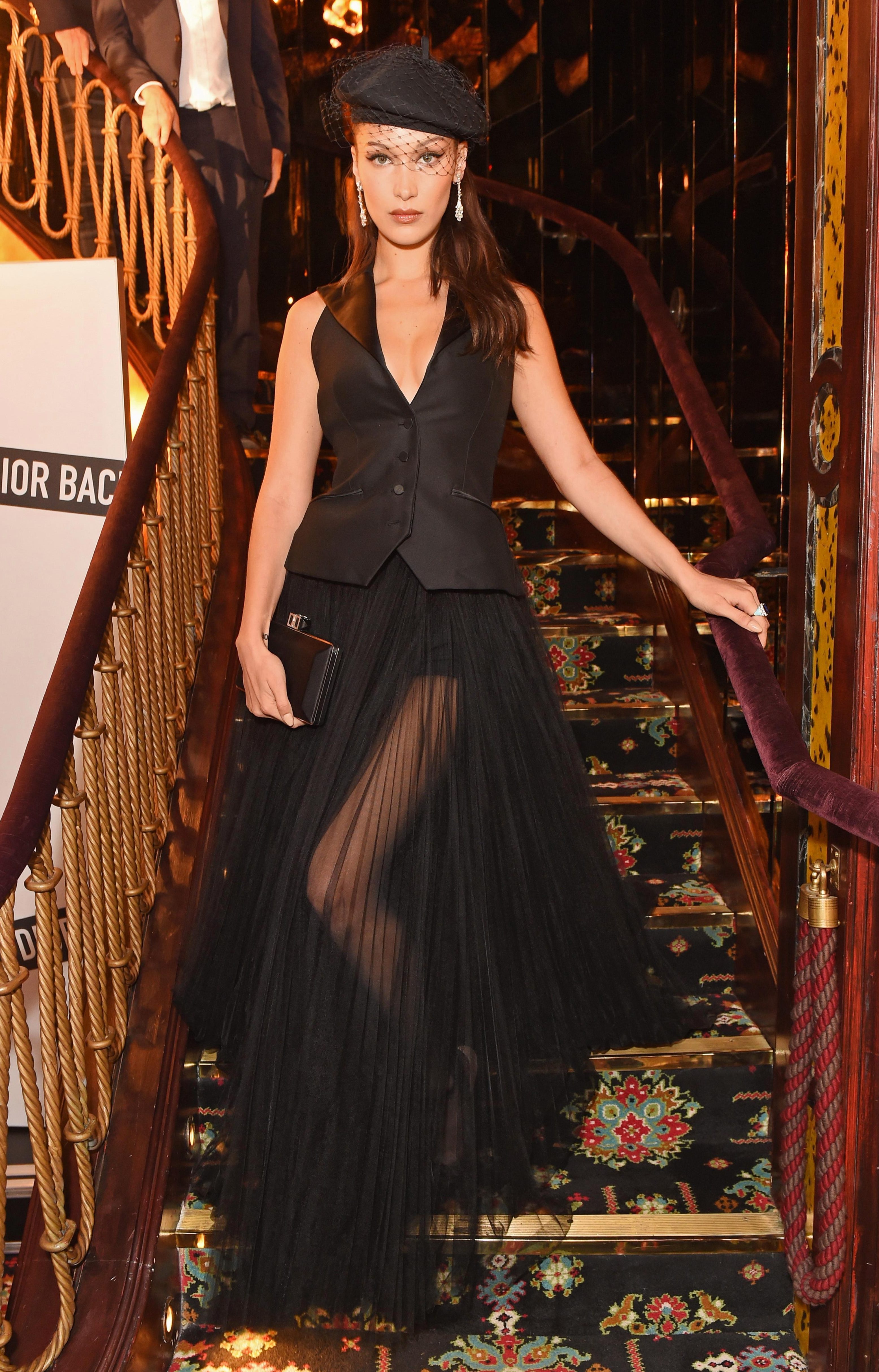 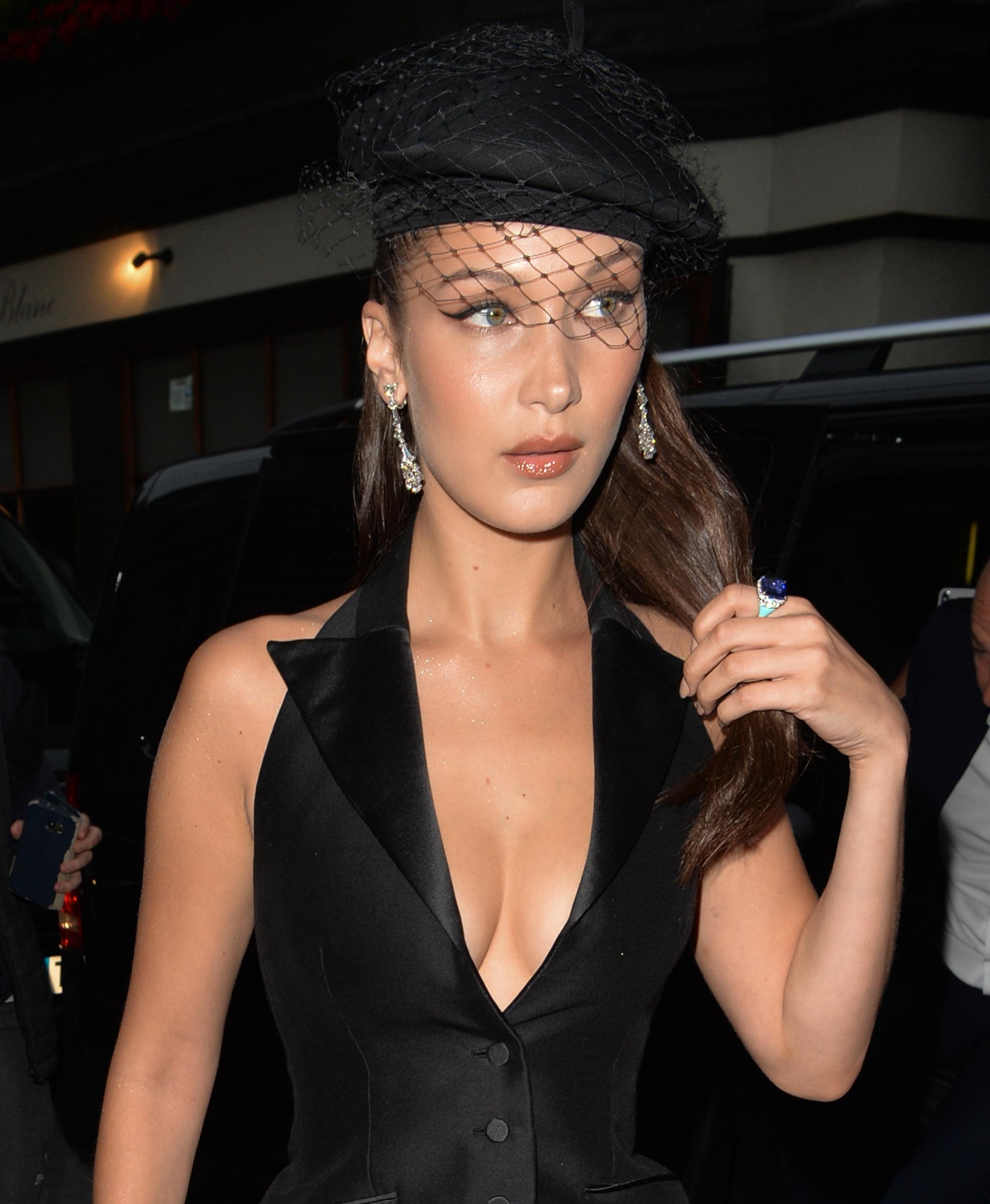 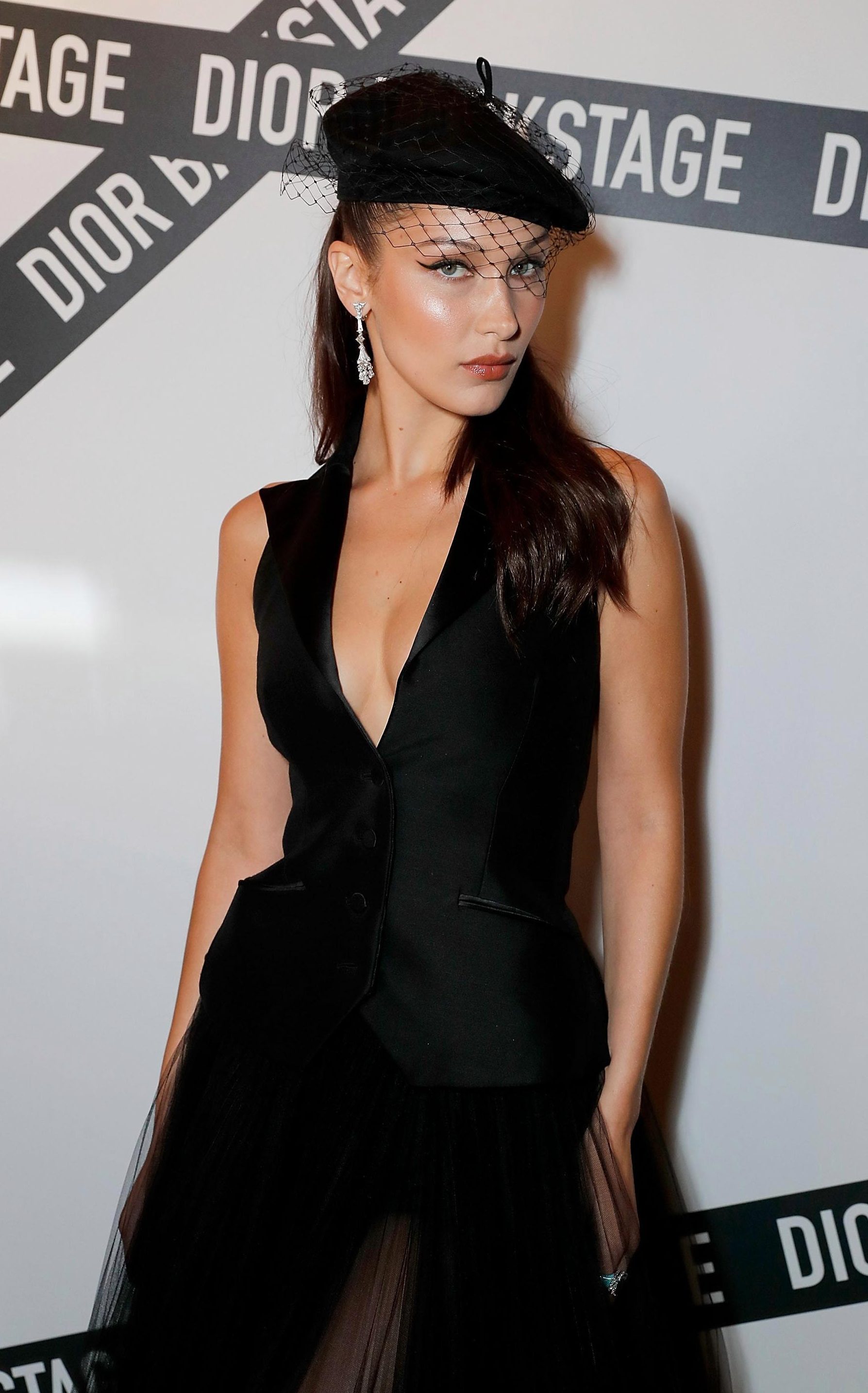 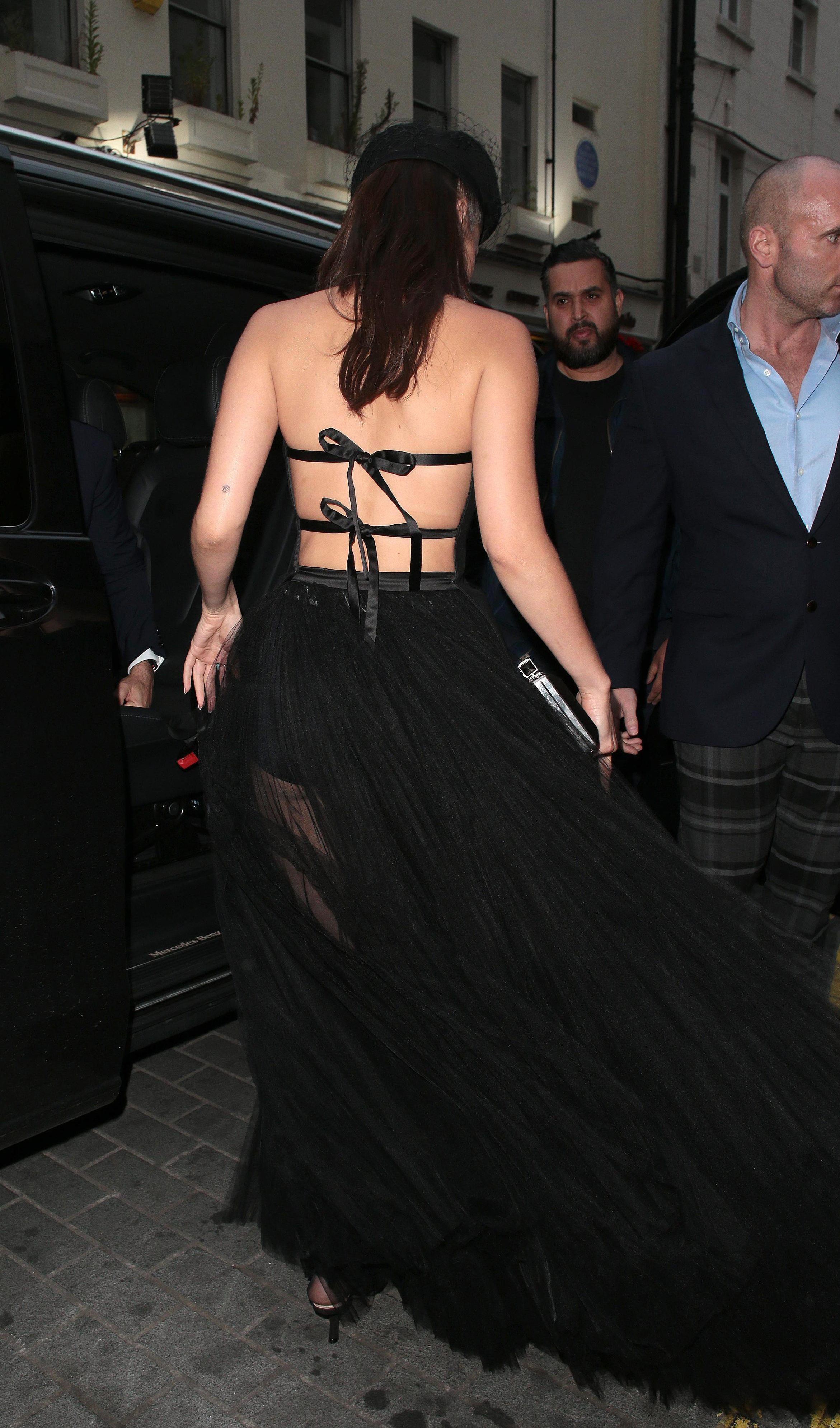 Later in the evening, Bella switched up her look, swapping her skirt for a pair of ripped jeans, revealing her bandaged foot once more as she climbed out of her car.

Earlier this month, Bella was spotted kissing ex-boyfriend The Weeknd in front of onlookers at a glamorous party in Cannes.

The former couple seemed to be confirming they are back together, as they were seen getting cosy at the Magnum VIP Party.

Getting some alone time while at the exclusive do, the pair were snapped locking lips during their night out. 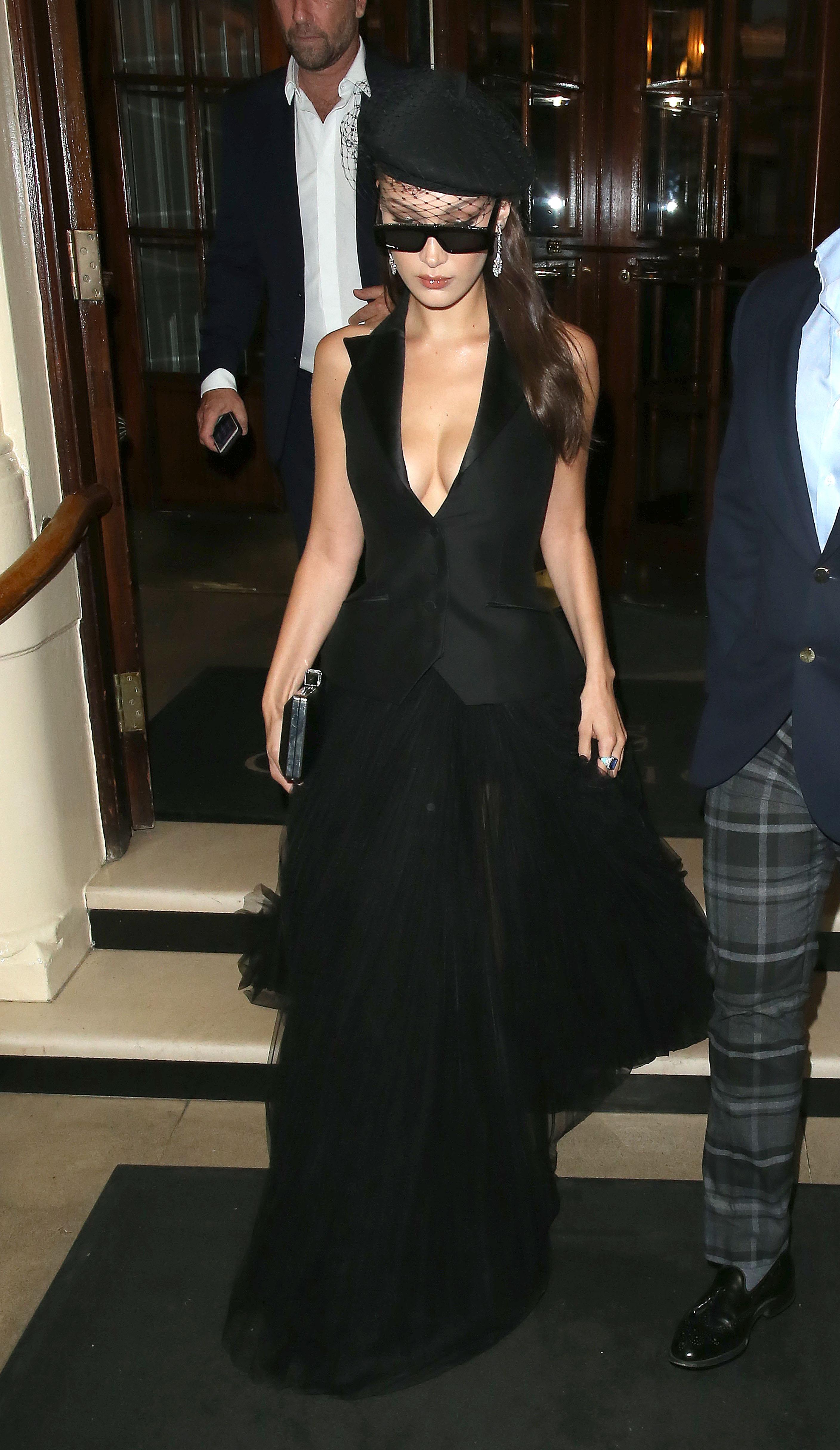 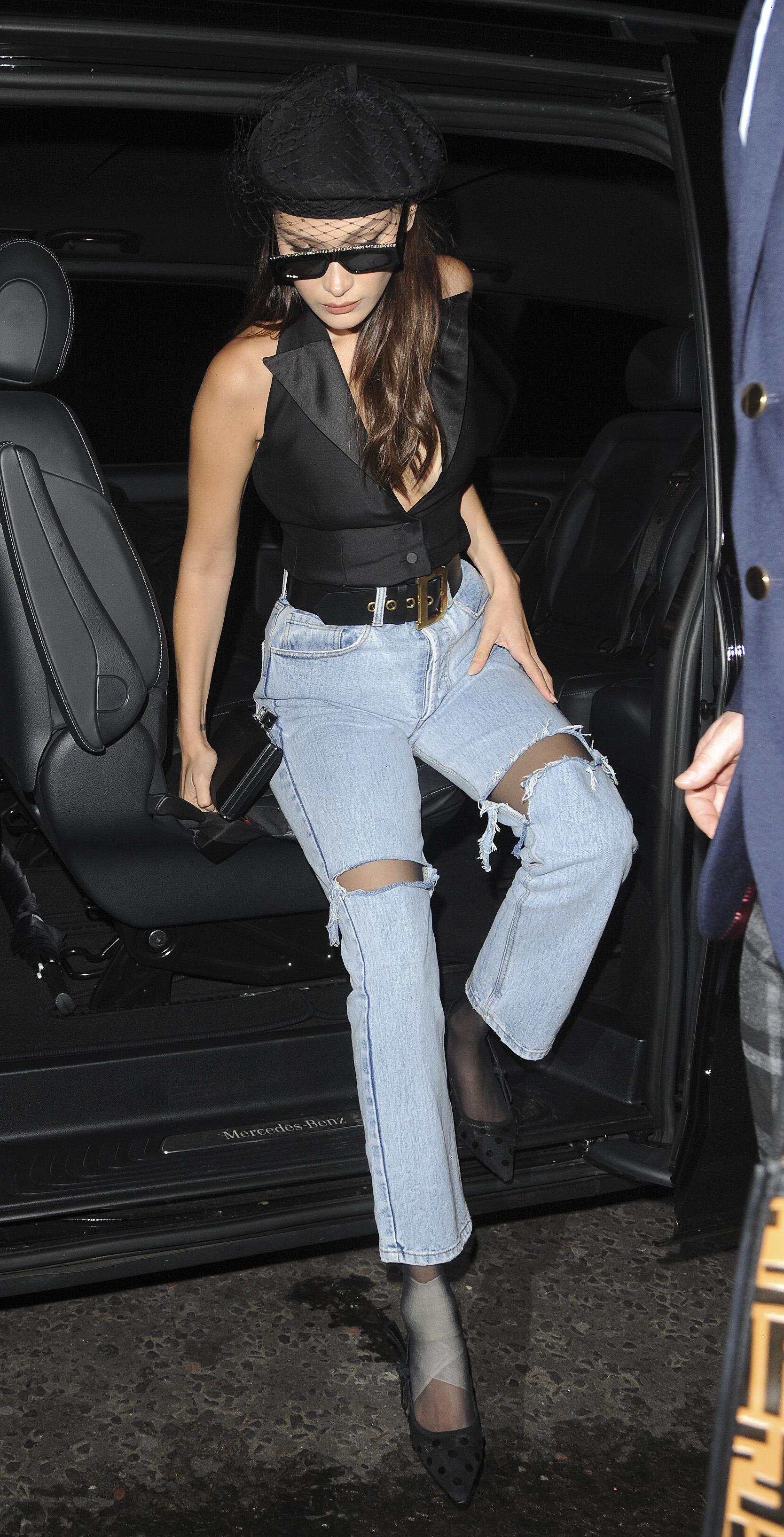 Having arrived at the party separately, they then spent the whole night together in the VIP area and in deep conversation, according to the Los Angeles Times.

The paper reports that Gigi Hadid's sister parted with the star only briefly to dance with friends.

At one point she was seen back with the performer, and sweetly holding a hand up to his cheek.

It was her second encounter with The Weeknd in a matter of weeks after the pair were spotted hanging out in Coachella just months after his split with singer Selena Gomez.