Below Deck fans have grown accustomed to seeing the deck team manning the bridge during the overnight hours for “anchor watch.” 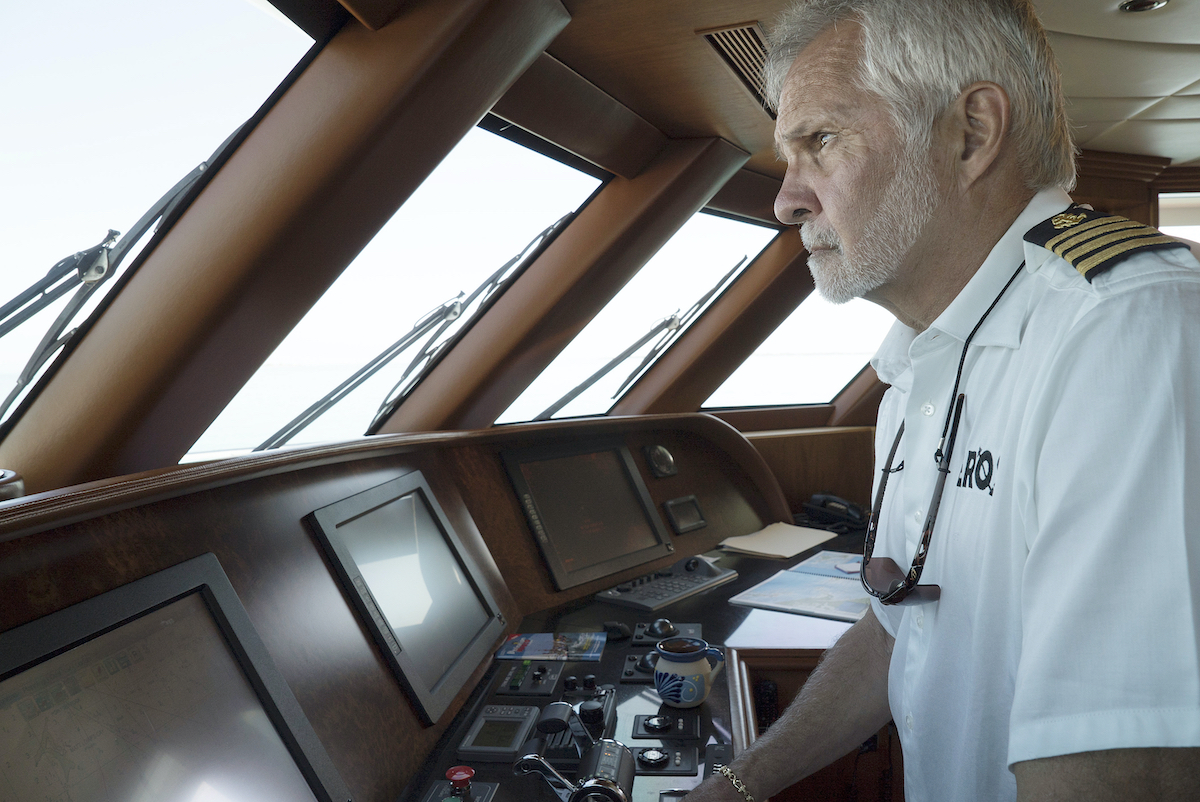 Anchor watch is commonplace on Below Deck Mediterranean, but a viewer noticed the deck team on Below Deck Season 8 are not filmed tackling the overnight duty. A fan asked Captain Lee Rosbach if producers left the anchor watch footage on the cutting room floor. But Rosbach said he doesn’t make his team do anchor watch.

“Nope, no need for it in some cases and others call for it,” Rosbach replied to the tweet. “I only do anchor watches when called for. I do not compromise safety, but when I deem it necessary I do have them. It’s a situational call. Up to the Capt.”

So why does a captain insist on anchor watch and when it is unnecessary?

Boating Safety advises captains to maintain a “lookout” to stay safe at sea. “Rule 5 (known as the Look Out Rule), states: ‘Every vessel shall at all times maintain a proper lookout by sight and hearing as well by all available means appropriate in the prevailing circumstances and conditions so as to make a full appraisal of the situation and of the risk of collision.’”

While the US Coast Guard understands the bridge cannot be manned at all times, entire crews who sleep through the night can be fined. Radar guard-zone alarms and GPS anchor-watch alarms can be useful tools, but should not be relied upon for safety.

Why is anchor watch necessary?

Even while docked, some captains insist on having a crew member awake at night. João Franco suggested having a crew member to stay awake to watch the docked yacht during season 3. Franco was a deckhand and asked bosun Conrad Empson why no one was watching the boat while docked to protect it from intruders. Captain Sandy Yawn from Below Deck Med revealed that she was once chased by pirates while on charter.

Also, Yawn insists on anchor watches because weather in the Med can become violently unpredictable. She described a phenomenon called “medicanes” where weather goes from calm to hurricane conditions in an instant. While at the helm in the Med, Yawn experienced a 70 to 100-knot wind that came out of nowhere. “It’s like the mountains burped,” she told Showbiz Cheat Sheet. “It’s so weird. It was 100 knots of wind for 15 minutes. But then it calmed right now. But the Med is really unpredictable.”

Any wind shift or weather can move an anchored yacht, possibly into other anchored boats, onto the shore or the terrain. The crew member on anchor watch needs to track the instruments, weather, and surrounding conditions. If an emergency occurs or if the anchor is dragging, the crew member will need to alert the captain.