Below Deck Med & Below Deck chefs ranked worst to best

On the current season of Below Deck Med alone, fans watched a beloved chef get replaced by one who continues to have childlike tantrums. 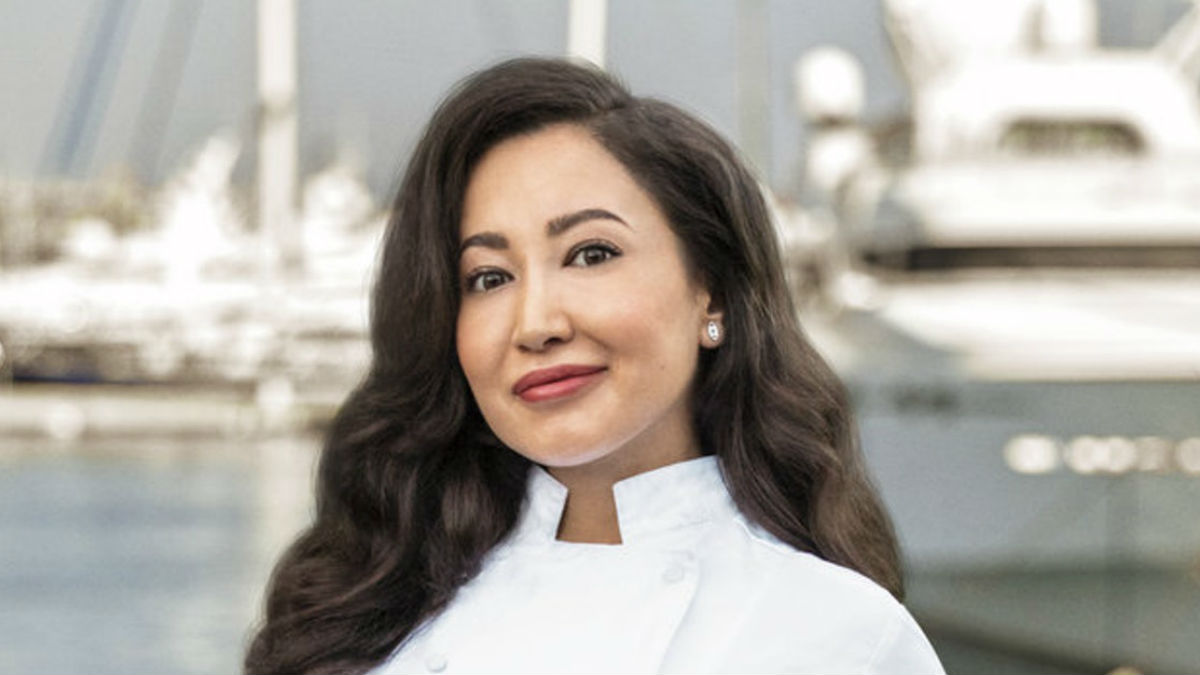 The Below Deck Med Season 4 chef was the first female chef in the series. However, Mila’s cooking was not superyacht worthy. The chef served charter guests Old El Paso tacos, slimy fish from the can, and nachos that chief stew Hannah Ferrier refused to serve to the guests.

Mila’s homophobic attitude and over-ordering of provisions didn’t help her bond with the crew either. Captain Sandy Yawn demoted Mila in the middle of the second charter and promoted third stew Anastasia Surmav.

Despite Mila’s claims to the captain, she couldn’t step up her cooking game. It was clear to everyone that Mila was not going to cut it. She was fired after the second charter. 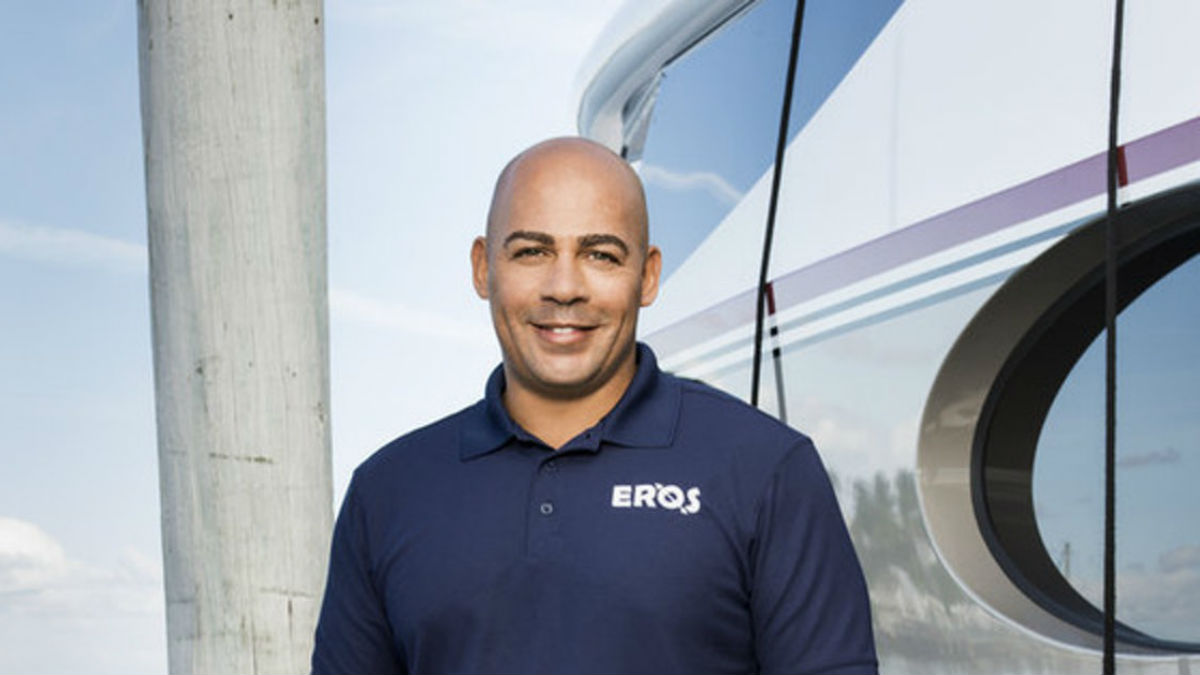 The Below Deck Season 3 chef is famously remembered for his fights with chief stew Kate Chastain. Leon had an ego in and out of the kitchen.

Although he did put out some great food, Leon’s quality was not consistent. Plus, Leon was obsessed with severing beef cheeks, proving his cooking lacked variety. Captain Lee Rosbach ultimately fired him after a fire started in the galley because the chef did not keep it clean.

The main reason Leon is the worst is that he left mid-charter after the captain fired him, leaving the crew scrambling. It was childish and selfish. Later, Kate revealed Leon put honey in her bed, further confirming his childish behavior. 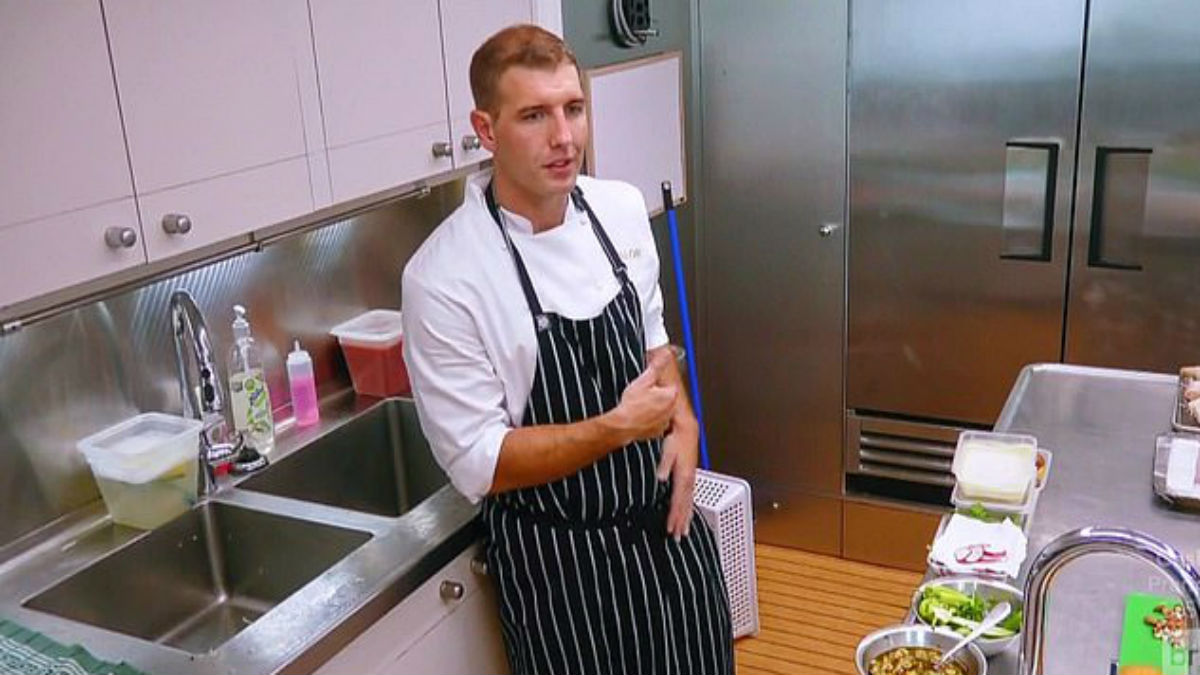 The Below Deck Season 7 chef is one of the worst ever. It is only because Mila and Leon were fired that Kevin was not placed further up. Kevin’s cooking was not his issue, although he was not consistent with his food quality, that is for sure.

It was his pivotal role in the bro crew that earned him this spot. Kevin was one of the instigators in causing a rift between the male and females on The Valor. He fought with Rhylee and Kate Chastain, even purposely kicking sand in Kate’s face on the last crew night out.

Kevin’s disrespect for Captain Lee also made him the worst. There was not much about Kevin that was likable other than he could at least cook. 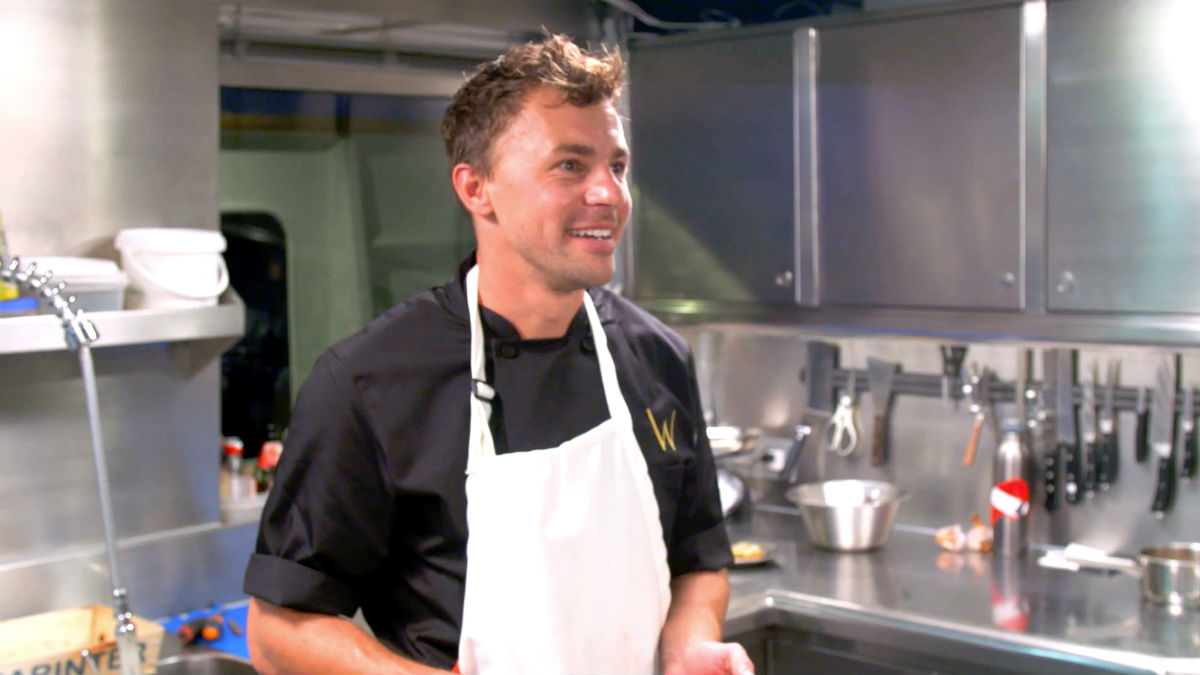 The Below Deck Med Season 5 chef conveniently arrived to see then-girlfriend Malia White, right after chef Kiko was fired. Fans have been convinced that Tom joining the Bravo show was planned from day one. There was a lot of dislike for chef Tom even before he cooked on a meal.

Tom struggled from the beginning, with food being sent back on the first charter and a meltdown on his first day over a cake. The tantrums continued with Tom losing it over cutting a cucumber, and provisions that nearly caused him to walk off the boat.

The chef is lucky Malia has been there to hold his hand and Bugsy Drake too. He may have worked for Gordon Ramsey, but Tom is no superyacht chef. 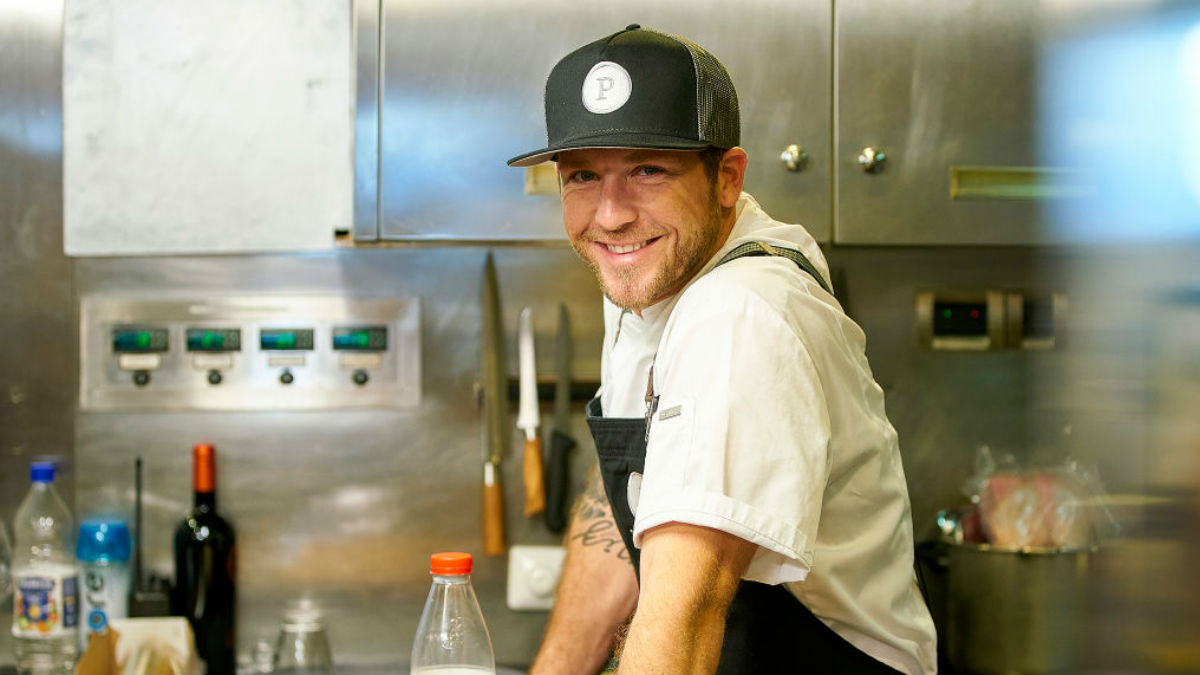 The Below Deck Mediterranean Season 2 and 3 chef went from horrific to not so bad. Adam’s love life is his biggest downfall. In Season 2, he was involved in a love triangle with Malia White and Wesley Walton. The aggravation caused Adam to purposely add onions to a guest’s meal who had requested no onions ever.

Captain Sandy gave Adam a second chance to redeem himself in Season 3, which he did. Adam further proved he wasn’t a terrible chef on Below Deck Sailing Yacht Season 1.

It is not talent that is Adam’s problem. His attitude is a turn-off for fans and crew members. Adam has grown since his first stint on the show, which is why he went up in the ranks. 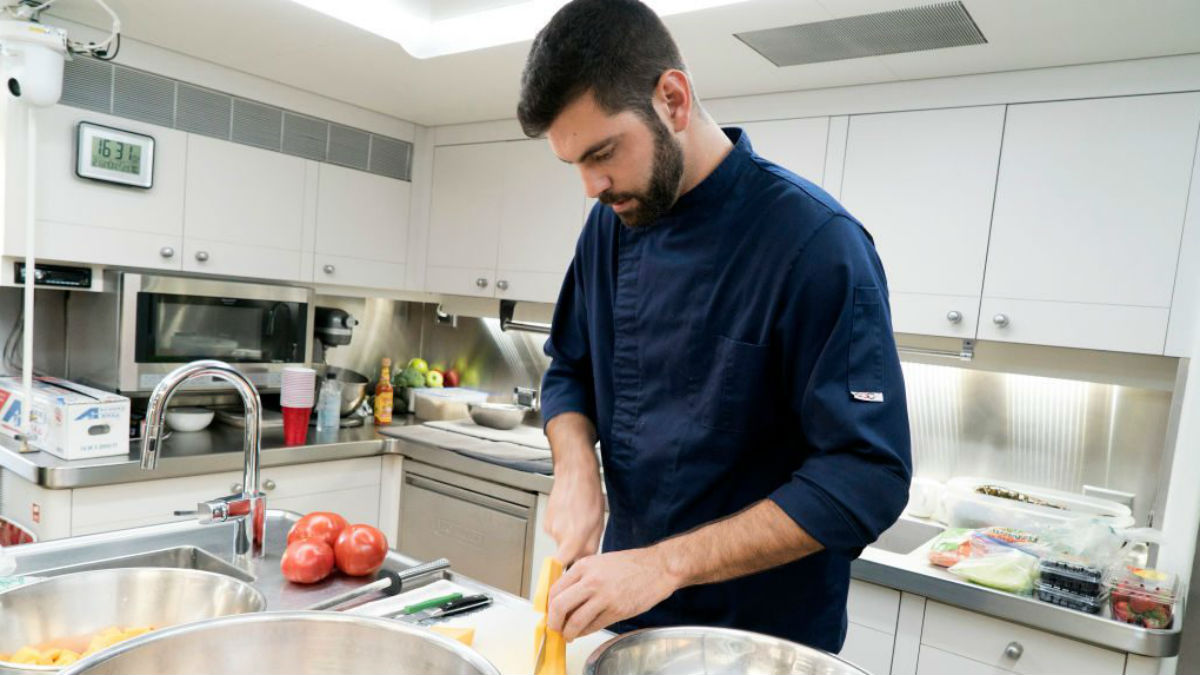 The Below Deck Season 5 chef is one of the kindest chefs ever on the series. Matt got along with everyone, including Kate, who called him one of her favorite chefs to work with.

Matt struggled in the kitchen, though, due to personal problems. A breakup right before the show impacted his cooking skills, as it caused him to not put his best foot forward.

The chef did have some fun during his time on the Bravo show, though. He formed a special bond with deckhand Bruno Duarte. They would often plan meals together because Bruno also wanted to be a chef. Matt was drama-free. It is too bad Matt’s cooking was not showcased better. 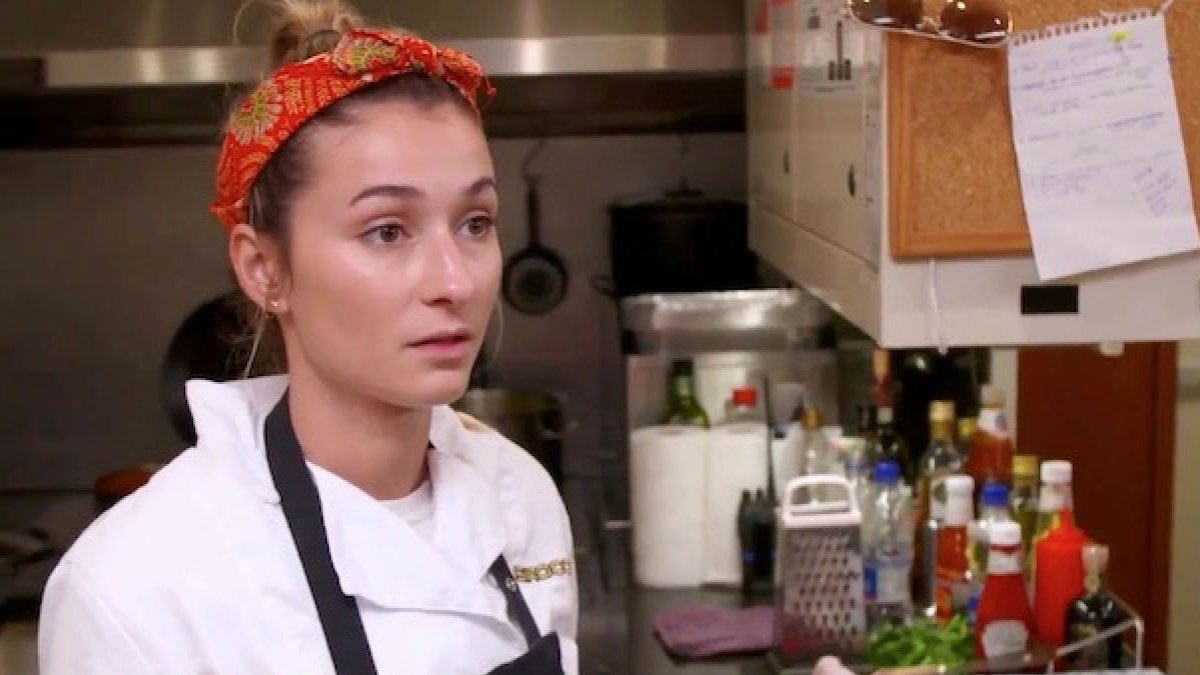 The Below Deck Med Season 4 chef started as a third stew but was promoted after Mila Kolomeitseva was fired. Anastasia saved the day. More than that, though, she proved her culinary talent to Captain Sandy and fans.

Although it was stressful for Anastasia, she had a lot of support, especially from chief stew Hannah. Anastasia lacked the arrogance and attitude of a chef, but she had the skills despite not being classically trained.

It wasn’t all positive for Anastasia. She received mixed reviews from fans and even some crew members. The stress was ultimately too much for the chef, who requested to return to the third stew position to finish out the season. 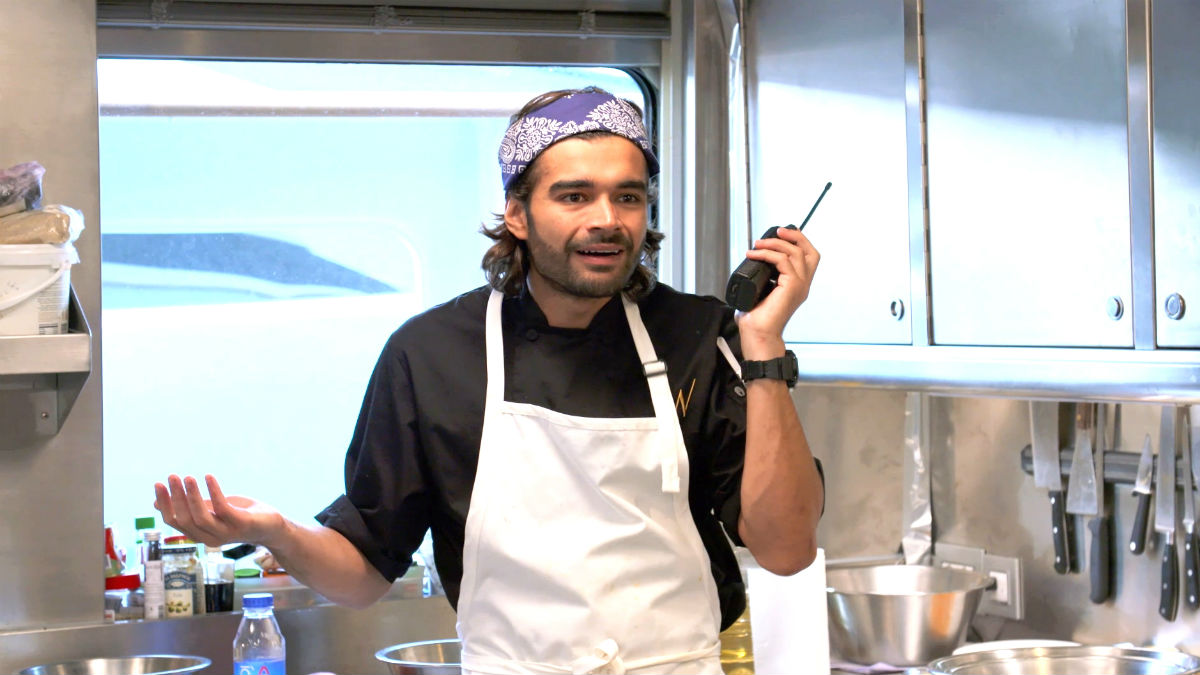 The Below Deck Mediterranean Season 5 chef was beloved by fans, who still feel Kiko was set up for failure. Kiko was lovable, nice, and sweet. He struggled in the kitchen with the quality of his food, though. There was a lack of consistency that caused Captain Sandy to talk to Kiko.

Kiko magnificently pulled off a 72-plate meal giving him, and fans hope Kiko had gained the confidence to stay on the yacht. Sadly, a Vegas-themed dinner caused Kiko’s demise. His nachos rivaled Mila’s for the worst.

He did not have the support that chef Tom did from the crew, other than Hannah. Kiko’s firing caused some of the harshest backlash from fans in the show’s history. 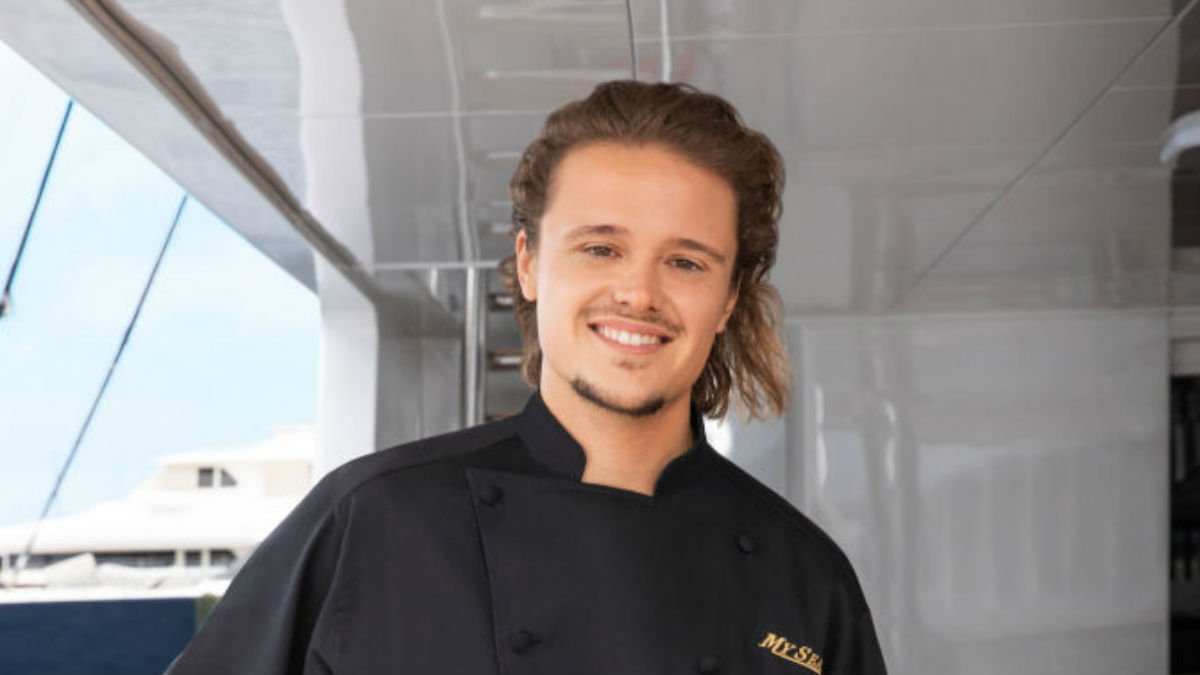 The Below Deck Season 6 chef is one of Captain Lee’s all-time favorites. Adrian not only had the best attitude, but his cooking skills were off the charts. The crew was worried at first because of Adrian’s laid-back surfer outlook. However, Adrian quickly proved his creative cuisines and demeanor in the kitchen were the real deal.

Although Adrian was likable, he was not a pushover. He could command his kitchen and spar with the crew when needed.

The chef is also one of Kate’s favorites to work with on the show. By the end of the season, Adrian became known as the yacht’s whiz kid because of his talent and likability. Only one person beats Adrian on the list, and that is simply because Adrian only appeared in one season. 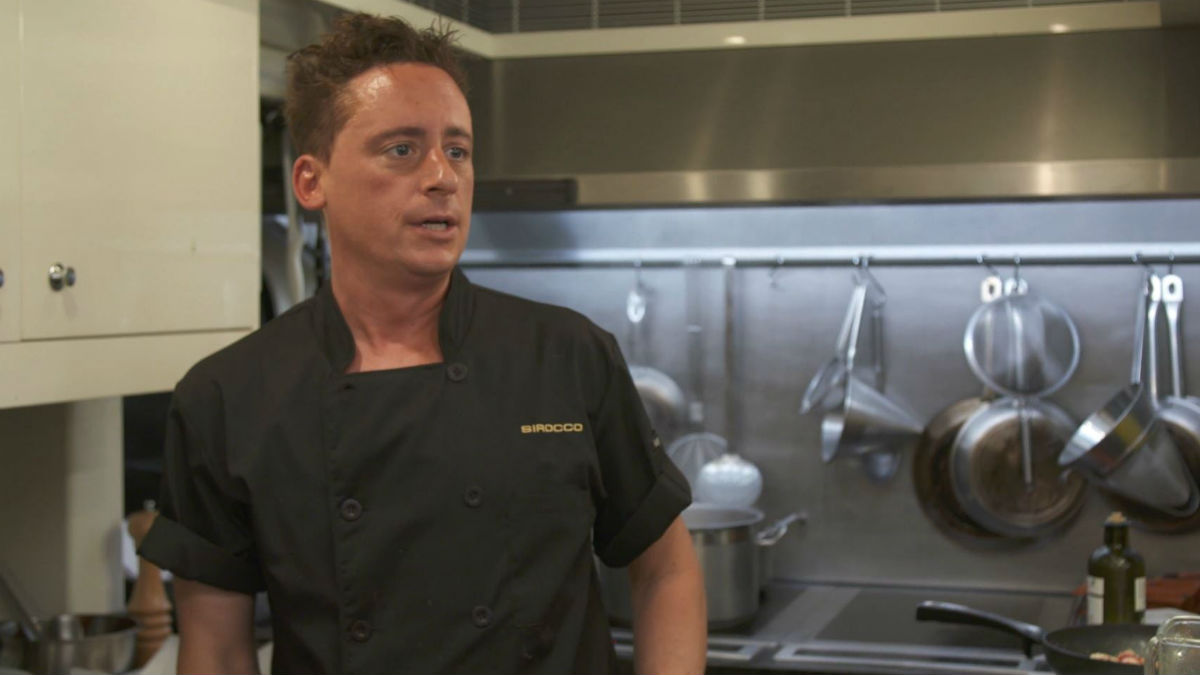 The Below Deck Season 1-4 chef and Below Deck Med Season 1 and 4 chef earned his spot at the top of the list. Ben has played a pivotal role in launching the hit Bravo series. He returned to Below Deck in Season 3 after Leon was fired and did the same for Below Deck Mediterranean in Season 4 when Anastasia stepped down.

Ben had his fair share of tantrums and meltdowns on the series. He did trash the galley after a bad review.

However, his charming nature and easy-going attitude won over fans instantly. Ben’s food skills were off the charts too. The fact that Ben kept returning to the series to save the day proves the franchise means a lot to him also. Ben has been a hard act to follow.

Do you agree or disagree with the ranking of the Below Deck Mediterranean and Below Deck chefs from worst to best?