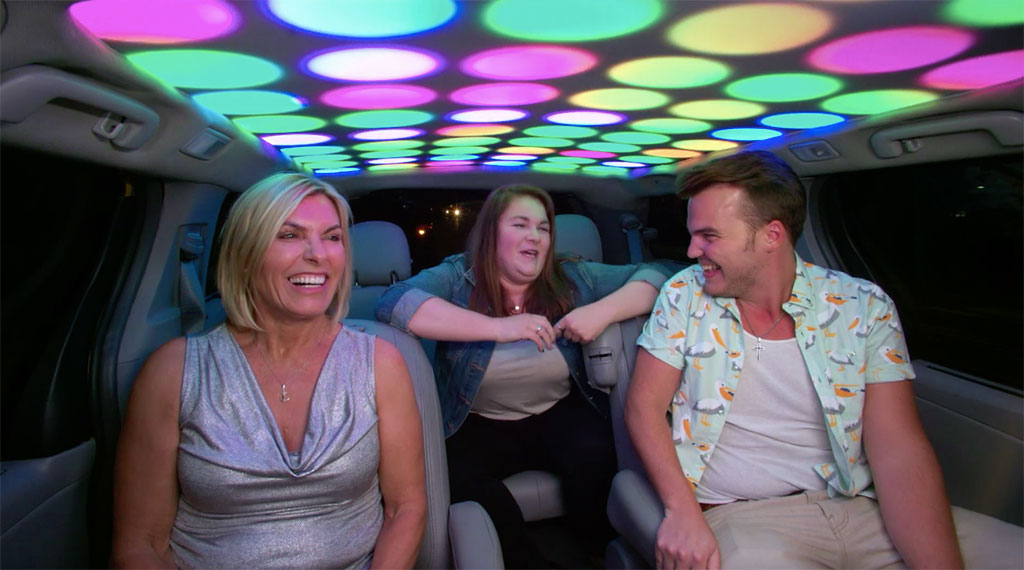 In this exclusive sneak peek from the Bravo game show’s May 13 return, Below Deck Mediterranean captain Sandy Yawn joins contestants Ashley and Tyler for a ride in the Cash Cab. In typical Cash Cab fashion, the contestants hop into host Ben Bailey‘s taxi unaware they’re about to compete for a cash price.

“You guys are in the Cash Cab,” Ben first reveals to Ashley and Tyler.

“No…No, we are not,” a stunned Ashley remarks as her pal laughs. “You’re s–tting me.”

While still in shock, Ashley asks Ben how much time he actually spends in the cab, to which he replies, “too much.” Tyler, who is a teacher, can relate as his students think he lives “under my desk.”

With this small talk out of the way, Ben reveals his next big surprise, their celeb teammate Captain Sandy.

“Do you think I could catch a ride to the dock?” the famed captain quips. “Is there money here?”

As Ashley remarks that she’s “truly in shock,” Tyler asks Captain Sandy if her presence means they’ll get a ride on her next charter.

Upon this declaration, Ben describes the rules to the trio. “You guys have 37 blocks to accumulate as much mulla as possible, so let’s get started right away,” Ben notes. “These first few questions are worth 50 dollars apiece.”

For their first question, Ben asks the group the following: “What US office supply is typically measured in quires of 25, reams of 500 and bundles of 1,000?”

Unanimously, the group rules that the answer is paper.

“Paper is right and you’re on the board for 50 bucks,” Ben declares. “One for one, let’s see if you can go two for two.”

For the rest of Ashley and Tyler’s adventure with Captain Sandy in the Cash Cab, be sure to catch the Bravo show’s return on Wednesday, May 13 at 11:30 p.m.