Chastain recalled that Robinson complemented the aesthetic of the party by making all of the food white. Cameras flashed back to the event from season 2. “Pork tenderloin, sesame seed with a whipped mashed potato cauliflower florets and a cheddar and horseradish sauce,” Robinson is seen telling the stews. “They’ll love it.” 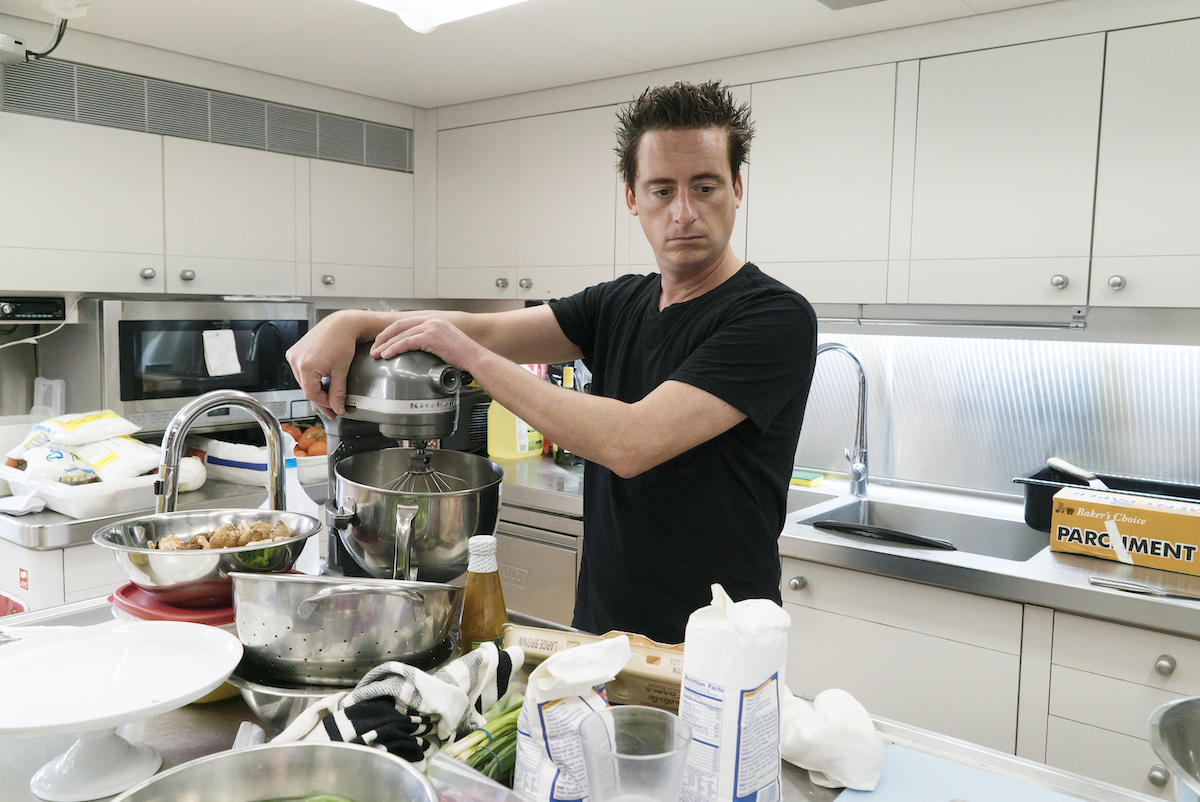 Below Deck Season 2 wasn’t Robinson’s only white party. He also created white-themed food for his final dinner during his last season of the series. The final charter of Below Deck Mediterranean Season 4 included a white party, which in fact, was for the current Below Deck Med guests, Jennifer and Patrick Kirk. While Robinson once again nailed the food, Captain Sandy Yawn came down hard on chief stew Hannah Ferrier when she dropped the ball on the whole “white party” theme.

How did the interior miss the ‘white party’ mark on ‘Below Deck Med’?

The Below Deck Med Season 4 white party didn’t go exactly as planned. Robinson held up his end of the deal. He created white food and even rocked a white chef’s coat. But Ferrier didn’t go the extra mile. Sure she ordered huge bunches of white balloons. But she dismissed Aesha Scott’s suggestion the stews do a white-glove service.

In fact, the stews showed up to the dinner wearing all black. Some of the missing details were not lost on Robinson. “The funny thing about Hannah is that I just feel like she was just so reluctant to do her job, you know?” Robinson told Decider.

“And everything I did seemed to annoy her,” he added. “I think she needs to realize that we’re all on the boat for the guests’ experience, and that’s just the bottom line. If I need assistance in getting there, then she should offer that. Because it’s not a competition as to who can do the least, it’s a competition to see who can do the most. And if everyone works as a team, that’s going to facilitate that mission, and therefore the guest experience will be better.”

Robinson was the relief chef on Below Deck Med Season 4 and faced a big challenge leading up to the white party meal. Keeping the food hot before it hit the table proved to be problematic, but Robinson had a solution. He procured tasteful silver domes that he placed over the plates. The domes remained atop the plate until the food was served, which seemed to fix the issue.

He was also presented with a broken stove when he first arrived on the boat. Third stew turned chef Anastasia Surmava struggled before Robinson arrived partly because the stove didn’t work properly. “I mean, obviously I vocalized that the stove top was broken,” he recalled. “But ultimately, Anastasia pulled the pin on her own operation, and I think she probably did it with good cause. If it had just been the stove top I think Sandy would have got it fixed. I think there was a lot of other stuff going on, and just the pure anxiety of it would have really summoned that decision to pull the pin and be like, ‘Wow this is too much.’”