Ben Shapherd calls himself an idiot after he accidentally trips up race winner, 5, on finish line of a kids' mini mile

The 43-year-old TV hunk was holding the winners tape at the finish line for a children’s race in Ealing on Saturday. 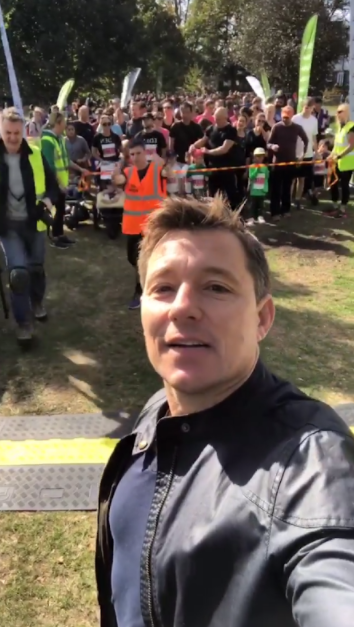 However, the Tipping Point host and Good Morning Britain star let go of the tape early as a five-year-old child named Noah reached the winning mark.

As the giant ribbon slipped from Ben’s grip, the material swept around little Noah’s leg, tripping him up and sending him crashing to the ground milliseconds after victory.

Sharing video of the disastrous moment, Ben did at least sound ashamed of his involvement.

“WARNING – this is not my finest hour!” the TV star wrote as he shared the You’ve Been Framed worthy content. 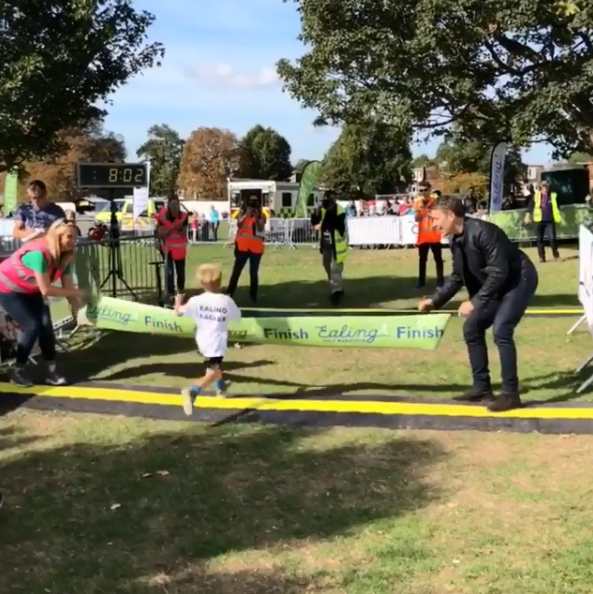 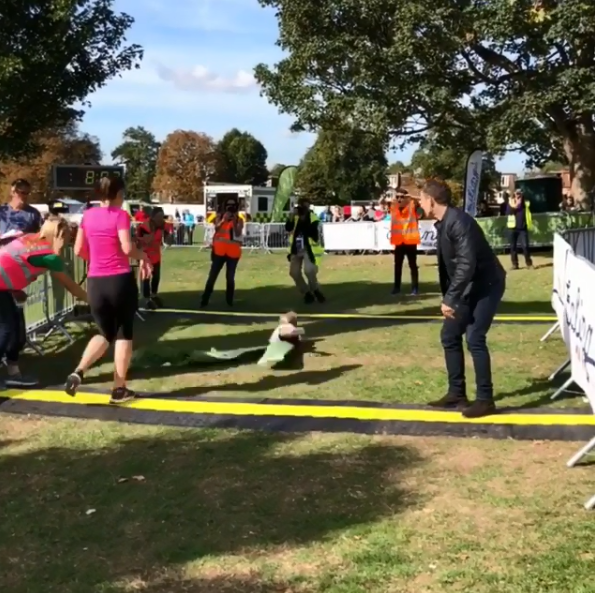 “So You’re 5 years old, run the Ealing mini mile in 8mins win the race only to be tripped up on the finish line by an idiot with a giant winners tape,” Ben continued.

“Not sure I’ll be invited back next year after this. Fortunately the amazing Noah #ealingminimile wasn’t hurt. What a little legend!” Ben wrote.

“Good luck to all the runners – fortunately I can’t hurt anyone else,” he added.

Ben later shared a snap of himself with Noah and the little lad’s mother to prove the child was not hurt and that there were no hard feelings.

“Noah and his mum Ingvlid,” Ben wrote, captioning a selfie of himself with the mother and son. 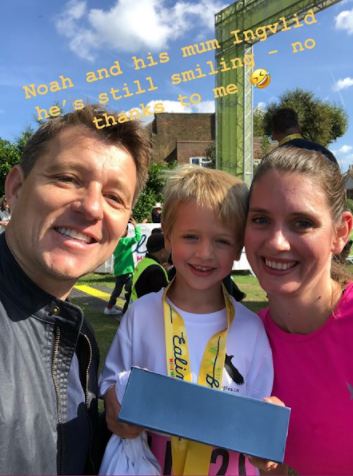 “He’s still smiling – no thanks to me,” he added alongside a crying-with-laughter emoji.

“The more I watch this, the funnier it gets,” one unsympathetic follower commented.

While another typed: “Hahaha…I’m calling childline.”