Ben, 46, and the team at Tipping Point had been gearing up for new episodes to air from Monday, April 12, 2021, which were filmed in the midst of the pandemic. Unfortunately, due to the impact of Prince Philip’s death on Friday and the coverage of the Grand National last week, ITV has taken the decision to delay the start of the new series. The host made the announcement on Twitter in view of his 776,800 followers six minutes into Monday’s episode.

Accompanying a video of what’s to come in the new episodes, Ben wrote: “Can’t wait for the new series of Tipping Point to launch!

“Due to a schedule change the new episodes will now air next week Monday 19th April at 4pm, but here’s a cheeky look at some of what’s to come #TippingPoint @TippingPointITV.

“Also the first few eps were filmed pre-covid so there will be #Benhugs (a least for a while!),” the presenter explained.

In response to the broadcaster’s announcement, one viewer wrote in anger: “What we all want to know is the reason for the schedule change!”

Another posted: “I was all geared up for the new episodes so I was disappointed but at least you’re still on the screen. Loved last night’s #LuckyStars.” 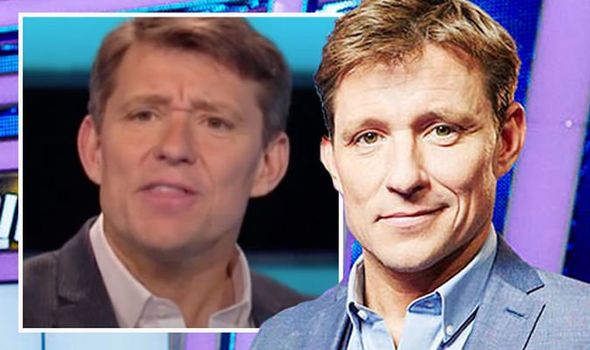 A third commented on the social media platform: “Tuned in today to see the new series but guess I’ll have to wait another week.”

“Gutted. I was so looking forward to the new ones,” a fourth remarked with a fifth stating: “Next week?! What!!!”

Whilst a sixth shared: “Another week to await for new episodes…not impressed, a seventh asked: “But…but…why?”