'Better Call Saul': Bob Odenkirk and Patrick Fabian Discuss How Jimmy and Howard's Relationship Is More Complicated Than We Think

Even before he started lobbing bowling balls at Howard Hamlin’s vintage Jag, we knew that Jimmy McGill was not a huge fan. The Better Call Saul co-stars have a complicated past together and on a deeper level, Howard represents the kind of person Jimmy wishes he was — rich, successful, and well-respected. Though Jimmy claims to despise Howard for being a phony, he’s subconsciously operating from a place of deep-seated jealousy.

It’s easy to just claim that Jimmy is pissed at Howard for never hiring him at HHM and treating him as an equal. But their relationship is more nuanced than that. Bob Odenkirk and Patrick Fabian recently discussed their thoughts on Jimmy and Howard’s complicated relationship. 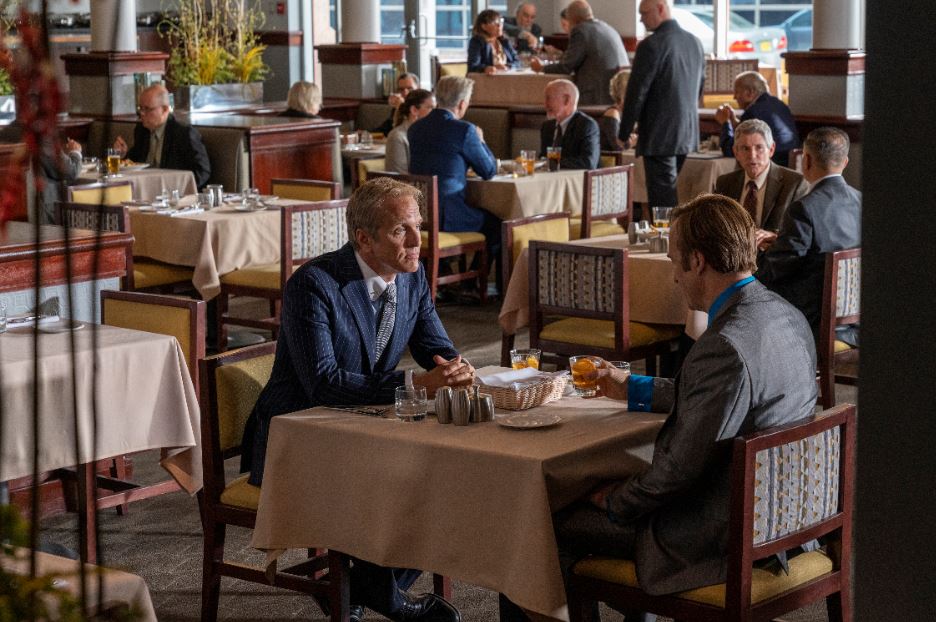 Howard Hamlin shocked everyone by offering Jimmy a job

Jimmy spent time during the first seasons of Better Call Saul trying to prove his worth and get hired at HHM, the firm his older brother Chuck helped create. At the time, it seemed like Howard was the one blocking Jimmy’s attempts to get hired. But really it was Chuck behind it the whole time.

After Chuck’s suicide at the end of Season 3, Howard goes through a kind of personal transformation and seems to finally realize how flawed Chuck was all along. That’s why it’s not too shocking that Howard fervently tries to right old wrongs by encouraging Jimmy to take a position with HHM. He’s trying to atone for past sins and soothe his conscience in that way.

But as we now know, Howard’s epiphany is too little, too late.

Howard feels bad about how he treated Jimmy

There’s a theory that Howard puts up with Jimmy’s anticsbecause he feels he deserves the treatment after what he’s done.

“So whereas I think [Jimmy] would exhaust a lot of people, Ithink Howard Hamlin is a guy who is to some extent exhausted with Jimmy,” Odenkirksaidduring a panel. “You’d have to ask Patrick, but I think Howard secretlythinks Jimmy’s anger towards him is justified, and so he tolerates Jimmy’sdifficult behavior.”

There’s a reason for Howard pursuing Jimmy so hard

Getting lost in those Hamlindigo Blues.

Patrick Fabian agreed with that assessment. “[Jimmy]’s aliving hair shirt for Howard to feel badly about himself and his success,right? I’m the sire, right?” he said. “There’s another Hamlin there. I didn’tmake the bank; I inherited the bank. I wanted to be like Kim and go out on myown, but I put my name on the wall instead. And then here’s Jimmy, sort ofacting like the punk rock guy, and naming truths about me.”

At the point, it would be much easier for Howard to just let it go and allow Jimmy to build his own life apart from HHM. But his sense of guilt won’t allow him to give up on Jimmy without a fight.

Howard clearly believes Jimmy is a good lawyer, but it’s more than that — he knows he owes him a job. Unfortunately, Jimmy has moved past the point of wanting to work with Howard and has become way too entrenched in his new life as Saul Goodman.

In Season 5, Episode 5, we see Howard call Jimmy yet again and ask if he’s still considering the job. At the time of his call, Jimmy is busily working on a plot to help Kim take down Mesa Verde and can’t be bothered with Howard’s guilty conscience. But the scene proves that the Jimmy/Howard conflict is far from resolved.

We can’t wait to see how this all plays out in upcoming episodes.