'Better Call Saul': That Scene of Ants On Ice Cream is Swarming With Symbolism About Jimmy McGill's Current Situation

Every Breaking Bad and Better Call Saul fan knows that there’s no such thing as a wasted scene. Even the very small moments in the show often speak to larger truths for anyone willing to look closely enough. One telling scene happened over the course of Episode 2 and Episode 3 of the fifth season of Better Call Saul.

At the end of “50% Off,” Nacho pulls up to Jimmy as he’s walking down the street eating an ice cream cone and insists he get in the car. Cornered, Jimmy is forced to abandon his cold treat by dropping it on the sidewalk.

But that’s not the last we see of the ice cream cone. In fact,the melting ice cream turns into a metaphor for what’sabout to happen to Jimmy McGill. 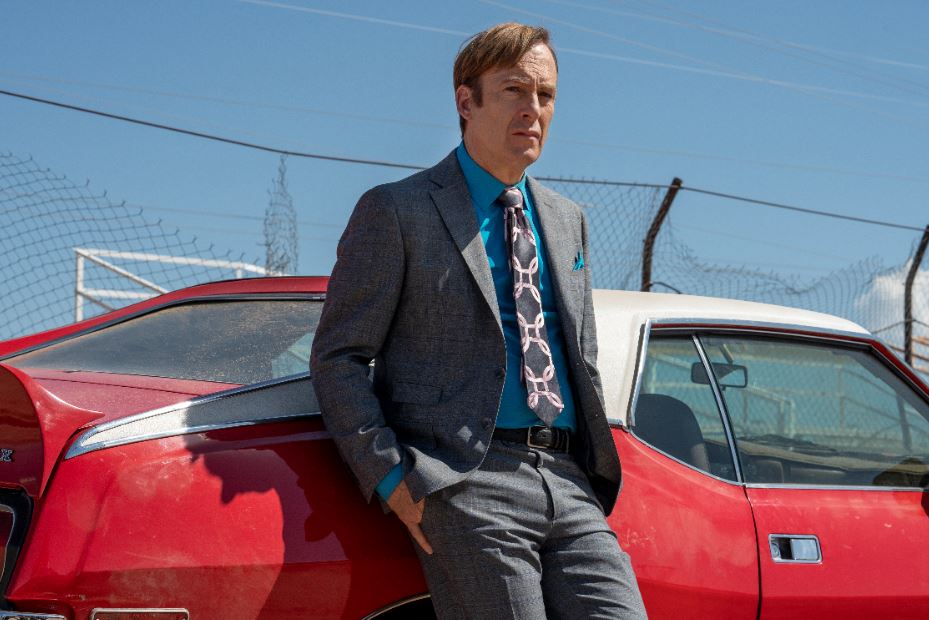 That dropped cone wasn’t forgotten in the next episode. The beginning of “The Guy For This” showed a close-up of the melting cone slowly being devoured by ants. Shot like a nature documentary, with extreme close-ups of the ants swarming the food and extra-creepy ant noises, the audience learns that the ice cream is much more than ice cream.

After Jimmy meets Lalo and forcibly gets recruited to aidthe cartel, Nacho drops him off at the same spot where he picked him up. Jimmy encountershis ice cream hours later and sees it covered in ants. He tries to shoo themaway for a few seconds before walkingoff in disgust.

“It doesn’t get much better than Saul” according to @TVGuide. Case closed. Watch the first two episodes of Better Call Saul now before an all-new episode Monday: amc.tv/BCSFullEp502

Does the ice cream represent innocence?

There are so many explanations why producers may have chosento include the ice cream scene. There’s a chance the ice cream, a quintessentialrepresentation of child-like innocence, is a metaphor for the goodness stilllurking within Jimmy. After getting involved with the cartel, that glimmer ofthe Jimmy we’ve come to love is being devoured.

We already know what happens to Jimmy McGill — by the time we see him in Breaking Bad, all traces of a moral code have vanished. The ice cream cone represents the Saul Goodman persona devouring Jimmy McGill. Or, it could symbolize the underground world of drug dealing that’s constantly happening in plain sight yet is still hidden from most people’s view.

One of the most brilliantyet controversial episodes of Breaking Bad was called “Fly.” All theaction takes place in Gus Fring’s underground meth lab and centers aroundWalter White obsessively trying to catch a fly that’s trapped in the lab. Somefans called the episode “boring” in an otherwise dramatic season. But othersrecognize the episode wasn’t really about a fly. And that annoying little buzzingmay have had a lot to do with Walt’s conscience.

“Fly” was critically acclaimed for both the cinematographyand for further developing the relationship between Walt and Jesse. Like Jimmywith his dropped ice cream, the fly came to symbolize a deeper truth about theperson Walt was becoming.

Jimmy has slowly been transforming into Saul over the pastfour seasons of the show and soon he’ll fully become the corrupt lawyer we knowfrom Breaking Bad. He’s just like a melting puddle of ice cream that,soon enough, will be completely devoured by ants.