Dirty John: The Betty Broderick Story is the follow-up series to the original season which aired on Netflix in 2018. Dirty John has been turned into an anthology series with each season focusing on a different story of “love gone wrong”. This time around, it was the story of Betty Broderick which came to be the centre of attention in the second series.

Betty Broderick was convicted of killing her ex-husband Daniel Broderick as well as his second wife Linda Kolkena in November 1989.

She was charged with two counts of second degree murder and sentenced to two consecutive terms of 15 years to life imprisonment.

She was also given another two years for illegal use of a firearm which is the maximum sentence under the law.

According to CBS News, Broderick will not be eligible for parole until January 2032. 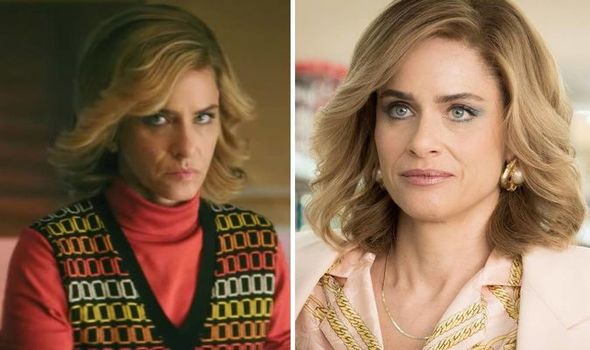 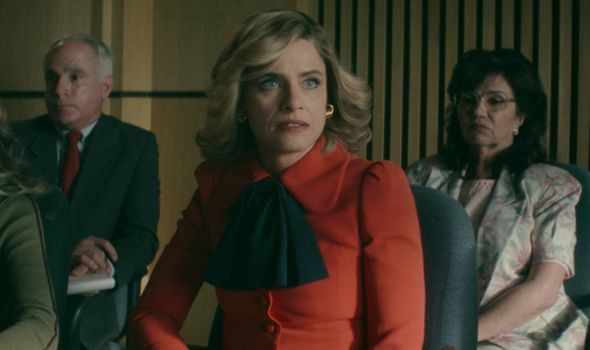 Dirty John: The Betty Broderick Story follows Betty (played by Amanda Peet) from the very beginning where she was still married to Dan (Christian Slater).

As the series goes on, viewers find out Dan leaves Betty for his legal assistant Linda (Rachel Keller).

He then says he is going to get full custody of their children much to her shock.

But the harder she tries to fight against Dan though in the show, the more trouble Betty finds herself in. 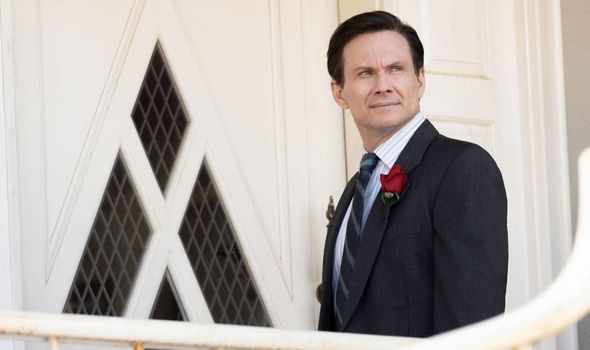 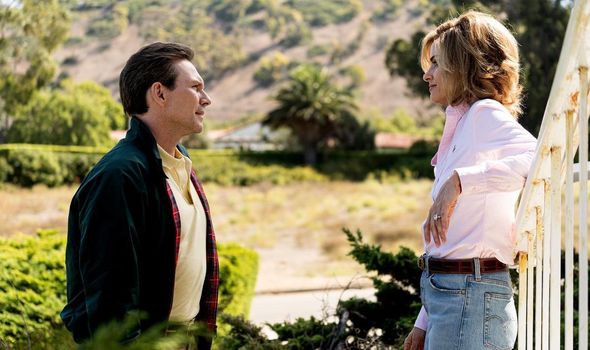 What near miss could have dramatically changed The Betty Broderick Story?

The case of Betty Broderick was well covered by both television and newspapers in the US at the time.

Creator Alexandra Cunningham exclusively told Express.co.uk how there were “millions of words that she [Broderick] said and wrote at the time” which she used for the series.

Cunningham also got her hands on the transcripts from the murder trials where further information was given about what happened as well as Broderick describing in great detail the circumstances leading to the murders.

However, Cunningham was so close to losing access to these important transcripts altogether.

Cunningham said: “That’s what I chose to focus on [the newspaper coverage], in addition to the 6,000 pages of transcript from both her murder trials which I sent a researcher down to the San Diego Court house…to make copies of.

“Funnily enough, the clerk that he asked for the transcripts from was sort of amused.

“He said: ‘Oh that’s so funny you’d ask for those today as we were about to shred them.’

“I had to lie down when I heard that!”

Cunningham continued: “Apparently, maybe this is only in San Diego County or it’s countrywide I don’t know but 30 years after the trials, they shred the transcripts.

“I don’t know if that means on a computer but my impression was that they’re gone.

“So if I didn’t send the researcher down when I did, I wouldn’t have had the transcripts which, to me, were invaluable.”

Dirty John: The Betty Broderick Story is available to watch on Netflix.