The superstar met up with Kelly Rowland and Michelle Williams for a night on the tiles in West Hollywood. 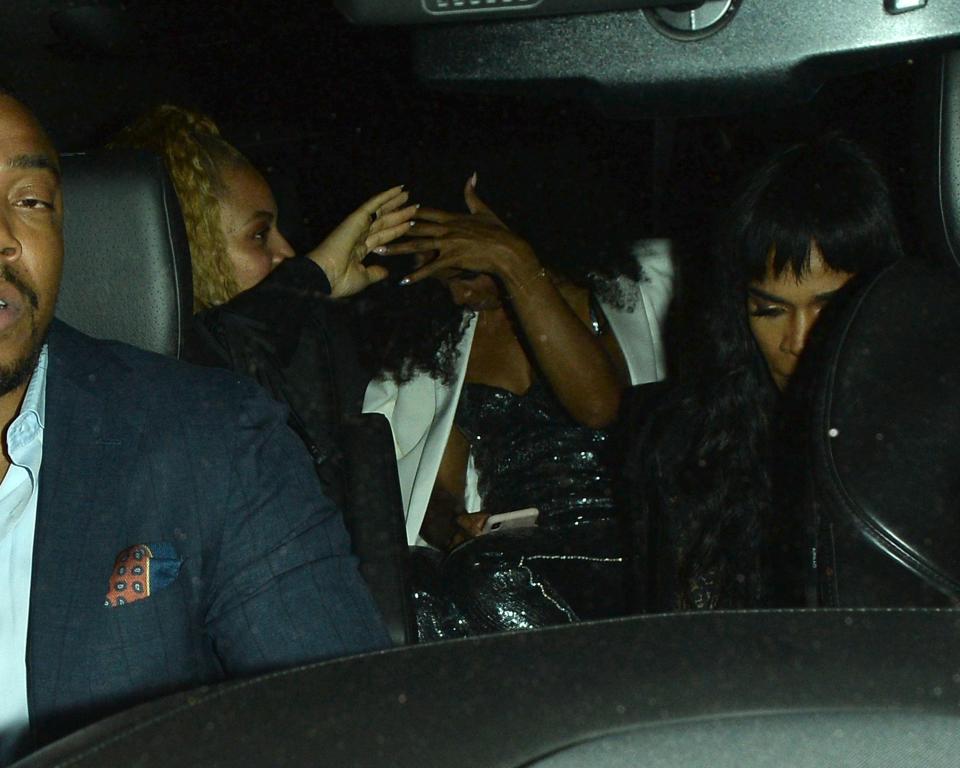 The Say My Name singers looked like they were having a whale of a time as they clamoured into the backseat after their evening out.

Beyonce and Kelly did their best to hide away putting their hands up in front of their faces in the car –  but their heads of bouncy curls gave them away instantly.

Meanwhile Michelle looked coy in the front seat after her night partying with the girl band. 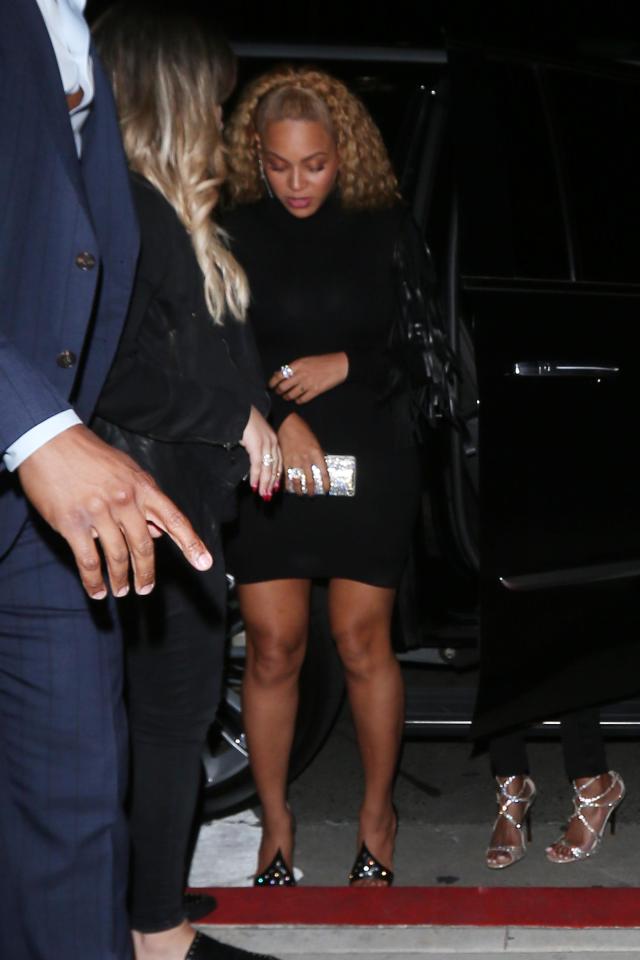 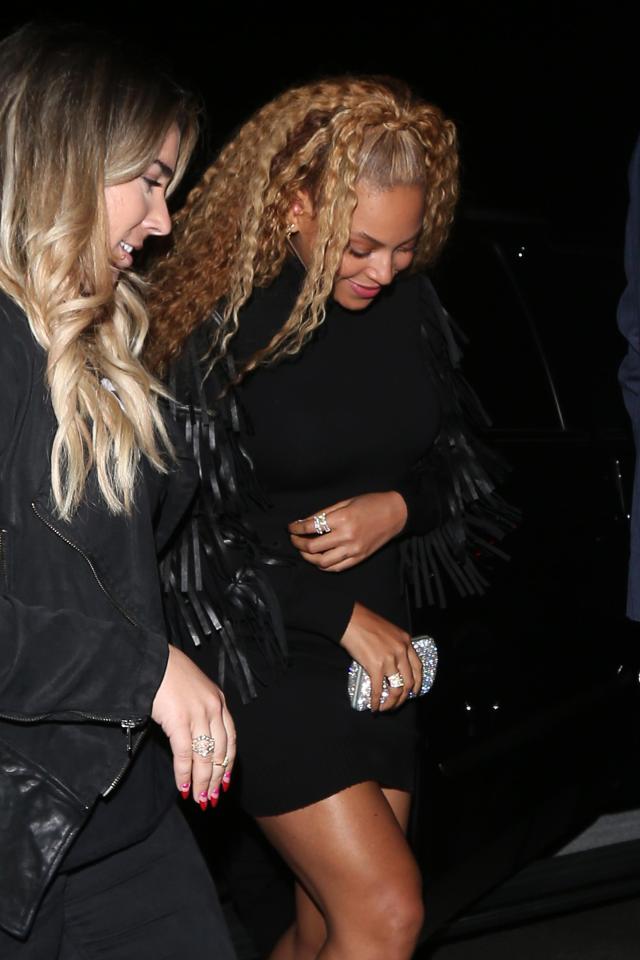 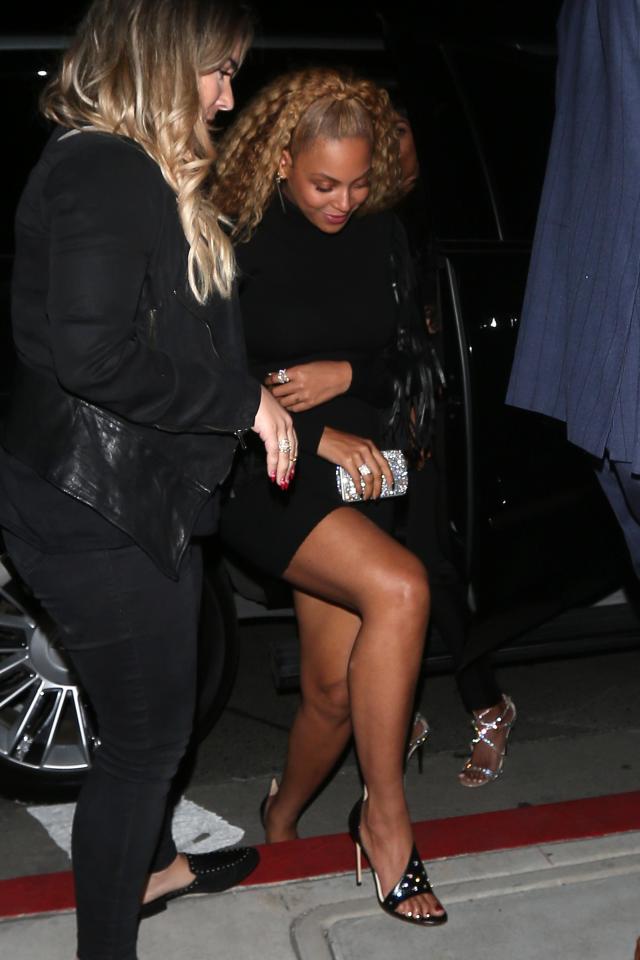 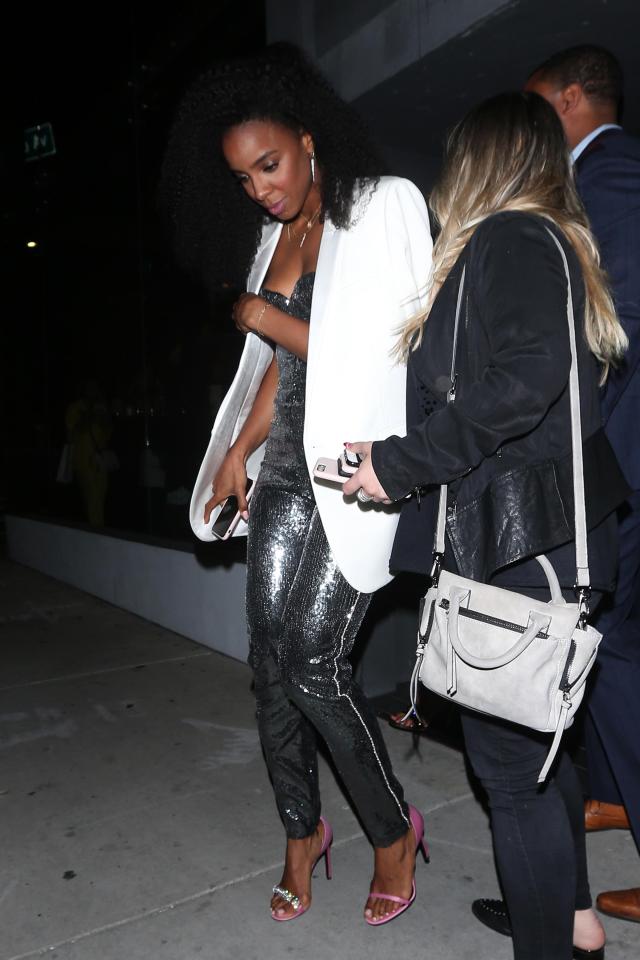 The singer had not performed with her bandmates since their explosive return at the 2013 Super Bowl.

The group first broke up in the mid-Noughties, when they launched their solo careers.

But they set the stage on fire as they reformed for Coachella –  performing some of their biggest hits including Say My Name, Soldier and Lose My Breath.

The surprise reunion was reportedly to make up for the fact Beyonce was unable to perform last year when she was pregnant. 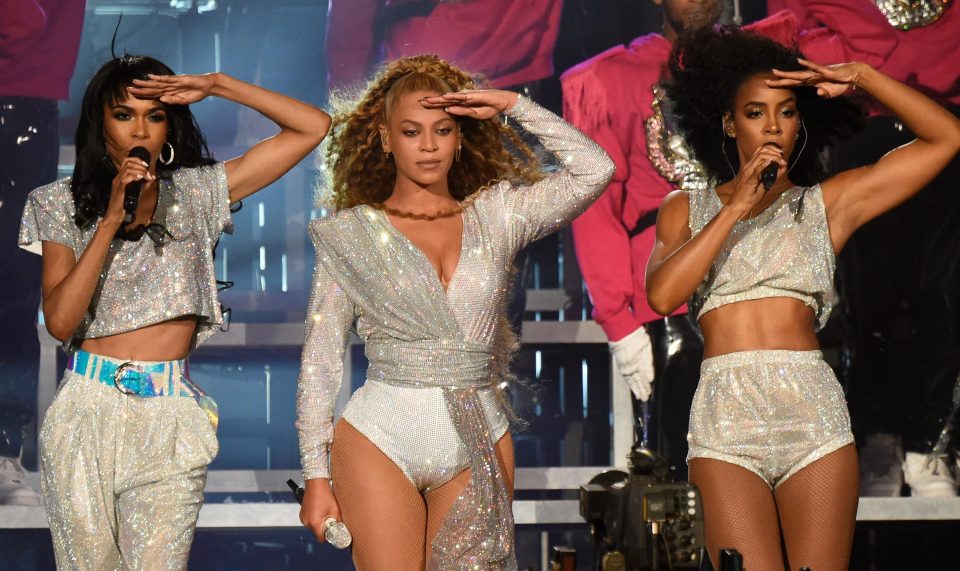 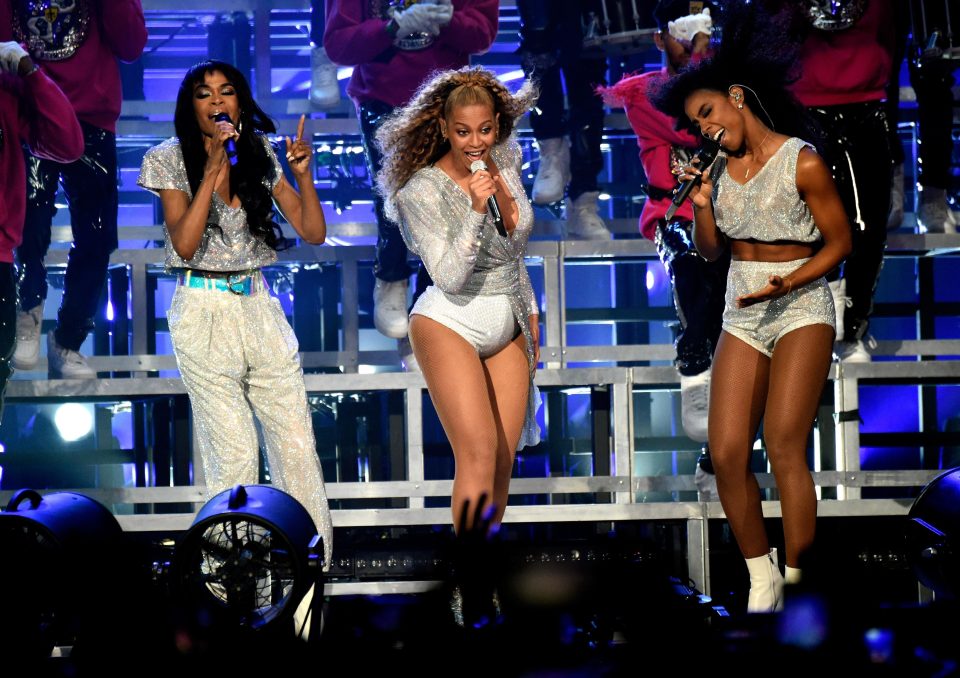 Meanwhile Beyonce hit headlines after she fell over when she tried to pick up her sister Solange on stage during her first  Coachella show.

They both tumbled to the ground in an epic fall.

Though barely before anyone noticed the pair had flipped back up to their feet to continue their high-octane performance. 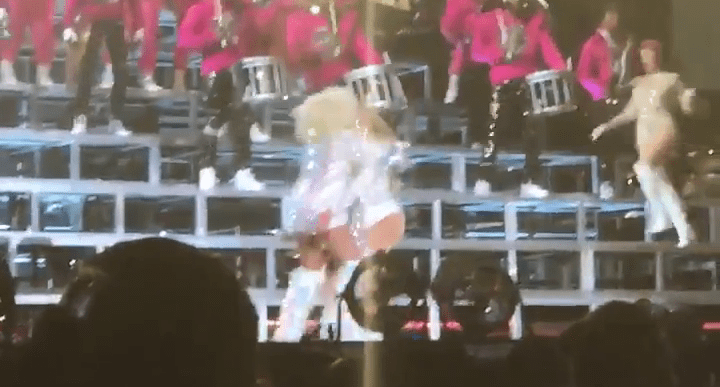