'Big Brother' Blowout: First Head of Household and Nominations Tear the House in Half, Reducing a Robot to Tears

The first two alliances of the summer emerge, setting the stage for an epic power struggle, while a third group of outcasts tries to stay out of the line of fire.

It was a night of firsts on "Big Brother" as the game finally got underway. The weird opening challenge was cute and all, but it didn’t really do much other than paint a target on Swaggy C and send his ego into overdrive.

It all changed tonight, though, as the first Head of Household competition was held, and by the close of the hour, the first two nominations were made and two Houseguests found themselves sitting on the block. One took the news in stride, determined to fight back, while the other just felt even more beat down.

"Big Brother" is hard for a lot of reasons, and the one most people don’t appreciate is the emotional strain of being away from everyone and everything that means anything to you for so long. This separation anxiety usually happens right away for some, as the transition is so jarring, and then again later in the season as everyone starts to get exhausted from constantly being "on."

We’re going to run this season like you’d run a department store. Each product, or celebrity, may have come in with equal value, but pretty quickly you start to see that certain ones aren’t working. First, you try discounting them to see if they can turn things around and become solid performers again. But if that doesn’t work, it’s time to put them on clearance so you can sell them out (the door). With that said, let’s take a look at our inventory, ranked from our strongest performer to our weakest … after we spotlight some wonderful items in stock.

Props to the CBS casting department for two very smart moves this season. First, there were no returning veterans to dominate the game. Second, even though they again cast mostly young and pretty people, they at least got some strong and diverse personalities. Usually by this stage of the competition, you’re struggling to keep everyone straight with only a few stand-outs.

Right now, the bro squad is kind of blending together, as is the bikini brigade. Hilariously, they apparently all realized that they were one another’s people, and went ahead and formed an alliance. They haven’t named themselves, and honestly it’ll probably fall apart almost immediately, but if it lasts, can we suggest Babes & Bros. Just own it!

They’re the bread and butter of "Big Brother," and essential in making it through the game to the end. This week, we saw two of them emerge and they represented all of the divides in the house. As mentioned, the babes and bros came together almost as a social clique and then just decided to align. The other formal alliance was Swaggy C cementing his minions around him.

With eleven people firmly aligned either with the hot bods on one side, or Swaggy C on the other, that left five Houseguests floating around as free agents: Scottie, Sam, JC, Bayleigh and Steve. Aside from Bayleigh, who has a "family" alliance with Swaggy anyway, these are all the social outcasts you might expect to see in high school.

Scottie is the classic nerd type, Sam is the tomboy outcast, JC the quirky gay kid and Steve is the old guy. Of course they’re going to be ostracized by the young, pretty people who are drawn to people like themselves. This is the drawback of casting so many people of the same archetype.

Tyler (up 11 spots from the last episode) soared to the top of the leaderboard with a big Head of Household win, but more importantly he showed that he is a more shrewd player than we realized at first. He joked around that he would hide his intelligence from the house, but it turns out he is sharper than he puts on. He saw through all of Swaggy’s cocky gameplay, and he played Bayleigh like a violin until she revealed her "family" alliance with Swaggy C, putting her at odds with Tyler’s new alliance including

Winston (up 10), who gets credit for creating the alliance and bringing it to Tyler, thus earning a slightly higher ranking than

Angela (down 2), Brett (even), Kaycee (up 5), and Rachel (even) and Winston (up 11). They didn’t really do much this week except agree to be a part of this alliance with the HOH. But that’s enough to guarantee their safety. And if the alliance holds up and they can maintain power, they’ll be in a good spot for a long while. That would be great for them, but not so much us because they are all so boring!

JC (up 3) is in an interesting position, because everyone in the house seems to adore him. No one was targeting him during the HOH competition, and even though he is an available target for elimination, Tyler is acting like he’s not even an option, and no one is arguing this. JC has apparently slid into the "beloved mascot" AKA Season 16’s Donny Thompson. Donny rode that deep into the summer, but he never really jumped in and started playing the game. JC looks ready to play, so hopefully he has a better journey.

Scottie (down 6) was declared safe by Swaggy, but he’s another player who isn’t really on anyone’s radar for better or for worse. That makes him an early game floater, which is never bad as you can let the alpha dogs eat each other for awhile while you just lay low. Plus, his never-been-kissed story has endeared him to at least the ladies in the house, so he should be safe for a bit.

Faysal (down 7) may be in a worse spot than he even knows because Swaggy wants to pull him into his alliance. We never saw if Fessy agreed to this, nor did he go up to Tyler’s room to campaign on Swaggy’s behalf, so he’s not on the power alliance’s radar just yet. His fate could go either way from here.

Bayleigh (up 4) was in a pretty good spot, but her mouth knocked her down a lot of pegs. Tyler was already suspicious that she was disingenuous at best, but when she revealed that she feels like Swaggy is family, that’s the kind of bond that smart players want to destroy immediately. And Bayleigh isn’t safe this week, making her a valid backdoor choice if one of his nominees gets pulled down from the block.

Haleigh (down 9), Kaitlyn (up 4), and Rockstar (down 8) are the members of Swaggy’s alliance who basically revealed themselves to Tyler by lobbying for Swaggy’s nomination choices before Swaggy came in and joined them, echoing what he already knew they were saying.

Swaggy C (down 5) is coming on way too strong and way too fast. I respect how aggressively he’s playing, but you almost never see that work this early. He’s not subtle enough to manipulate his way through the game, a la Paul Abrahamian, and his cockiness is already rubbing people the wrong way. As soon as he’s vulnerable, people are going to start taking shots at him. It’s a long summer to paint such a big target on yourself in the first week.

Sam (down 5) clearly didn’t gel as well with the group as we thought she would, which is unfortunate because she’s incredibly sweet and genuine. But maybe that’s the problem. She’s not "bro" enough or "babe" enough for most of these people, leaving her on the outside. She broke our heart as she wept about feeling shunned by the house in the Diary Room, and then to Tyler in her appeal to stay. He nominated her anyway, but we think he was just going the safe route, and she really should have nothing to worry about this week. If people don’t take the time to get to know her, though, she won’t be long for this show, which is unfortunate as she’s such a delight.

Steve (even) was basically a dead man walking the second he came into the house. He’s a 40-year-old man and he’s not nearly in as good of shape as all the bros, so he’s going to struggle in all of the physical competitions. We totally saw that tonight as his performance was so, so, so (to infinity and beyond) very bad. Plus, they’re not going to bond with him socially. If you’re the old dude and you’re available as a first nominee, you’re ass is gone. That’s all there is to it.

There’s the Power of Veto yet that could still save one of the nominees. If Swaggy C has his way and he or any of his minions win that, he’ll probably be taking down the house’s obvious target and putting up one of his personal targets instead, Angela and Winston. What he doesn’t know, though, is that they’re part of a six-person alliance that already seems tighter than his. 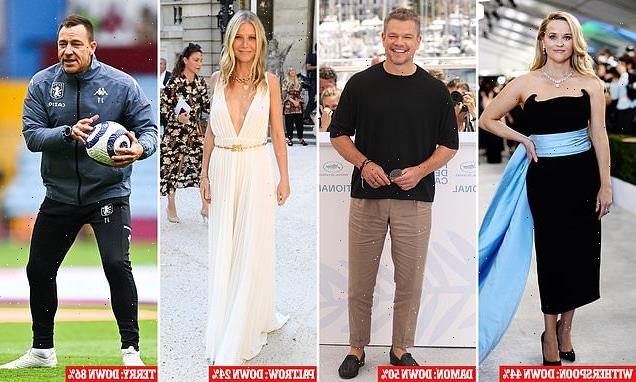