'Big Brother': Sarah Beth Cries, Says She's on Block for Not Being 'Likable' and Fans React

Moves on Big Brother can be strategic or personal. Sarah Beth Steagall was crying on the latest episode because she thinks she’s being targeted for not being likable.

[SPOILER ALERT: Spoilers ahead for the Big Brother 23 episode on Sept. 1.]

Sarah Beth cries, says she’s on the block for not being likeable

Tiffany Mitchell won Head of Household (HOH). She targeted Sarah Beth by putting her on the block next to her closest ally, Kyland Young. But Claire Rehfuss became the secret HOH and decided to keep the nominations the same on Sept. 1. This really upset Sarah Beth.

“Even anonymously, this is the shot people want to take? For what reason?” she asked Kyland. “Too good,” Kyland said. “Don’t flatter ourselves,” she said.

“We’re just not likable,” she said. Kyland told her to stop, but she continued. “No, I’m being serious.” She then started crying.

Kyland argued that didn’t make sense because people liked Christian Birkenberger, Travis Long, and Derek Xiao. “No, I think they did. I think that’s why I’m sitting here,” she said. Sarah Beth said unless she’s clueless about the dynamic in the house, then it doesn’t make sense to go after two people everyone is targeting with a secret HOH.

She said the only way this makes sense is if this isn’t about the game, but it’s personal. “I don’t know how to reason with that,” she said.

Fans reacted to this scene in a Reddit thread. They had different takes on Sarah Beth’s read to them staying on the block.

“Telling America to wipe their butts with the bb bucks..Crying about not being likable…Lol,” one fan wrote. Another fan replied, “she wants to be bad, but she can’t back it up.” A second fan wrote, “I liked her more after she said that!”

“Gosh I feel so bad for Sarah Beth, she’s so clueless. She has a feeling somethings up though, it’s kyland that’s playing head games with her,” one fan wrote.

But not everyone thinks she’s clueless. “SBs self awareness is her greatest strength lmao,” a different person wrote.

Fans were also agreeing that this doesn’t seem to be a smart move for people’s game. “Hmmmm, people not playing strategically… she may be on to something,” someone wrote.

What’s next for Sarah Beth on ‘Big Brother’?

The rest of the episode showed houseguests competing for the Power of Veto. Hannah Chaddha won, which was very disappointing for Sarah Beth. But there was still a little glimmer of hope.

Kyland said he thinks he can convince Hannah to use the veto on him. If he’s successful, they can focus on campaigning to save Sarah Beth’s game.

Unfortunately, Kyland talked to people about the veto might be ruining his game. Tiffany was angry hearing that he was trying to go back on The Cookout’s plan of sitting on the block next to their pawns. The next episode should show if his mission is successful. 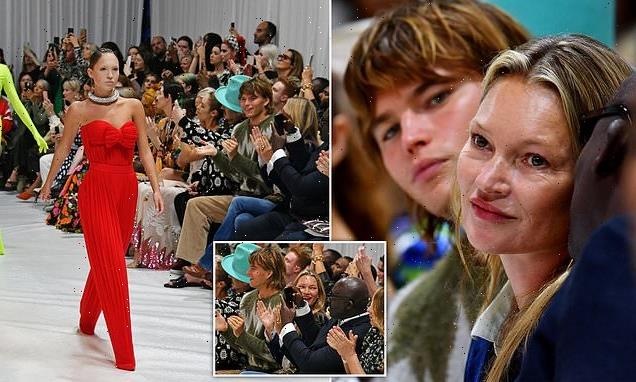