Bill Bailey is going from strength to strength with his Strictly Come Dancing journey. The multi-talented celebrity’s scores are increasing every week, as professional dancer Oti Mabuse puts him to work. Last weekend, their Street/Commercial routine scored 27 points – an almighty improvement considering he started the 2020 show with 15 points for his Cha Cha Cha. Presenter Claudia Winkleman was keen to hear his thoughts on his grown and conversation turned to who he had supporting him. For Bill, however, he revealed his son may have other priorities on a Saturday night than watching his dad dance on the floor.

“That’s my favourite entrance to the Chatter-pillar,” Claudia remarked.

“It was a fantastic result, brilliant score and really a testament to all the hard work we put in – in training,” Bill replied.

“Let me ask about your son, I believe he is 17. What does he think of what’s going on? Is he like ‘Go for it dad! I’ll be glued to the screen!’” The presenter continued. 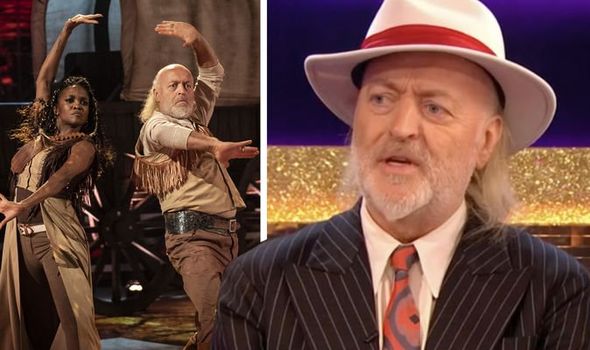 “I don’t know really, I don’t know whether he is even watching it, if I’m honest,” The comedian commented.

“Occasionally I get a WhatsApp message ‘Dad’s done well.’”

“Oti, he is brilliant for you – isn’t he?” Claudia asked Oti. “In six years on this show, you’re saying you’re having the best time, something special.”

“I am,” the dancing champion replied. “He is so emotionally stable, I’m allowed to be emotionally crazy. There’s a bit of a balance and I appreciate him.” 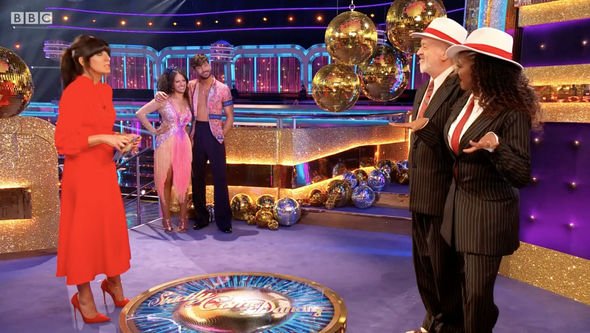 Bill’s son Dax, is not included in his Strictly bubble – but his wife, Kristin is.

“It’s quite cosy in there!” Bill said.

“Our teenage son lives with us, but he’s not allowed to be part of the bubble. To be honest, he’s loving it!” He told Graham Norton on his self-titled show. 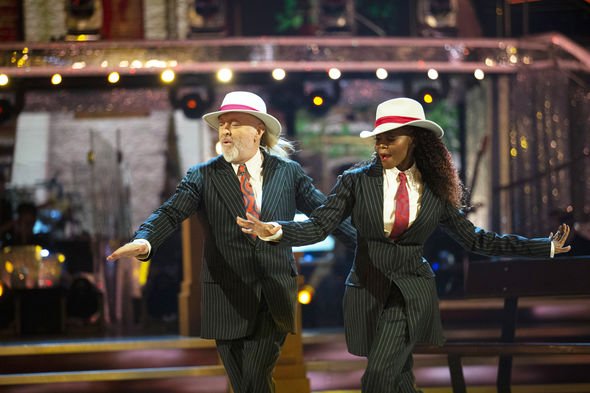 As for how Bill is going to fare on the show, he is proving popular with those watching at home on a Saturday night.

According to Coral bookmakers, Bill is onto lift the Glitterball Trophy next month.

“We didn’t give Bill a look in when the class of 2020 was confirmed but he has taken this series by storm. He is remarkably now odds on to win the Glitterball Trophy,” said Coral’s Harry Aitkenhead.

Following last weekend’s performance, he is onto 4-6 to win.

HRVY is the second favourite at 4-1/, while Maisie Smith is 6-1 after surviving the dance-off.

Who will be the next to leave the show? Concentration camp guard, 94, who lived in Tennessee for 60 years will be deported to Germany after losing appeal