Bite Club should be quality Australian drama, but instead it's mere bait 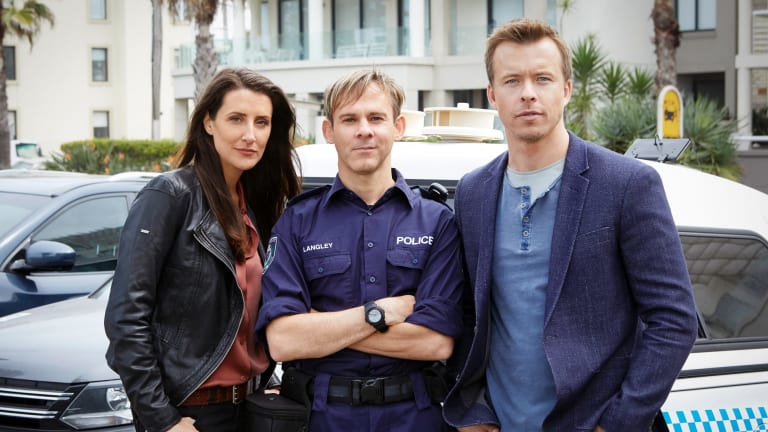 There's a clue in the press release promoting Bite Club as to how and why it was made, with Screen Australia CEO Graeme Mason quoted as saying: "Sydney locations promise to deliver a crime thriller series with an unmistakably Australian feel … this series is bound to resonate with Australian audiences and beyond, as we expect this show will also have strong international appeal."

And there you have it: stick together a good-looking cast, plonk them in front of some prime beach-front locations (with Bondi being booked up with Bondi Rescue, Bondi Vet and Top of the Lake: China Girl, Manly is the location of choice), throw in a you-bloody-beauty shark attack, a creepy former hobbit (no, not that one, the other one – keep going, yep, Merry) and – presto! – you can almost hear the bigwigs at Nine, Screen Australia and Create NSW rubbing their hands together with glee at the thought of the international sales prospects. 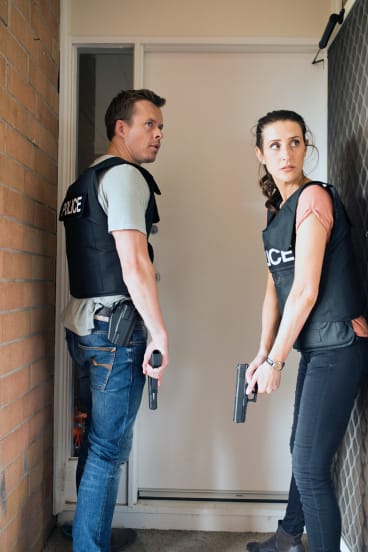 Bite Club has clunky dialogue and a plotline lacking subtlety.

"They'll bloody lap this up in landlocked Moldova and Switzerland," they'll cackle. "All those shots of the beach! And what about bloody Norway! It's dark eight months of the year, they'll love a bit of Aussie sunshine."

"Don't forget the Brits," adds another. "They're bloody terrified of sharks and we've got sharks all over this bloody thing!"

The thing is, what if it's not good enough to sell overseas? I'm all for a bit of Aussie pride, but don't we want to send them the good stuff?

If anyone knows what it's like to be fed a steady stream of sub-par international television, it's Australians. Remember what TV was like before streaming? Before Netflix, SBS On Demand and ABC iview saved us all? If you don't, take a look at what's playing on 7Mate, Eleven or 9Gem. Half an hour spent with reruns of Escape to the Country, Judging Amy and Touched by an Angel and you'll remember what the seventh circle of hell is.

The thing is Bite Club should be good – it has spunky leads (Todd Lasance and Ash Ricardo), national treasure Deborah Mailman, a beach that isn't Bondi, an ageless Damian Walshe-Howling, a – cough – international star in former hobbit Dominic Monaghan and a good ol' will-they-get-back-together plotline mixed in with the shark stuff. See, ice to eskimos!

Unfortunately, what it also has is clunky dialogue ("Back a few weeks and this cold case rears its head"; "Well, you think I did it?"; "Maybe." Clang!), a will-they-get-back-together plotline that's about as subtle as a bull shark, a creepy hobbit (really? Monaghan was the biggest international star they could get? What about hobbits one, two and three?), improbable plotting and case solving that's ridiculously easy (here's a suspect conveniently showing his face to CCTV cameras).

This is not cultural cringe – it's a call for quality control. Bite Club could be a good Australian drama. Selling a glossy crime show overseas with sharks and sunshine should be a no-brainer. But if we send them shows with clumsy dialogue and a twist that's about as obvious as the dodgy CGI in Bite Club's opening scene, we're not doing ourselves any favours.

On the evidence of the first two episodes, Bite Club isn't going to win any awards, but at least it's local drama employing local people … and a hobbit. Fingers crossed it improves, otherwise it will end up as mere burley in international TV waters.