The Chase: Bradley Walsh tells contestants 'no need to whisper'

Bradley Walsh was joined by Helen, David, Lewis, Claire in the ITV studio this evening, all hoping they were in the for a chance of taking home a portion of the jackpot. But standing in their way was Mark ‘The Beast’ Labbett. During the final round, those watching at home saw The Chase host tell the team off when they tried to discuss an answer.

Helen was up first and she managed to answer six questions correctly in her cashbuilder.

The jackpot began with £6,000 when she managed to beat Mark at the table.

Lewis, who accumulated £4,000 in his quick-fire round of questions also made it back, and so did the final player, Claire, with another £8,000. 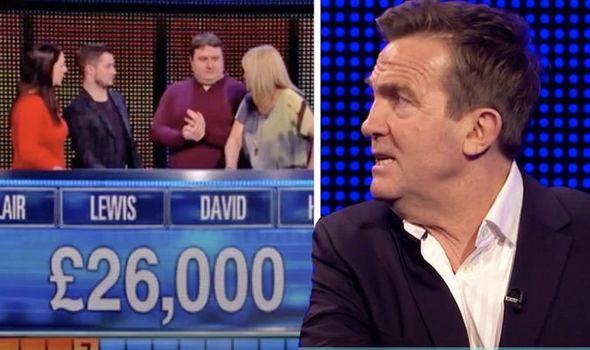 We will use your email address only for sending you newsletters. Please see our Privacy Notice for details of your data protection rights. Bradley Walsh scolds Anne Diamond after ‘breaking’ The Chase rules

With £26,000 in the pot it was all to play for, but the team needed to answer as many questions as possible in the final round.

Those watching at home saw the contestants answer 15 questions between them, giving them a 19 step head start.

Bradley said: “That is the fun zone. A couple of pushback and we’ll be alright.”

When Mark came out of the tunnel, he commented: “Famous last words, but I reckon this could go down to the last question.” 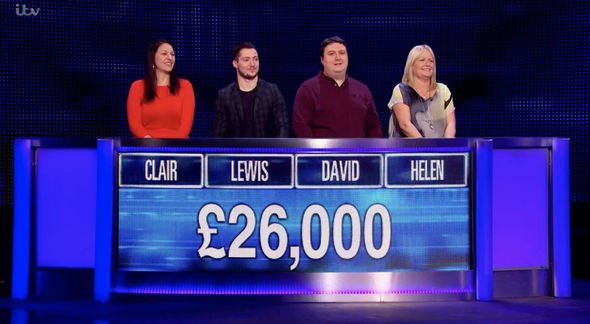 The game was on and Mark was the only one who was able to stop the player’s from going home with any money.

“Damascus,” the quiz brain answered which was wrong.

This gave the team a chance at pushing Mark back. 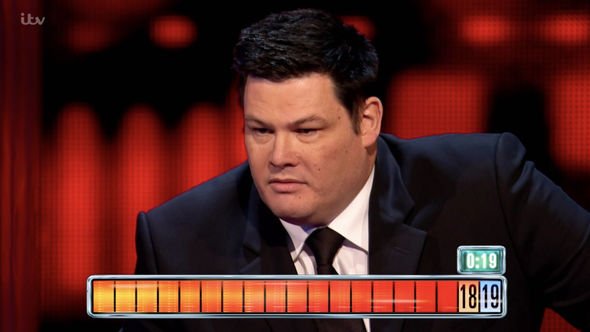 Bradley reiterated the question and the player’s set about discussing the possible answers.

“What do you think?” Helen asked and David answered: “Jerusalem perhaps?”

“Shall we go with that?” Helen continued but they were interrupted by the presenter remarking: “No need to whisper team.”

“Jerusalem,” Helen then offered as their answer, which was correct.

Mark got another question wrong and the team seized the pushback.

But this was not enough to stop him from storming ahead and catching them up and with 19 seconds remaining, they were caught.

“You guys were unlucky,” Mark added. “Two or three [questions] I was about to say ‘pass’ on then the answer came to me. On another day you would’ve won.”