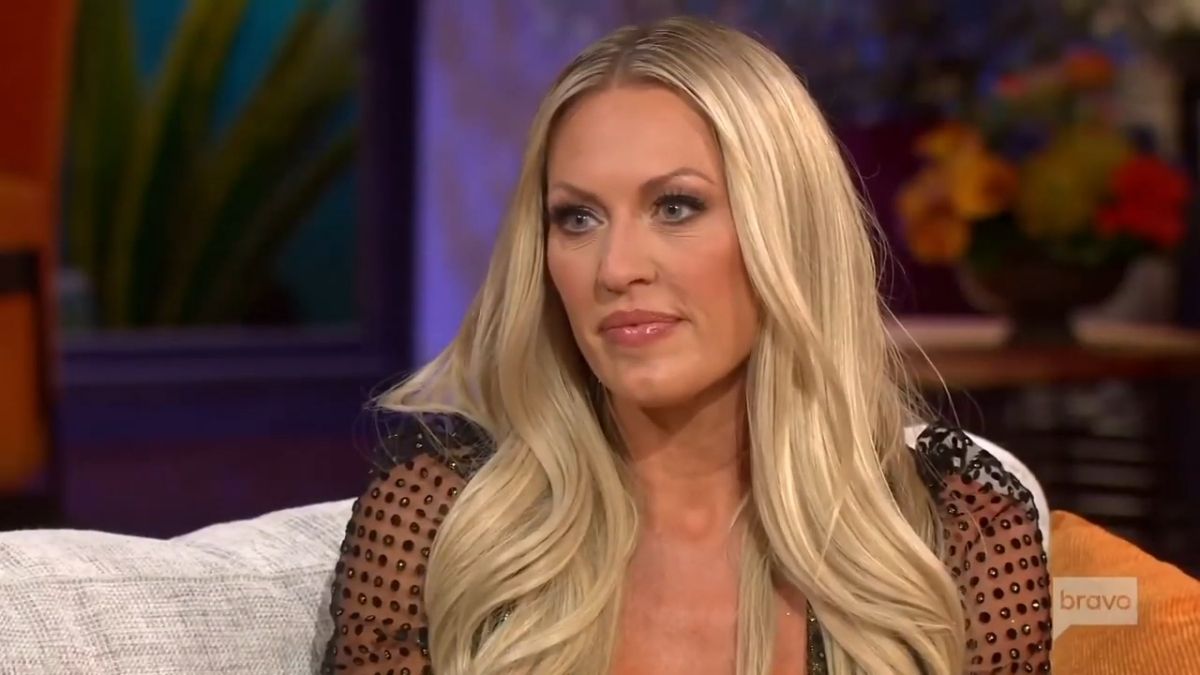 But, maybe we’ve been a bit too hasty to judge the show before it even airs. With mostly newbies left on the cast, fans are not too excited about the premiere.

But, despite the skepticism, the show will still have its share of drama –at least where newcomer Braunwyn Windham-Burke is concerned.

We don’t know what exactly went down between the second season alum and her costars, but whatever happened led to the demise of her relationship with the ladies.

Brauwyn is not speaking to any of the RHOC cast

Braunwyn recently opened up to Digital Spy about what we can expect for the upcoming season.

And, it’s going to be a rough one for the mother-of-seven.

“I let the cameras into some really real, raw moments,” shares the Orange County housewife.

“You come on a journey for me that I think is going to help a lot of people. I know it is. When you start changing sometimes, not everyone is comfortable with [it]. You go through a big period of growth, and it made a lot of the women uncomfortable. And that’s okay.”

Braunwyn reveals, “I think that’s a very, very easy thing to say… Right now, I’m not speaking to any of my cast. And, you get to see how that all happens.”

However, despite the current relationship with her castmates, the 42-year-old says, “I’m very happy with where I’m at right now.”

She also had a message for the RHOC ladies, “You don’t have to support me, but get out of my way!”

Brauwny and Gina will go at it this season

One person who may want to “get out of her way” is co-star Gina Kirschenheiter.

The two butted heads last season and will go at it once again when Season 15 airs.

The blonde beauty dished some tea about her tense relationship with Gina saying, “Gina and I come from very different places.”

“I’m light and sunshine and happy, and I always like to try to find the good in things,” Braunwyn continued.  “And I think that annoys the shit out of her. I will say, though, that out of everyone on my cast, though, Gina calls it like she sees it.”

She tells the media outlet, “I do respect and admire that about her. She says what she feels, and she does it 100-percent authentically. Gina doesn’t like me, but she doesn’t like me, and she tells me to my face. I do actually have a lot of respect for that!”