Following an incredibly funny set which consisted of childhood memories, taking black cab rides and withdrawing cash from a bank, he was given a standing ovation.

Talking about his act, Amanda Holden kicked off the feedback and said: “Kojo, when you first came on, I loved hearing about how you’ve grafted, how you’ve honed your act, you’re little family and the act just got better and better and by the end you were like ‘Yes I’d pay money to see this man’ congratulations.’”

Alesha Dixon, who knows Kojo personally, added: “I’m so happy right now! I’ve always respected you, my respect level for you has gone way up there my friend. And let’s see how far you can take it now!”

David Walliams, who is known for his comedy, remarked: “Well you know, when somebody is really funny there is not much to say other than you are brilliantly funny.

“You made everyone laugh, you’ve got all bases covered as a comedian, you are brilliantly likeable, you’ve got fantastic observational routines. I think you did yourself proud today.”

It was then Simon’s turn to give his thoughts and he said: “Kojo, what was quite amazing was I felt you were nervous then I could see the audience reacting to you and you reacting to them.

“But I’m going to be honest with you Kojo, I don’t really like comedians on this show,” the judge continued, to which those watching at home then saw Kojo’s face drop.

But Simon added: “But I love you.” He then stood up out of his seat and slammed the Golden Buzzer.

Completely taken aback by the moment, Kojo fell to the floor and the golden confetti descended from the sky in a spectacular moment of joy. 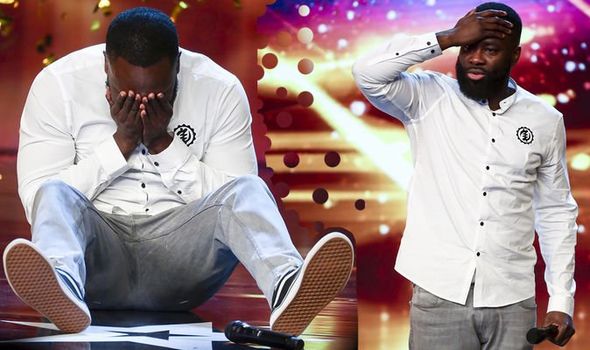 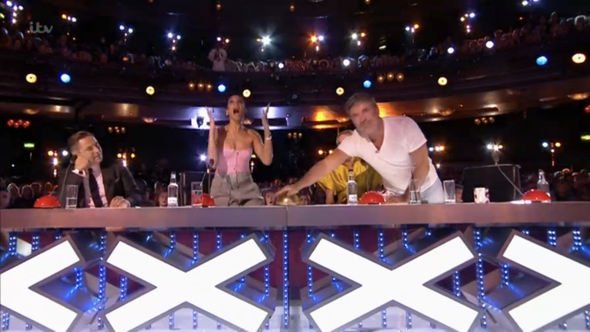 Joining his Golden Buzzer act on the stage, Simon told Kojo why he thought he deserved a place in the semi-finals.

“I get it, I really get it,” he stated. “I have to tell you, I don’t know what it is, but you’re so funny and so unpredictable.

“You’ve just got the most amazing energy. This is the break you have been waiting for, I could not be happier for you, enjoy this,” he continued as he embraced Kojo.

Those watching the touching moment at home took to Twitter to praise Kojo’s act.

One said: “#BGT #Kojo You are amazing I could not stop laughing really well deserved #GoldenBuzzer Thankyou @SimonCowell.” 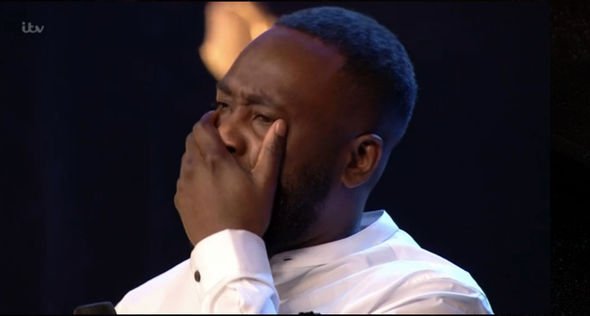 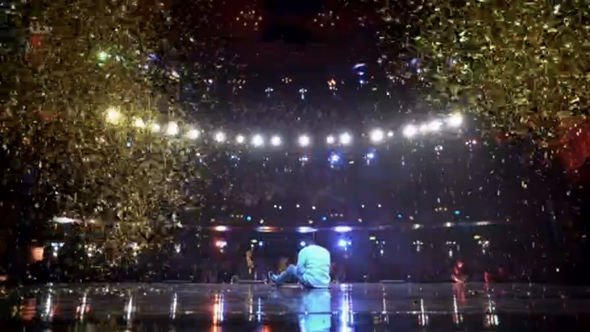 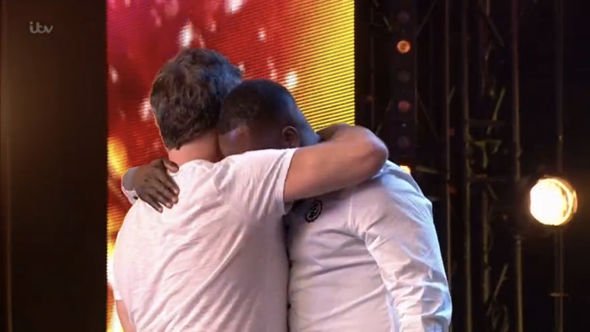 Another added: “How b****y amazing was that??? #BGT KOJO was brilliant. Worthy golden buzzer winner #GoldenBuzzer.”

“Really loved #Kojo on #BGT Golden Buzzer well deserved. Anyone who makes me laugh is a winner for me,” a third remarked.

It comes after other viewers suggested Act ‘X’ magic act was “staged”.

Also on the show, a stuntman set himself on fire whilst attempting to get himself out of a straight jacket.

But did he succeed?

Britain’s Got Talent returns next Saturday at 8pm on ITV.